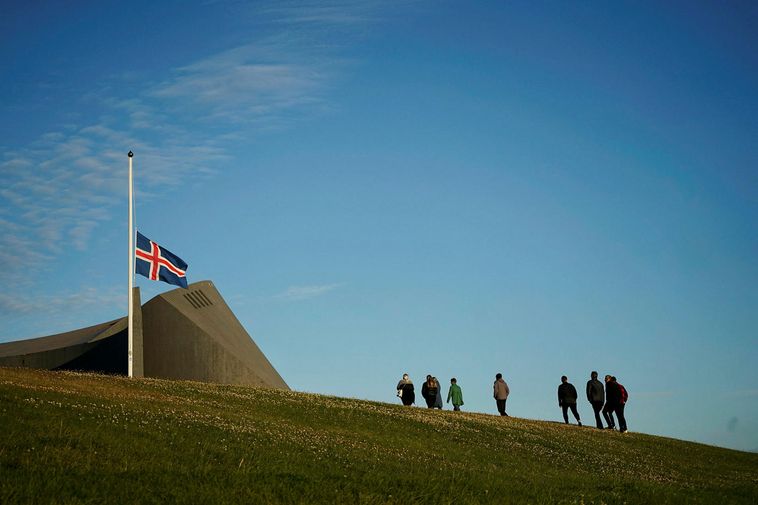 The residents of Blönduós going to church last weekend where there was a special service and a trauma team present to assist a small community still in shock. mbl.is/Hákon

The police planned to document a report from Kári Kárason at the hospital yesterday, but he has gained consciousness after being shot in Blönduós over a week ago. According to the police and doctors Kárason should be able to give his account of what happened. Páley Borgþórsdóttir, a policeofficer in Northeast confirmed this in talking to Fréttablaðið.

The police thinks they will get a fuller picture of what happened at this terrible attack. Kárason was shot with a shotgun in his own home in the attack which resulted in his wife, Eva Hrund Pétursdóttir, lost her life.

There are no news yet of Kárason's account of events from the police.

Two dead and one injured after a fatal shooting in Blönduós