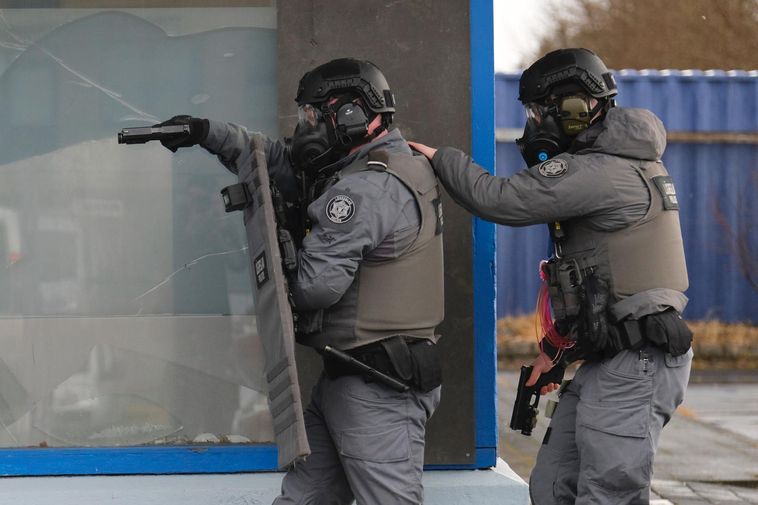 At a meeting today, the National Association of Police Officers (LL) will be discussing Icelandic police officers’ safety and whether they should carry weapons. Fjölnir Sæmundsson, head of LL, states that opinions on this issue vary. This discussion happens in the wake of two shootings in Reykjavík in less than a week that left three people injured.

“We have the special unit [of the national police commissioner], which is armed. No other police officers constantly carry weapons. In many parts of the country, firearms are located in a locked compartment inside police cars. Police officers have received training in using them and are allowed to carry weapons, based on the decision of their superior in each case.”

It should be noted that police officers at Keflavík International Airport have occasionally carried weapons temporarily in connection with an imminent terrorist threat.

Fjölnir states that whenever there is a situation requiring weapons, the special unit is called out. If there is a long wait for its assistance, such as outside the capital area, then general police officers may carry weapons.

“What worries me is how easy transporting all sorts of firearms to Iceland appears to be,” Fjölnir notes. “In order to import a machine gun to the country, it appears to suffice to say you’re a gun collector. To me, that’s reason for concern. Still, I believe the vast majority of those who have a gun license take care of their guns and lock them up. But there are instances of firearms having been stolen in burglaries and used.”

Police officers wear safety vests, so-called knife vests. Heavy plates, located inside police cars, can be inserted in them, making them bulletproof. Bulletproof helmets, too, are located there.

“I think the state of affairs in this regard is generally good, and the special unit is usually quick to arrive on the scene. But you fear the worst and have a feeling it will happen sooner rather than later.” It is hard to believe there have been two shootings in Reykjavík in less than a week, he concludes.