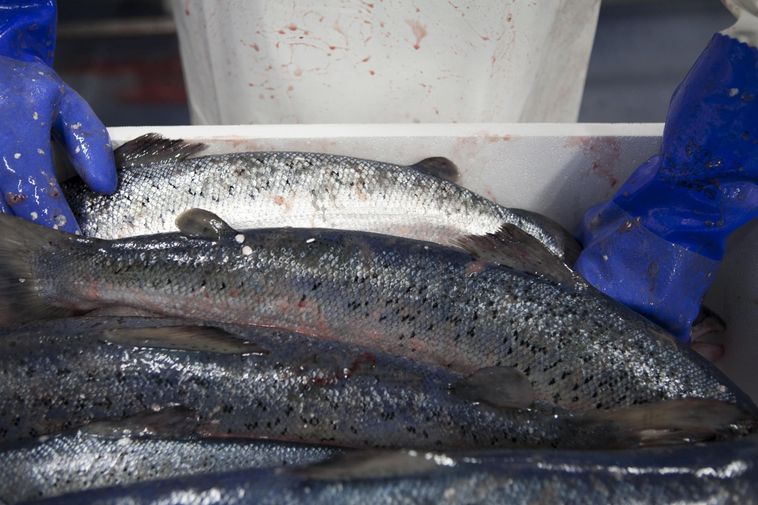 The production of farmed salmon in Iceland increased by more than 12,000 tons last year, that is, by 35 percent, Morgunblaðið reports. Sigurður Pétursson, founder and former managing director of Arctic Fish, states that nowhere in the world has there been such a rapid increase in the production of Atlantic salmon. He calls it a world record. Production in fish farming as a whole increased somewhat less, or by 31 percent, due to stagnation in the production of farmed Arctic char, which has faced obstacles at markets.

More than 46,000 tons of salmon were produced last year, according to information from MAST, the Icelandic Food and Veterinary Authority. That exceeds expected production by 3,000 tons.

According to Gísli Jónsson, veterinarian at MAST, there are two reasons why the production exceeded expectations: Salmon grew fast in marine pens in late summer and into fall, causing some companies to start slaughtering early to reduce crowding at the growing grounds by winter. Secondly, a viral disease that came up in salmon in Reyðarfjörður, the East Fjords, caused the emptying of marine pens to be expediated in certain breeding grounds.

Salmon farming is mainly done at sea farming facilities in the West Fjords and in the East Fjords of Iceland. Land based fish farming has decreased, most likely temporarily.

The largest producer of farmed salmon in Iceland is Arnarlax, which produced 23,600 tons last year, followed by Arctic Fish, with about 23,400 tons. Sea farming facilities in the East Fjords are growing rapidly.

Gísli believes that the rapid growth we’ve recently seen in farmed salmon production in Iceland will slow down in the coming years. He expects some production increase this year, likely resulting in total production being in excess of 50,000 tons by the end of the year.