Steinn Björnsson, farmer at Þernunes in Reyðarfjörður, the East Fjords, is the owner of a precious Jewel, for that is how the name of this now famous ram, Gimsteinn, translates into English. The ram is truly precious, for it was announced yesterday at a press conference that it has been found to carry a genotype, ARR, internationally known to be protective against the devastating disease scrapie, mbl.is reports.

So far, whenever the disease comes up at a farm in Iceland, all the sheep on that farm have had to be slaughtered. With the discovery of the protective genotype in Jewel and five ewes at the same farm, that is bound to change. 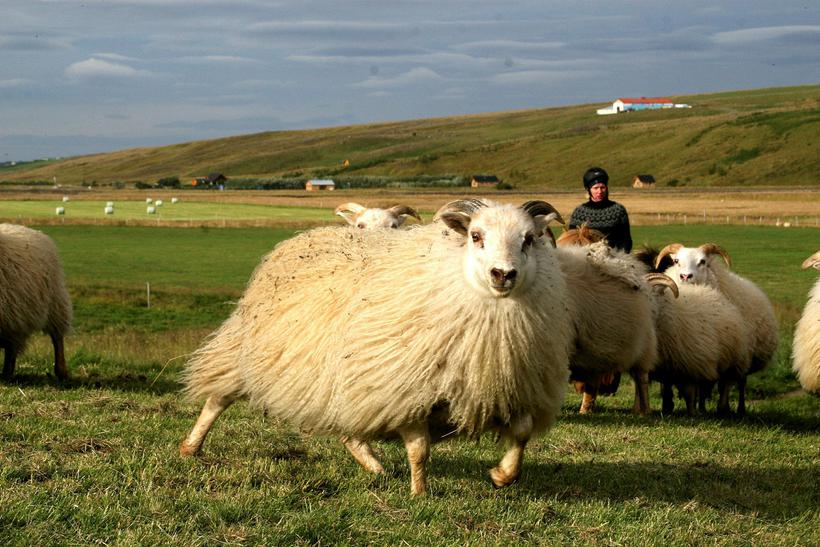 Not only is the name of the ram appropriate, but two of the ewes happen to be the namesakes of Minister of Agriculture Svandís Svavarsdóttir and Prime Minister Katrín Jakobsdóttir. Their names are Svandís and Katrín. The other three have names derived from our most famous Icelandic saga, Njal’s Saga.

Further research revealed that four additional sheep at the same farm carry the genotype, according to the government website .

See our report from yesterday here , describing the disease and how it was carried to Iceland.

Scientists had been searching for the protective gene in sheep in Iceland for two decades.

Mbl.is reports that based on research done abroad, one can expect it to take about two decades for the ARR genome to become dominant among Icelandic sheep, thereby eliminating problems created by scrapie.

The next step in the research will be to find out how widespread the protective genotype is in Iceland and how this newfound knowledge can be used in sheep breeding.