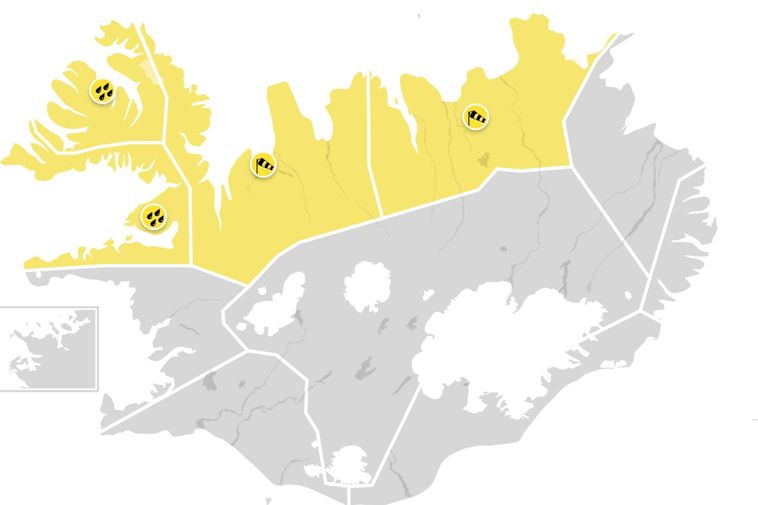 Debris flows (mudslides), and slush floods can be expected in the western and northern parts of Iceland today, due to precipitation and rising temperatures, mbl.is reports.

According to the Icelandic Met Office, there is a considerable risk of avalanches in the mountains in the northern part of the West Fjords, on the Tröllaskagi peninsula in North Iceland, in Eyjafjörður fjord in North Iceland, and in the East Fjords.

A yellow weather alert is in effect for the Breiðafjörður bay area in West Iceland, for the West Fjords, Northwest Iceland and North Iceland until tonight.

In the west today, moderate or heavy rain is expected, and in the north, a gale or severe gale is forecast.

In the Breiðafjörður bay area and in the West Fjords, higher water levels are anticipated in rivers and springs and increased runoff and risk of flash floods and landslides that can cause travel disruption and damages. A higher strain is anticipated on drainage systems. People are advised to clear drains to prevent flood damage.

The severe gale forecast in North Iceland can be hazardous for vehicles sensitive to wind. Travelers should plan accordingly. People are advised to secure their neighborhood.

For a detailed forecast, see vedur.is.