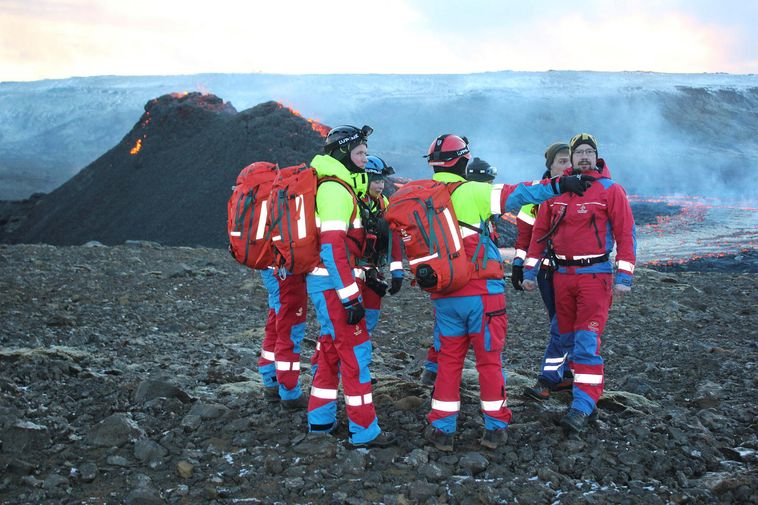 ICE-SAR (the Icelandic Association for Search and Rescue) rescue teams were called out 1,196 times last year, Morgunblaðið reports. Between 2005 and 2020, they were called out on average 1,082 times a year.

Their biggest projects of the year were related to the Fagradalsfjall eruption, Southwest Iceland, March 19 – September 18.

“Every time we’re called out and every project we work on gives us new knowledge,” states Guðbrandur Örn Arnarson, project manager of operations at ICE-SAR. The rescue work is constantly evolving, including procedures and organization.

Guðbrandur states that during the volcanic eruption, rescue teams learned a great deal about gas pollution and how to be protected against it. At the eruption site, rescue teams from all over the country took part in the operation. “ICE-SAR, with its 93 rescue teams, forms a strong and disciplined unit, which is essential in the face of large projects,” he notes.

In addition to the eruption, other large projects included floods and landslides in Siglufjörður and in Útkinn, North Iceland.
Small rescue teams oftentimes end up dealing with the larger projects, Guðbrandur states. “Natural hazards in the north make us wonder whether the climate is changing, including more precipitation. As far as rescue work is concerned, we need to follow closely the discussion about climate change,” he concludes.