Cats in Akureyri: Indoors or On a Leash 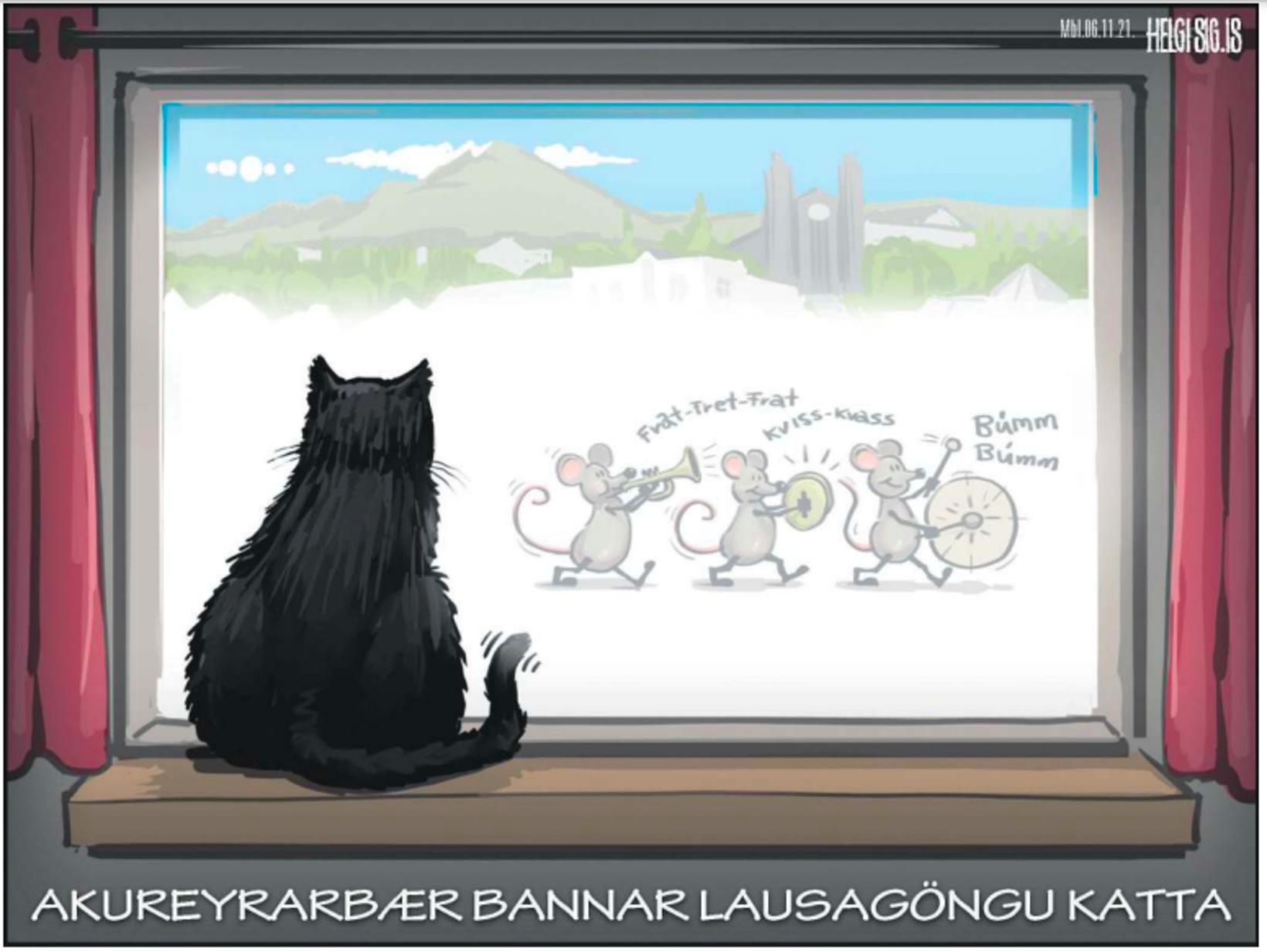 "The town of Akureyri prohibits cats from being outdoors," the caption reads. Cartoon/Helgi Sig

A decision approved last week by the majority of the town council of Akureyri, North Iceland, has caused quite a stir: all cats in Akureyri will have to remain indoors as of January 1, 2025, unless they’re on leash. Seven council members approved the decision, while four voted against it, mbl.is reports

Council member Hilda Jana Gísladóttir, who opposed the decision, issued a statement, saying  that next to nothing had been done to enforce rules already in place, or to find any middle ground, such as by prohibiting letting cats out at night and during the nesting time of birds. 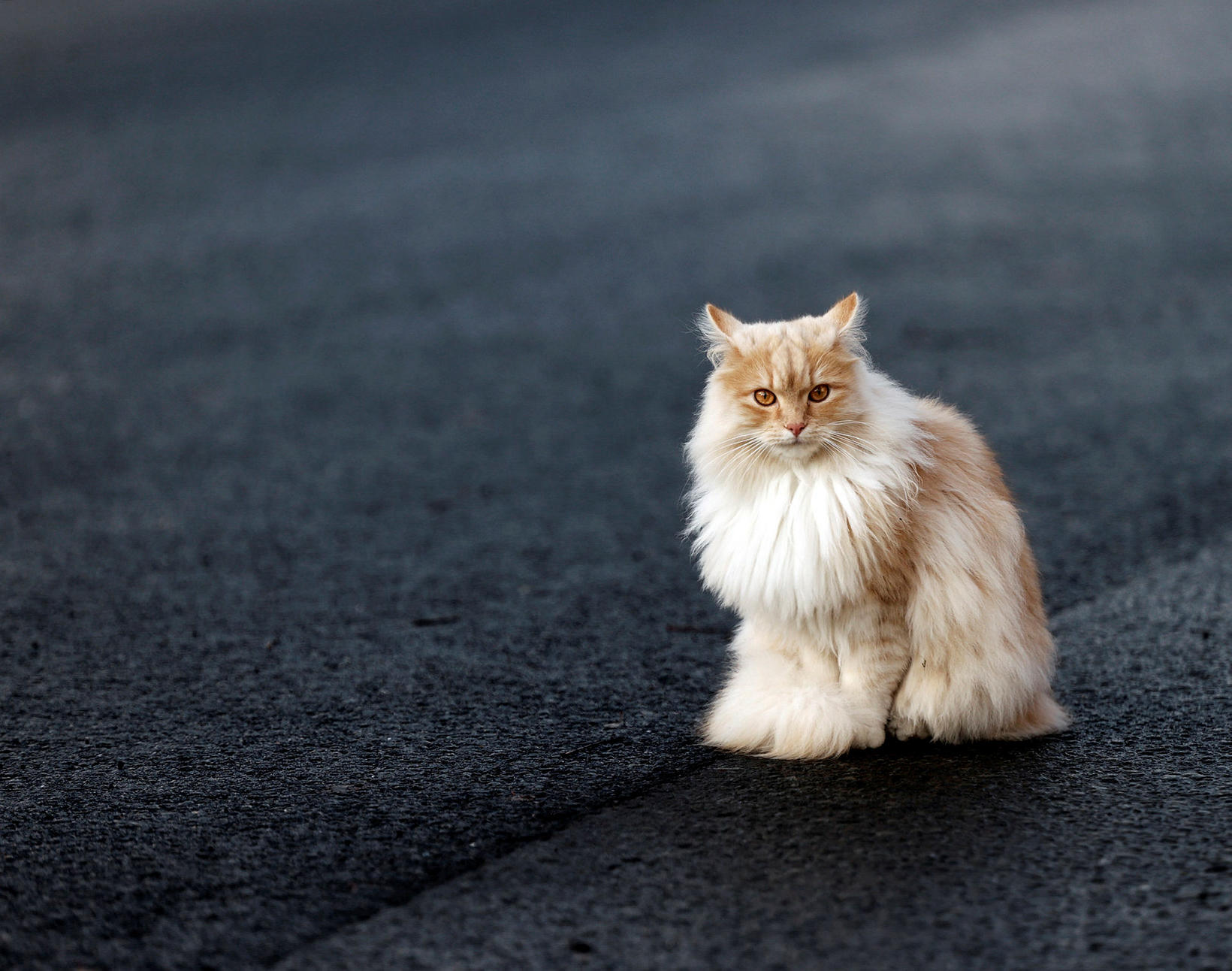 
She admits, though, that the result of a poll conducted in 2018 by the University of Akureyri Research Center could not be ignored. The poll showed that nearly half of the residents of Akureyri supported such a ban. The town council regularly receives complaints from residents who state that cats stray into their yards and their houses. 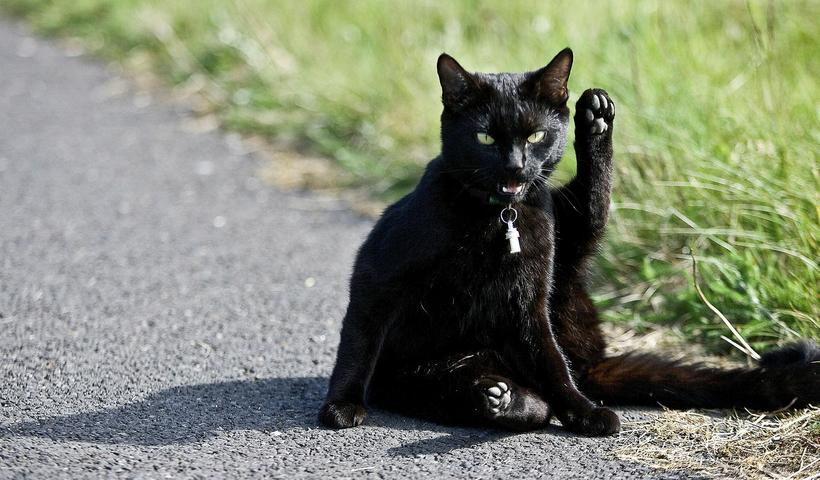 Meanwhile, ornithologist Jóhann Óli Hilmarsson welcomes the decision, telling mbl.is , “It is only a question of when this will happen in the whole country.” As an ornithologist, he is pleased that the safety of birds will increase. “The hunting instinct of cats is so strong,” he adds, “that you can’t eliminate it.” He believes cats’ main role is to catch mice.

The Icelandic Association of Veterinarians issued a statement , lamenting the ban, calling it an assault on the natural behavior of cats and their welfare.

Morgunblaðið ’s cartoonist Helgi Sig, gave his humorous view of the ban in the cartoon you see above.

Finally, Hilda and her husband decided to attempt taking their cats out on a leash, practicing for the future ban. The result can be seen here: