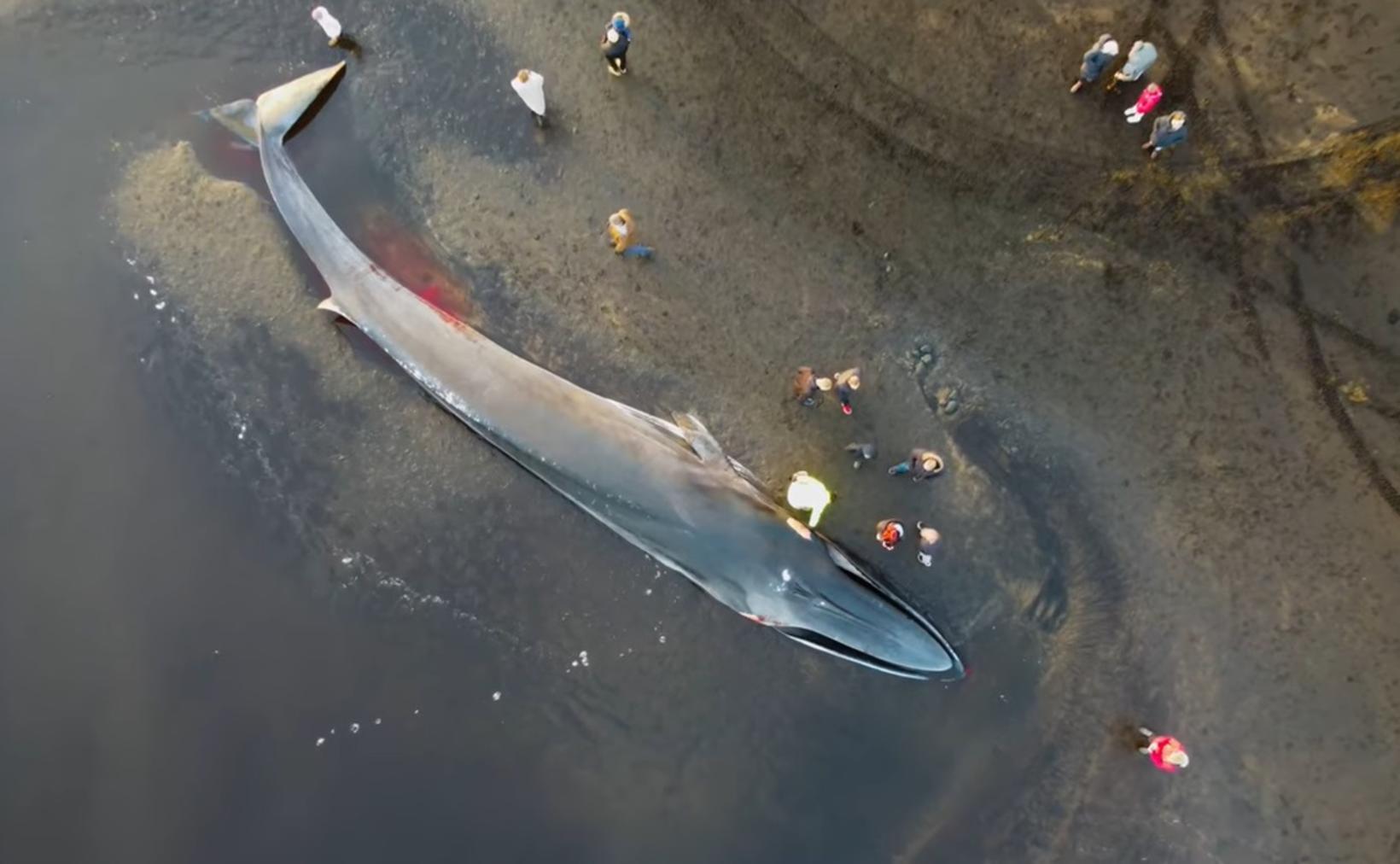 A bird's eye view of the whale. Screenshot/Donatas Arlauskas

A beached whale, discovered yesterday just east of the town Þorlákshöfn, Southwest Iceland, is believed to be a small finback whale, mbl.is reports. Biologist Sverrir Daníel Halldórsson spoke with mbl.is shortly after he began examining the carcass. He stated the whale was still partly in the ocean and looked like it had recently beached.

Sverrir noted that the carcasses of finback whales most often sink in the sea, whereas the carcasses of humpback whales, for example, usually float. He does not know what happened to the whale, and he stated he hadn’t noted any injuries. 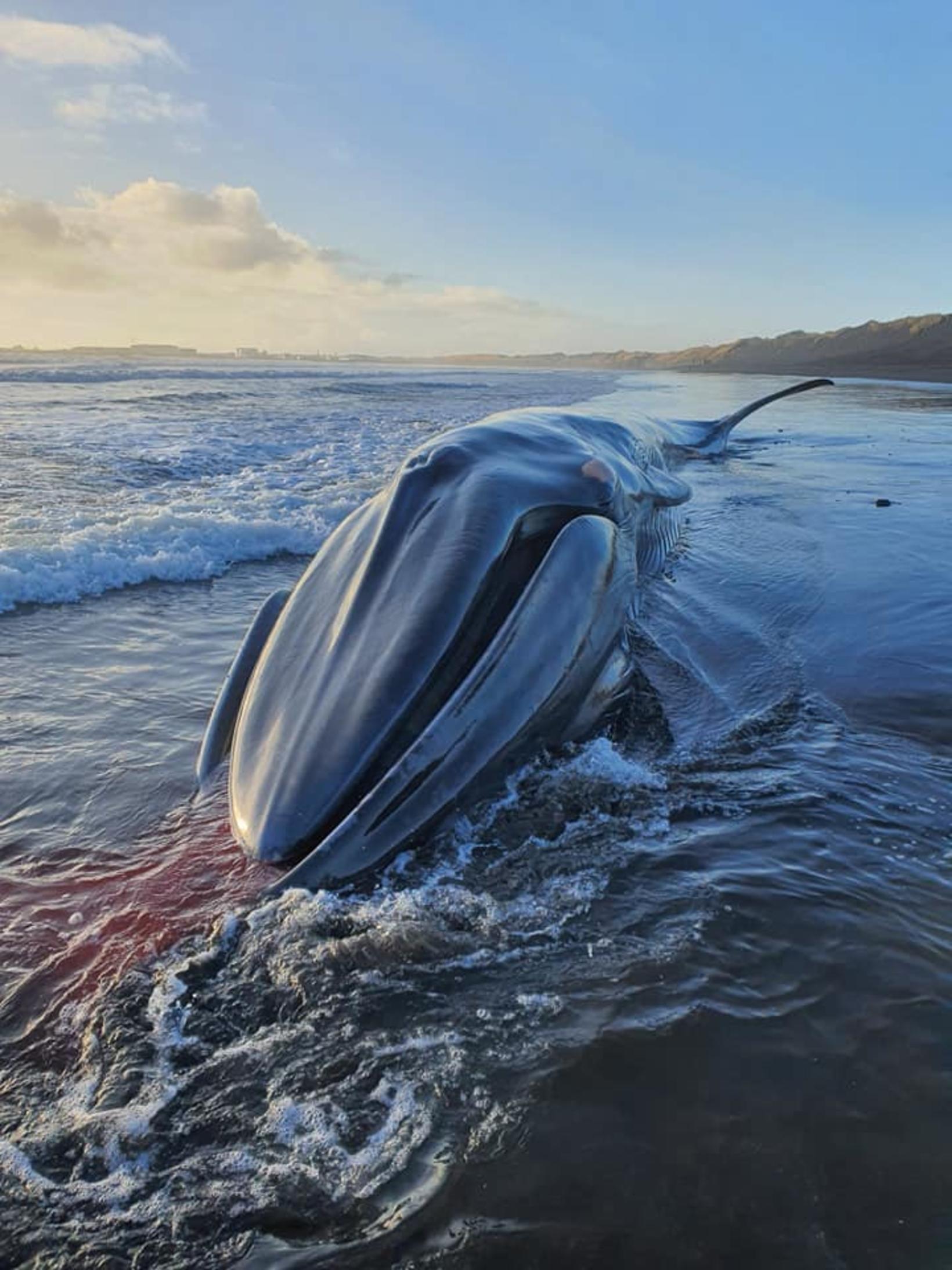 Most likely, this is a small finback whale. Photo/Grétar Ingi Erlendsson

What happens next will be decided by the Environment Agency of Iceland and Ölfus municipality. Sverrir finds it likely that the carcass will be buried in the sand on the beach.

Ísak Már Jóhannesson, specialist at the Environment Agency states that the agency follows a procedure policy regarding beached whales and will coordinate the measures to be taken.

The best option, he explains, is usually to bury the carcass in the sand on the beach or nearby, but if access to a beach is difficult, then carcasses are typically pulled out to sea and sunk, as was done when a school of pilot whales beached recently in the Strandir region of the West Fjords. See our report here .

Donatas Arlauskas flew his drone over the beached whale. Take a look at the impressive video he recorded: