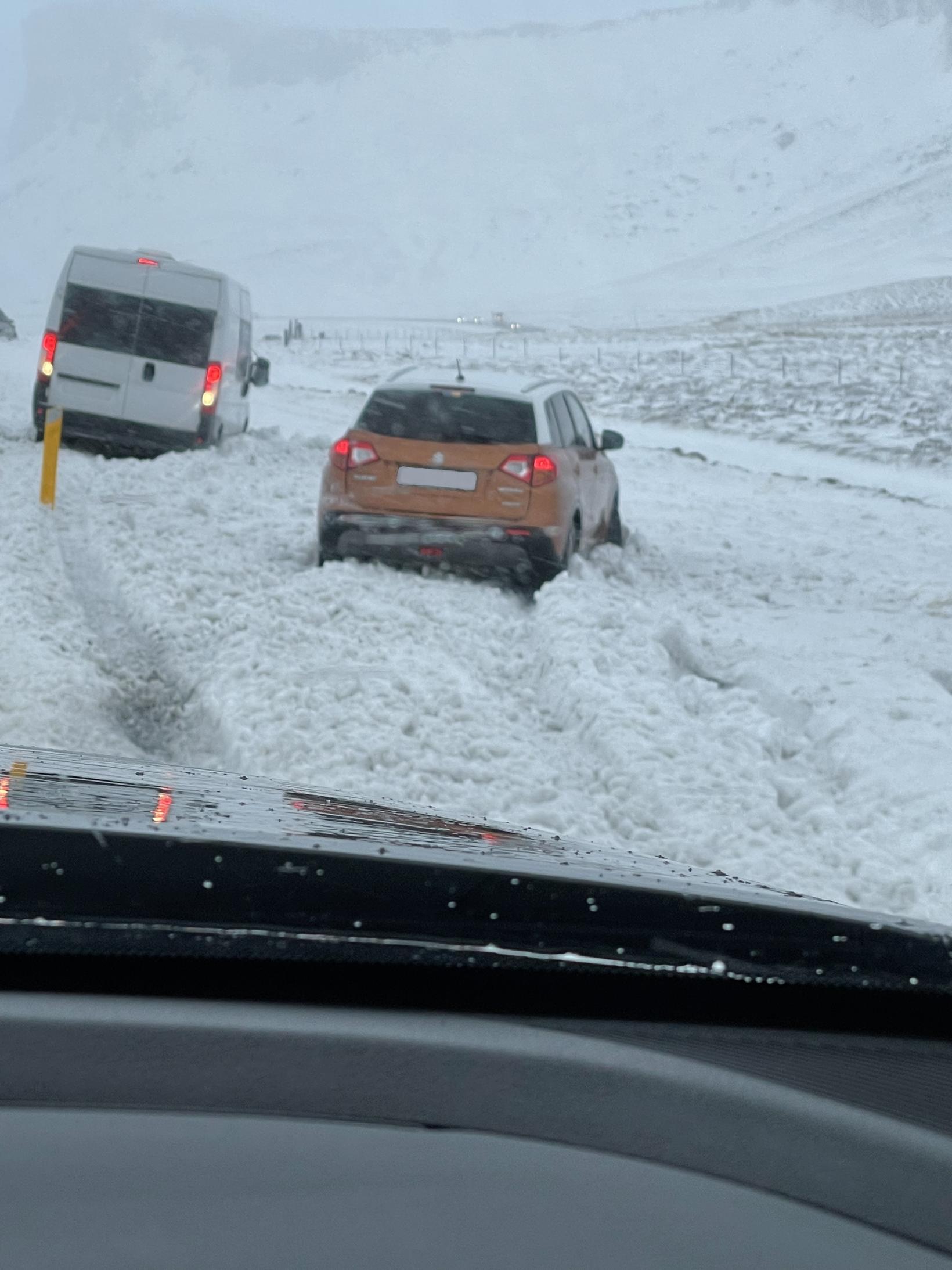 Winter’s sudden arrival in many parts of Iceland yesterday created problems for numerous drivers, who were caught by surprise, Morgunblaðið reports. In many areas, there was a yellow weather alert due to stormy conditions, especially in the south.

The eastbound lane of Hellisheiði mountain pass, which connects the capital area and South Iceland, was closed for a while after a truck blocked two lanes. At least ten passenger cars landed off the road due to the icy conditions. 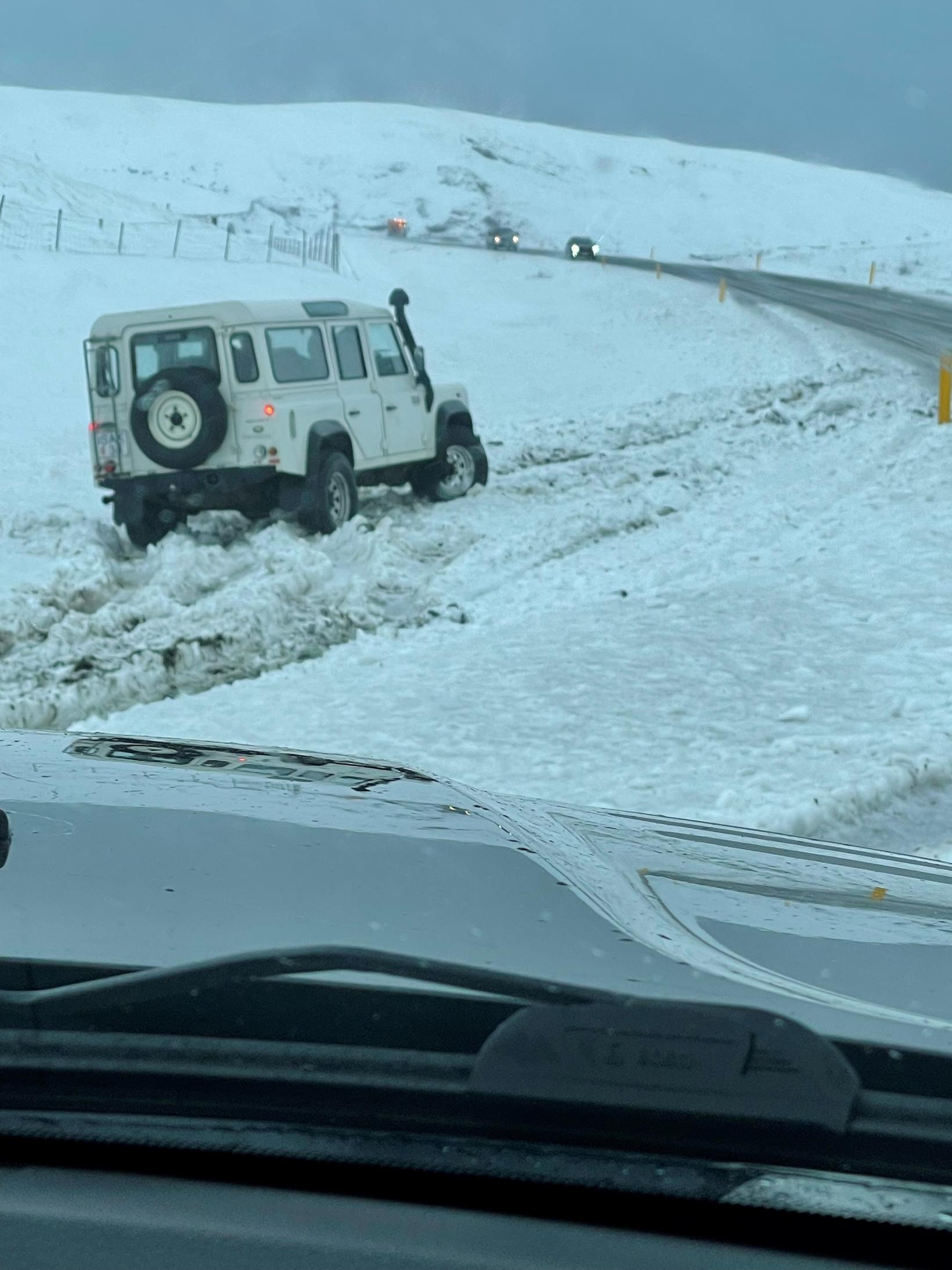 “We’ve been towing cars all day long,” she stated last night. “Traffic has been heavy all day.” The drivers, she explained, were mostly foreign tourists who thought their cars had winter tires when they in fact didn’t.

The Ring Road by Hafnarfjall mountain, West Iceland, was closed while a car was being pulled onto the road.

The pictures say more than many words.