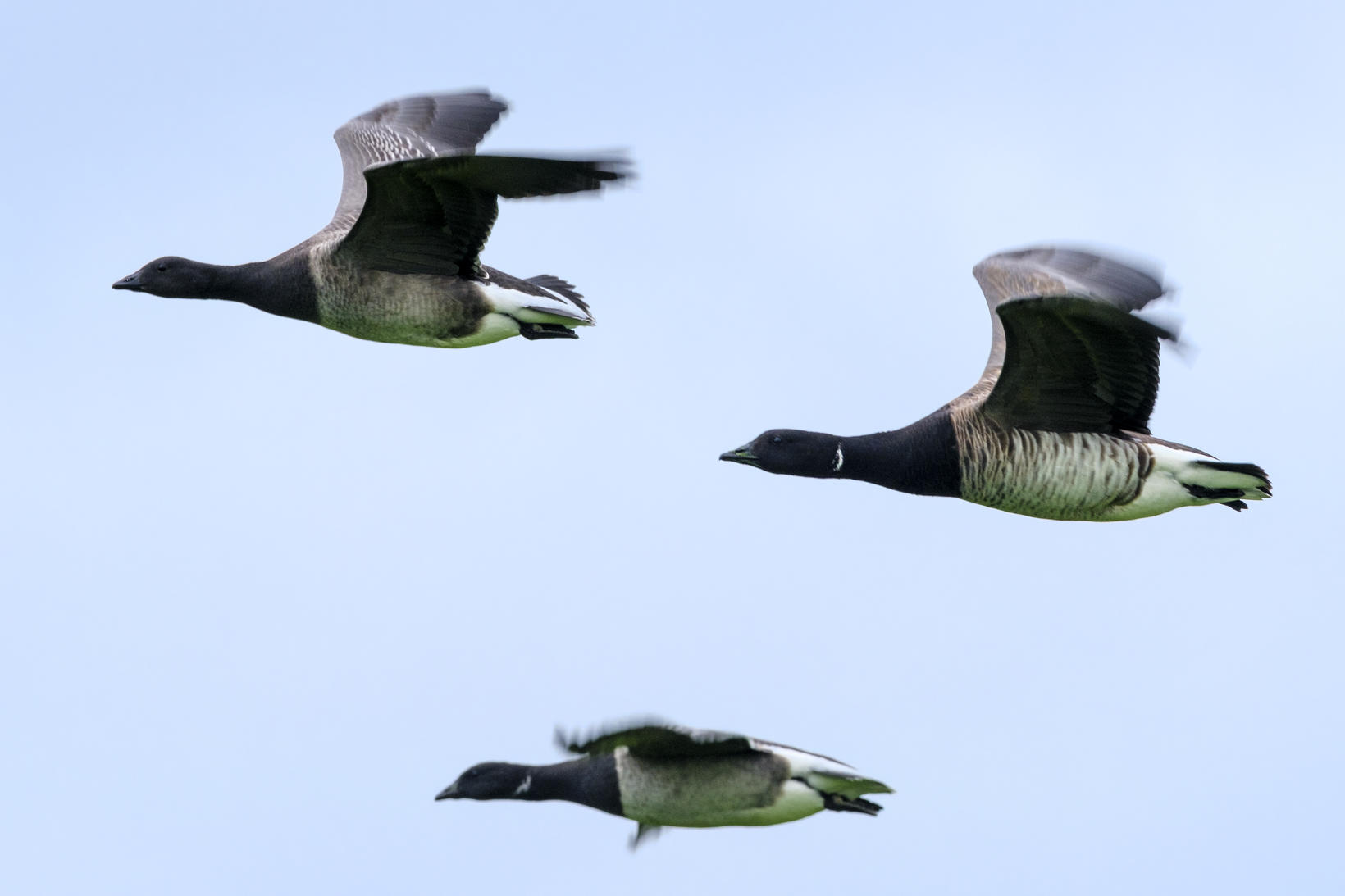 Flocks of brants, a.k.a. brent geese (Branta bernicla), have been spotted in the western part of Iceland recently, Morgunblaðið reports. The geese have recently arrived from their nesting areas in the Arctic regions of Northeast Canada and stop here on their way to Ireland, where they spend the winter. 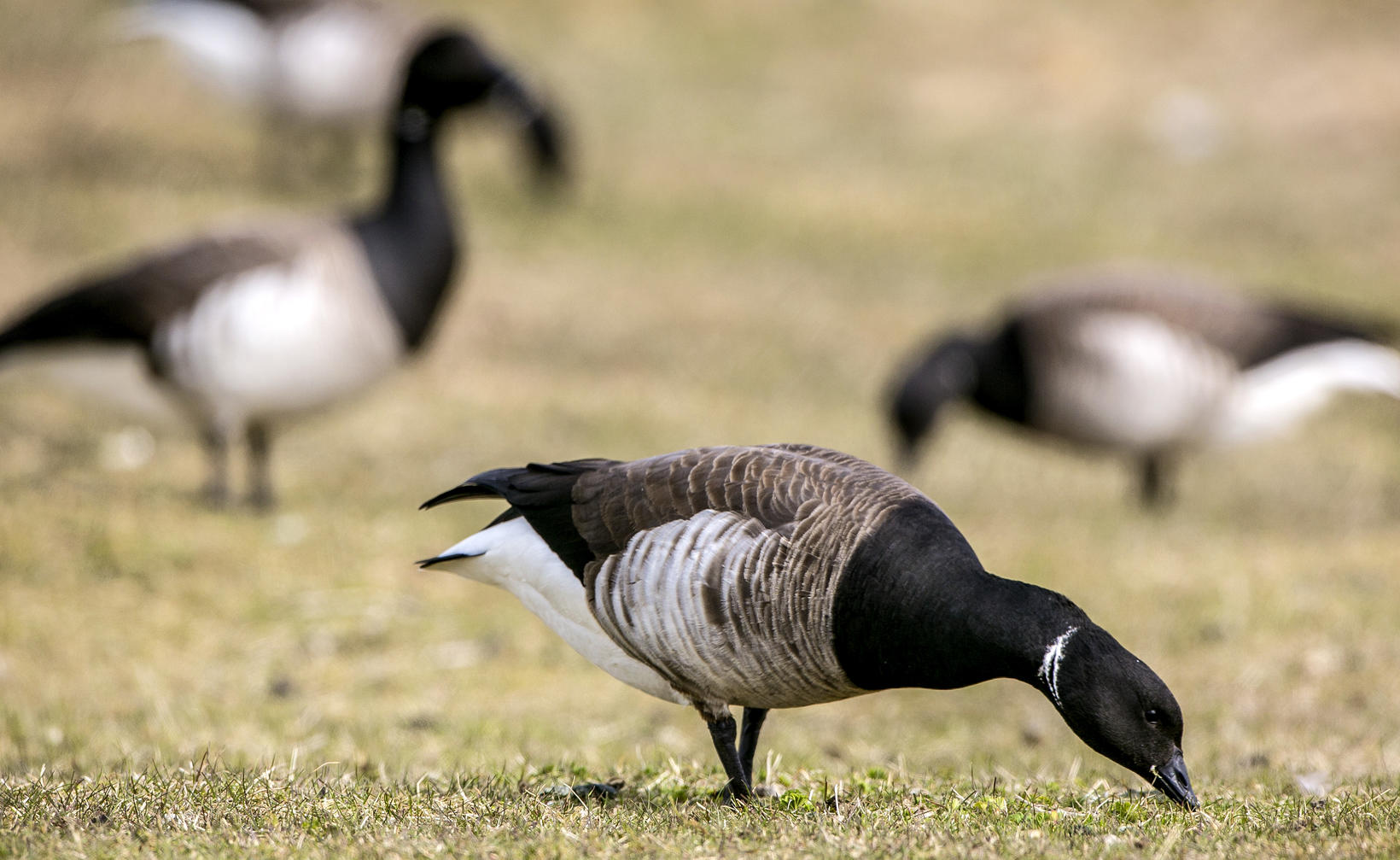 They need a great deal of energy for the second leg of their flight. mbl.is/Ómar Óskarsson

They stop here for a while in spring and fall to rest and feed. The first ones arrive by the end of March, and their numbers gradually increase through the middle of May. According to Guðmundur A. Guðmundsson, animal ecologist at the Icelandic Institute of Natural History, brants are extremely synchronized when it comes to continuing their journey to Canada. They leave on May 27, plus or minus a day only. Such is the precision that you can almost set your clock to their departure time, he states. Then, the first ones return around August 20, and the last ones leave around October 20. 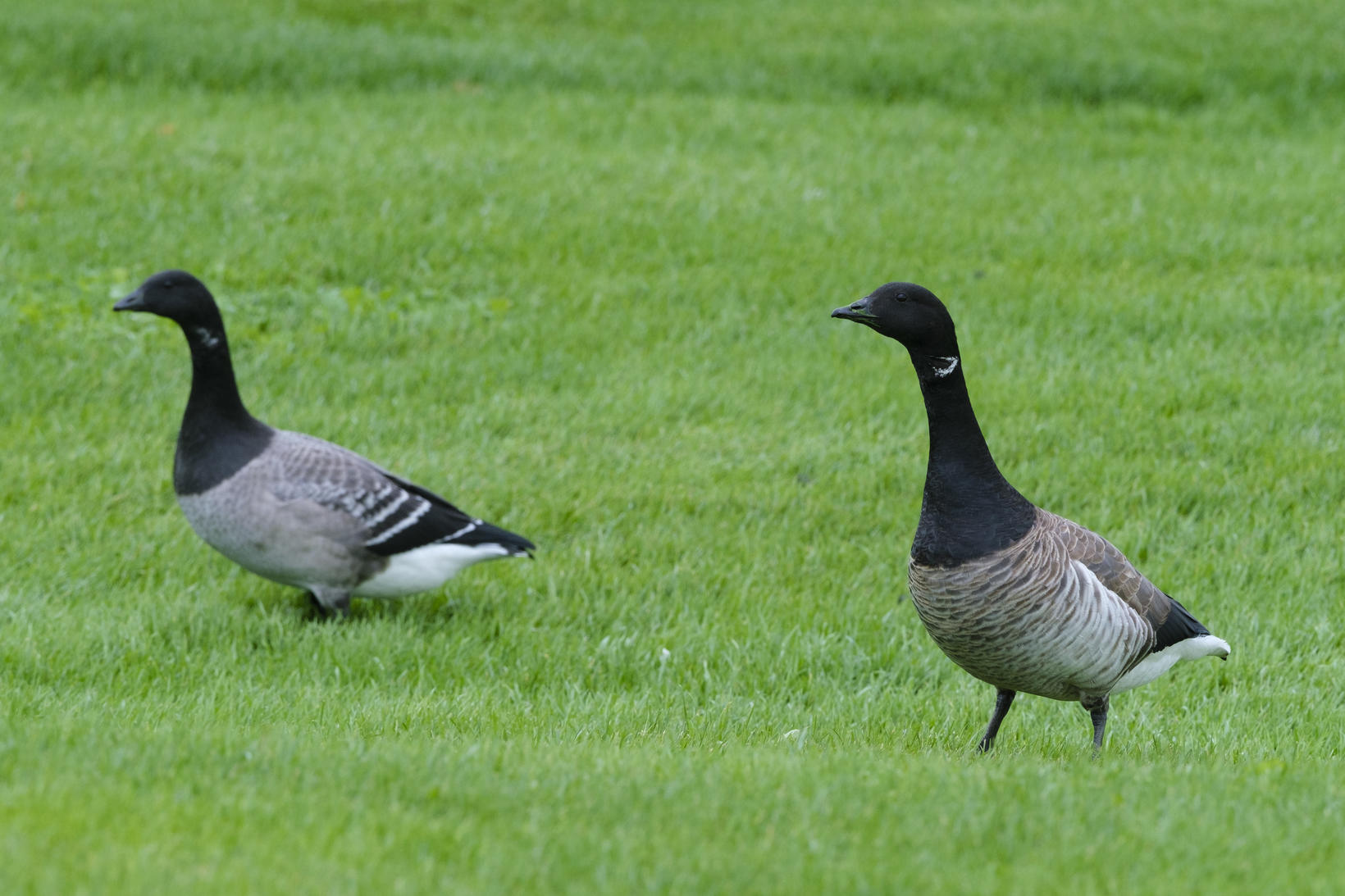 When nesting has been successful, families are prominent in the flocks that arrive here in the fall. Goslings accompany their parents for nearly a year. Not until the next nesting season approaches are they driven away from home during the spring stay in Iceland, Guðmundur explains. 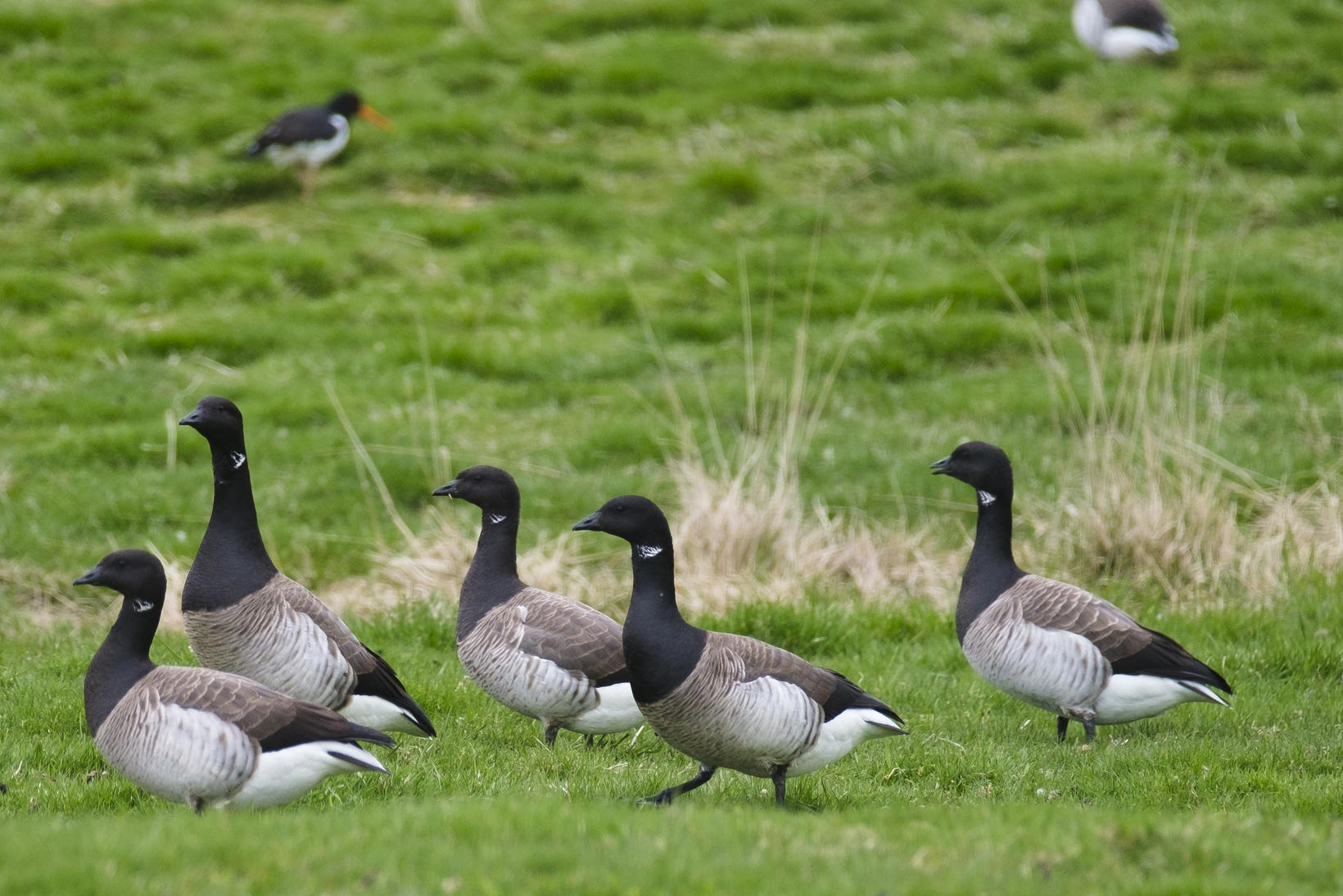 The flight from Ireland to the Arctic region in Canada is over 4,000 km long (2,500 mi), the majority of which is the 3,000-km leg from Iceland to Canada. The flight path goes over the ice cap of Greenland.

The subspecies which stops over in Iceland is believed to count nearly 40,000 birds.