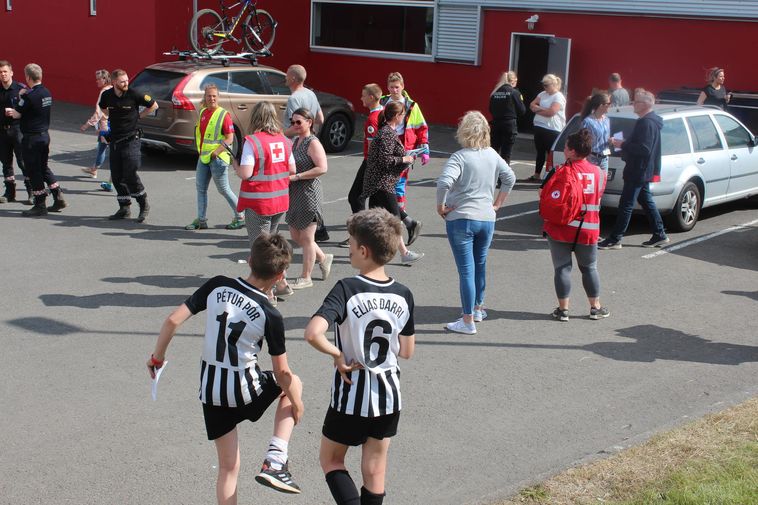 A six-year-old child is in intensive care at Landspítali National University Hospital, following an accident yesterday in Akureyri, North Iceland, where one of the corners of an inflatable castle was suddenly lifted from the ground, after apparently being hit by a wind gust, mbl.is reports.

The child was transported to Reykjavík by medical flight following the accident. According to mbl.is, Vísir was first to report the child’s age and situation. When contacted by mbl.is, police reported not having any information about the child’s condition.

Sixty-three children were playing in the castle when the accident occurred. The castle had been in use by Akureyri’s ice arena since June 17.

Police are investigating the cause of the accident. According to Chief Superintendent Kristján Kristjánsson, the investigation is in the intial stages, and no results can be expected any time soon.

When first responders arrived on the scene following the accident, it took quite a while to search the castle, which had already been deflated, states Gunnar Rúnar Ólafsson, from the Akureyri Fire Department. The scene was chaotic, he adds.

One child turned out to be seriously injured and another two sustained minor injuries. Others were in a state of shock. Numerous people responded to the accident: firefighters, police officers, rescue workers and Red Cross employees.