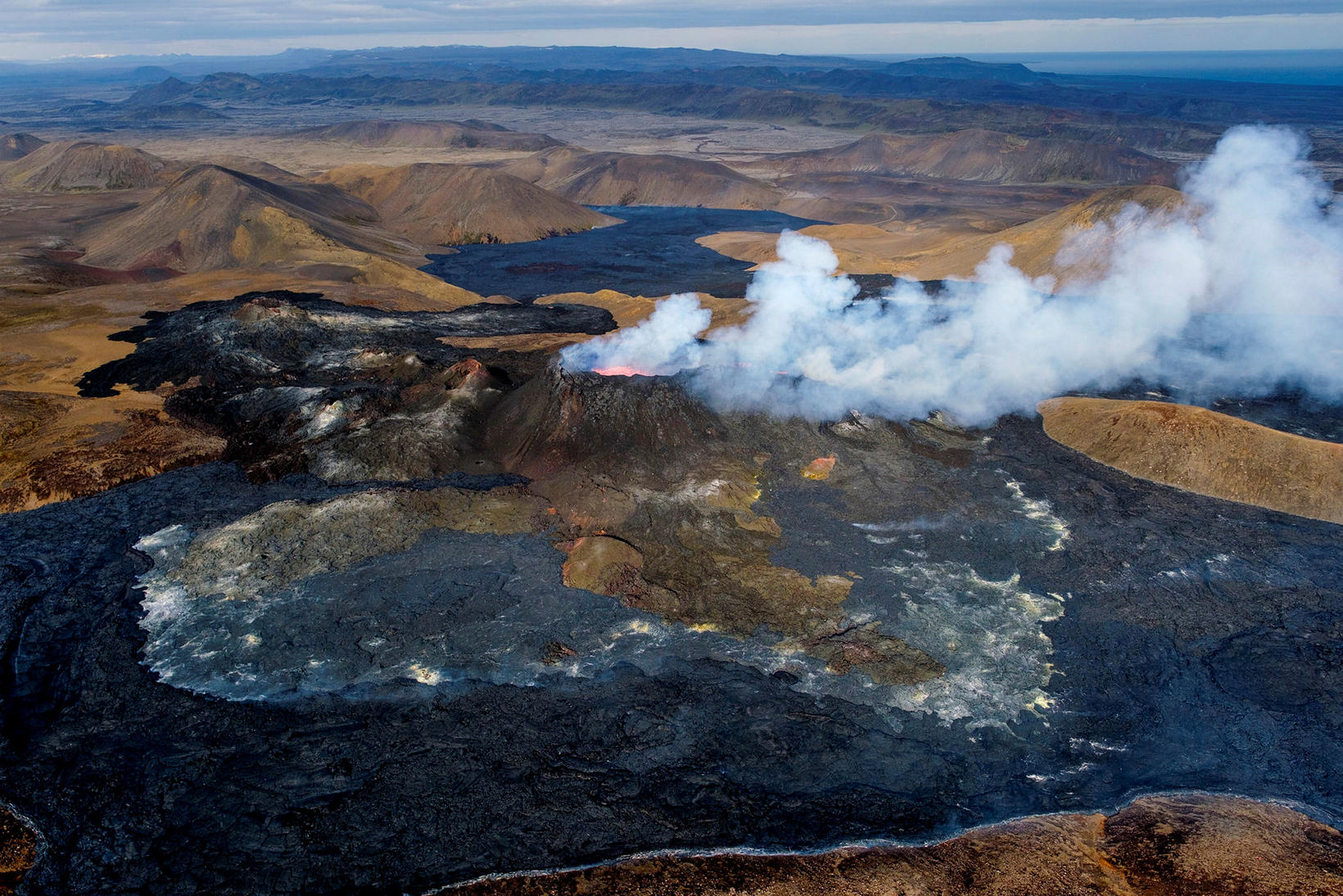 This aerial photo was taken from a drone Wednesday. mbl.is/Kristinn Magnússon

It’s been three months to the day since the eruption by Fagradalsfjall mountain, Southwest Iceland, started. Yet, it shows no sign of slowing down, Morgunblaðið reports. Tens of thousands of people have visited the eruption site, most of them on foot, some by helicopter.

The eruption has provided background for numerous music videos, live broadcasts, and even some marriage proposals. Some visitors have disregarded warnings and must be considered lucky to have escaped without injury.

According to the latest information, the area of the lava field now measures 3.23 km2. It has grown by roughly 60,000 m2 a day since the last measurement – the equivalent of about nine soccer fields a day. 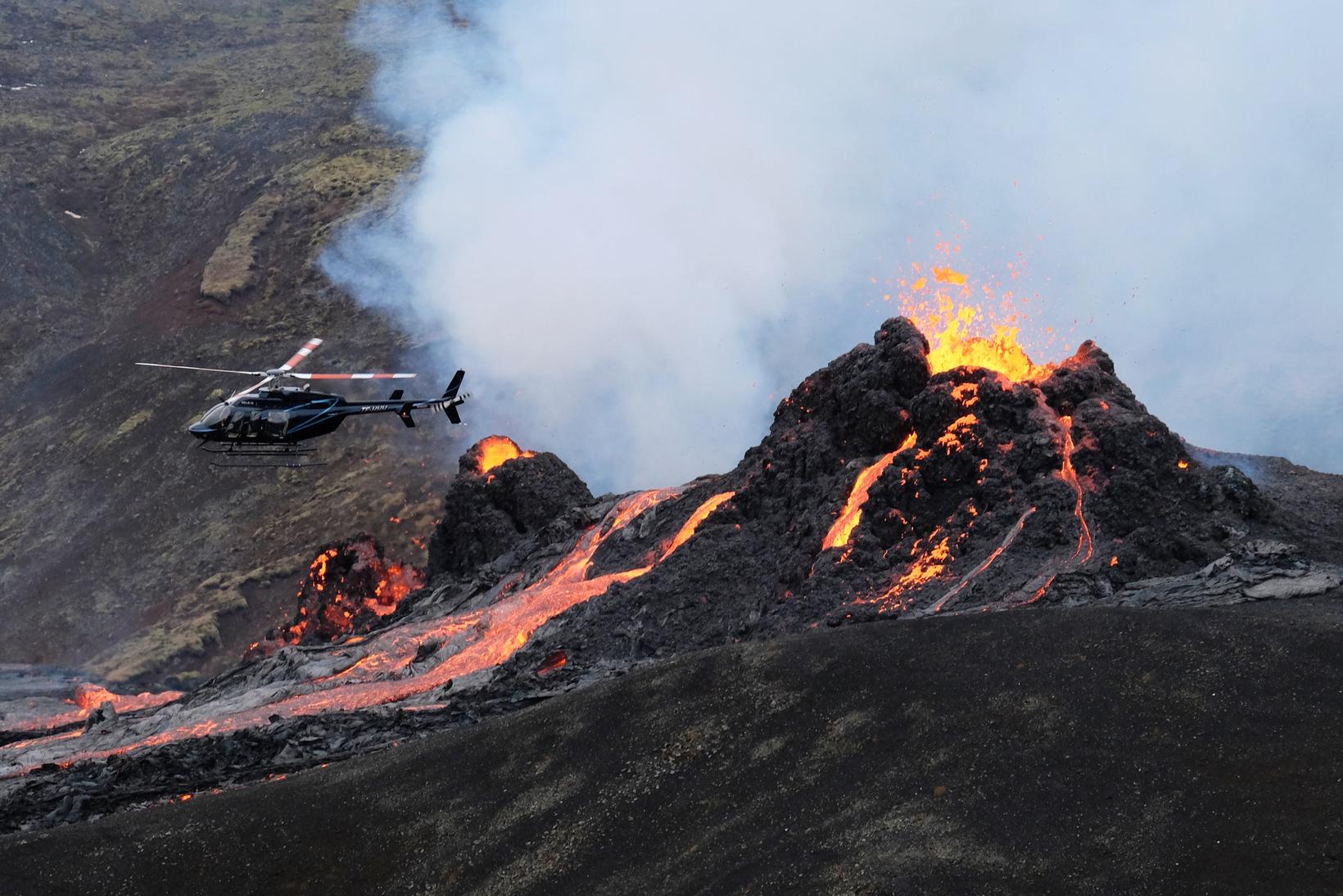 The eruption has vastly changed since the beginning. mbl.is/Kristinn Magnússon

Several factors make the eruption exceptionally interesting, states geophysicist Magnús Tumi Guðmundsson: “First, it marks the beginning of a new period of eruptions on the Reykjanes peninsula, where it last erupted 800 years ago.”

“Secondly, its behavior is considerably different from that of most other eruptions we’ve seen. Those have generally been the largest at first, then the flow has decreased and remained steady for a while, with fluctuations. Here, [by Fagradasfjall, however,] were see a very quiet beginning, and after that, it has grown considerably. Now, three months later, it is twice as large as at first. For several hundreds of years, we haven’t seen this sort of [volcanic] behavior in Iceland.”

Incidentally, Magnús Tumi was the first scientist to call the eruption “such a weakling” when it started. Back then, no one imagined the weakling would end up this strong.

Magnús Tumi finds it interesting how the lava fills up valleys and depressions and flows around the hyaloclastite [i.e. formed in a subglacial eruption] mountains.

It is impossible, he admits, to predict how long the eruption will last, or whether the lava flow will further increase. He adds that measures to protect roads, a fiber optic cable, and more, such as by building protective walls, should of course be undertaken, but when it comes to the big picture, those won’t change much. The defining factor is how long the eruption will continue.