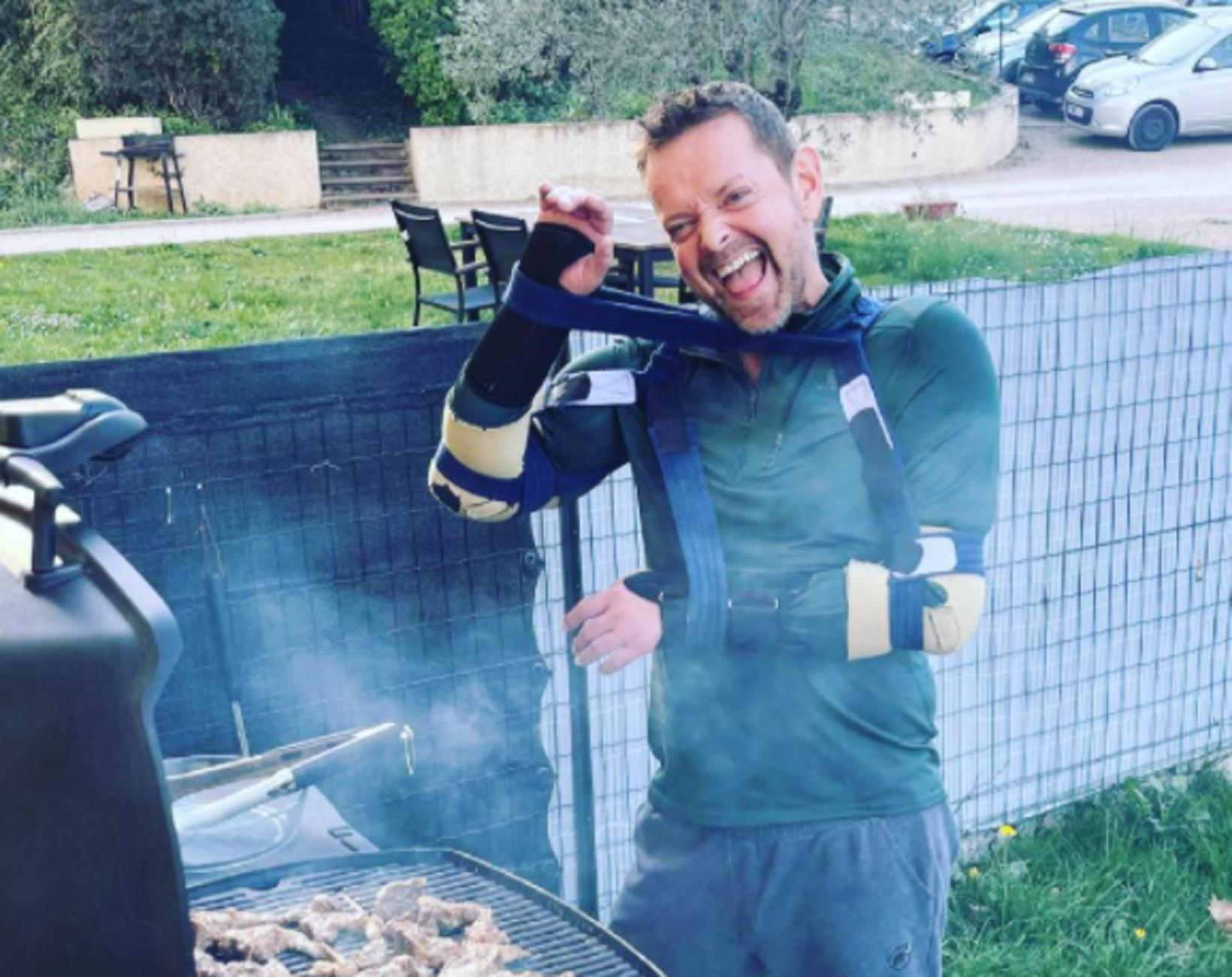 The 48-year old Icelandic man, Guðmundur Felix Grétarson, who in January became the first patient in the world to undergo transplant surgery of both arms and shoulders, has reason to be optimistic, since the nerves in his arms have grown much faster than expected, mbl.is reports. On May 28, he published a video on his Facebook page, demonstrating that he can already move the biceps of his right arm.

The 14-hour transplant operation was performed at Edouard Herriot hospital in Lyon, France. Guðmundur lost both arms in a work-related accident in Iceland in January of 1998, at the age of 26, in which he received a major electric shock while repairing a high voltage power line. 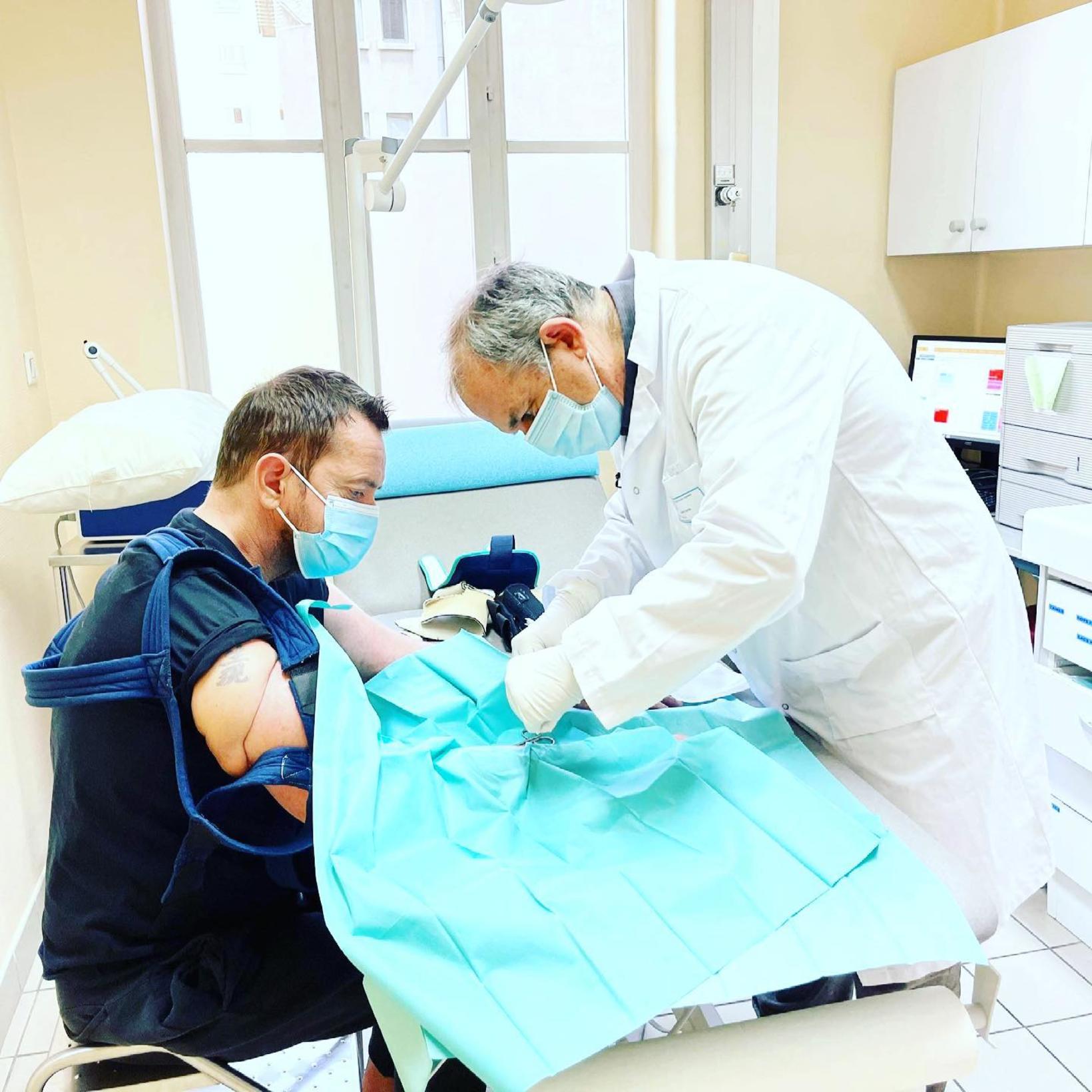 Guðmundur Felix and his doctor.

In the video, Guðmundur explains that on average, nerves grow by one millimeter a day, meaning that it would take a year from the operation for the nerves to reach his elbows and two years to reach his fingers. Surprisingly, though, only four and a half months after the operation, he can already move his biceps. Besides, he states he can feel the nerves in his forearm, although he can’t move his forearms yet.

“I’ve had my ups and downs,” he tells mbl.is . “I got a blod clot in my thigh; my hands got swollen; I had a rash, and my body rejected the arms. But I recovered.”

“I already have some nerves in both arms all the way to the elbows, and I [recently] felt the nerve activity in my right wrist.”

“Based on this rate of growth, the process is much shorter than expected,” he continues, “and success likelier. We thought that if I had to wait two years for nerve activity in my hands, then they might have become too shrunken to be saved, but if this fast growth continues, it won’t be a problem.” The nerve growth in the left arm lags about two or three weeks behind that of the right arm.

Guðmundur is undergoing rehabilitation five days of the week, from morning till afternoon. He will be taking advantage of rehabilitation technology, based on virtual reality. A documentary about Guðmundur Felix is being made by Þorkell Harðar­son and Örn Marinó Arn­ar­son. In addition, Ireland’s national television and radio broadcaster RTÉ has produced a radio documentary about Guðmundur Felix.