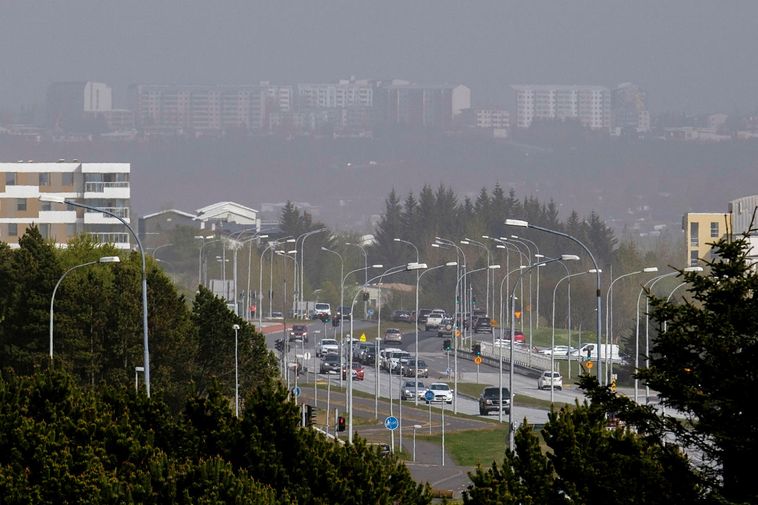 An unusual haze was over Reykjavík and vicinity yesterday, causing air quality to deteriorate, mbl.is reports. Still today, air quality is poor in Kópavogur, just south of Reykjavík, and only ‘medium’ in many parts of the capital area.

Meteorologist Eiríkur Örn Jóhannesson, at the Icelandic Met Office, explains the reason for the haze: “This is dust from the outwash plains around Markarfljót river, [South Iceland]. We’ve had strong southeasterly winds [since Wednesday], and it’s been very dry, so the sand is dry, which is why this exceeds what we’re used to.”

He explains that dust from the vast expanses of sand in South Iceland is not uncommon in the capital area during the summer, but due to weeks of drought, it is now more than usual.