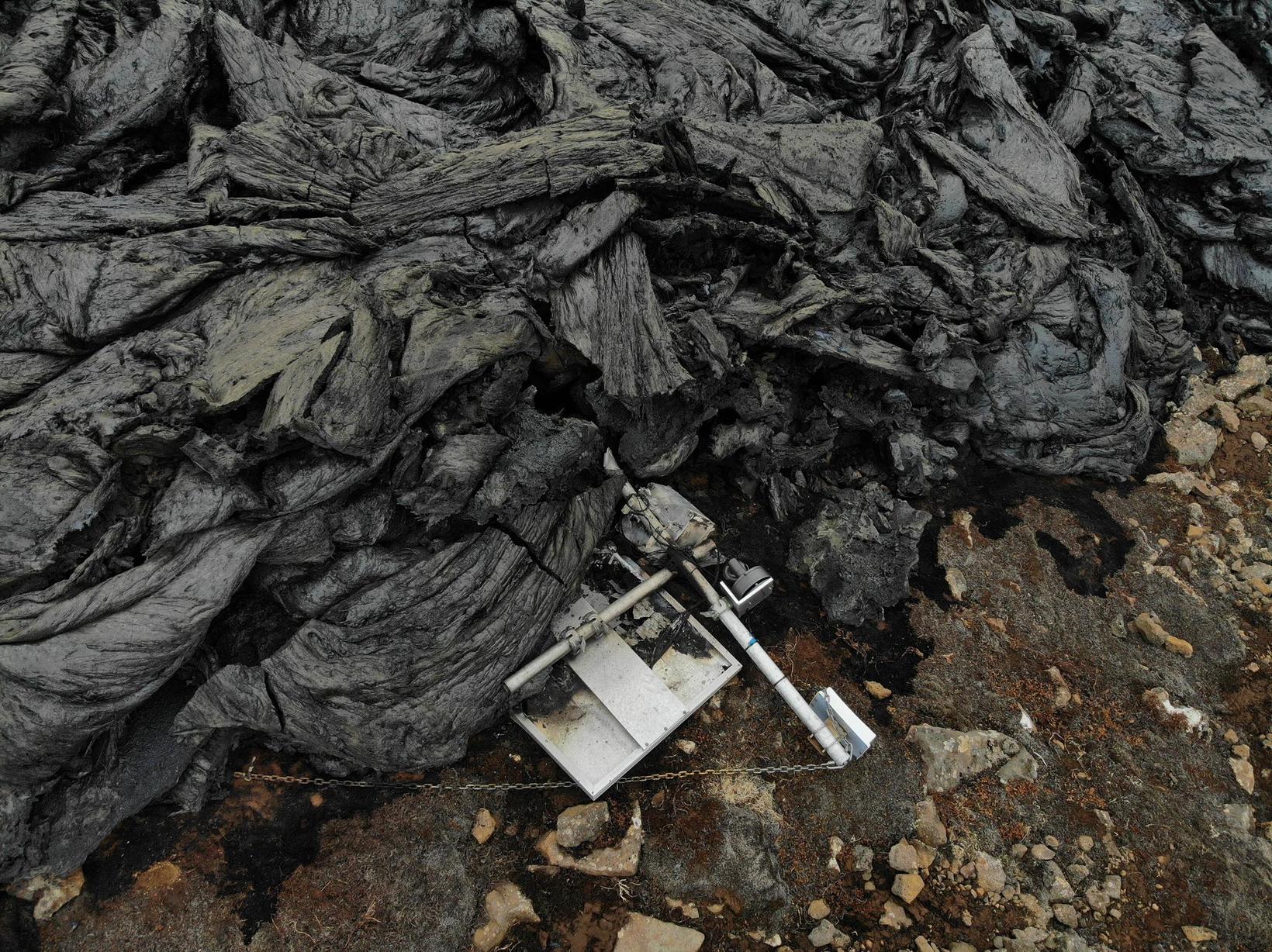 It was a hopeless battle. mbl.is/Kristinn Magnússon

Yesterday, you may have noticed that one of mbl.is ’ webcams at the eruption site in Fagradalsfjall mountain, Southwest Iceland, was down due to technical problems.

Little did we know then that it was down for good, swept off by a relentless stream of lava. Not until last night , when it was discovered at the edge of the lava flow by a drone flown over the area, did we learn it would not be livestreaming again.

Luckily, another webcam had been installed by mbl.is before this occurred. You can watch the eruption live from its viewpoint here:

The webcam was not the only equipment to fall prey to the lava stream yesterday. The same destiny awaited a volcanic gas monitoring station from the Icelandic Met Office, located just south of the webcam.

“The station was installed to follow the eruption’s developments and to record valuable data,” Baldur Bergsson, specialist in the operation of monitoring devices at the Met Office, tells Morgunblaðið . It measured levels of carbon dioxide, sulfur dioxide, hydrogen sulfide and hydrogen. It sent its last report shortly before 11 pm last night. Another such station at the eruption site still survives. 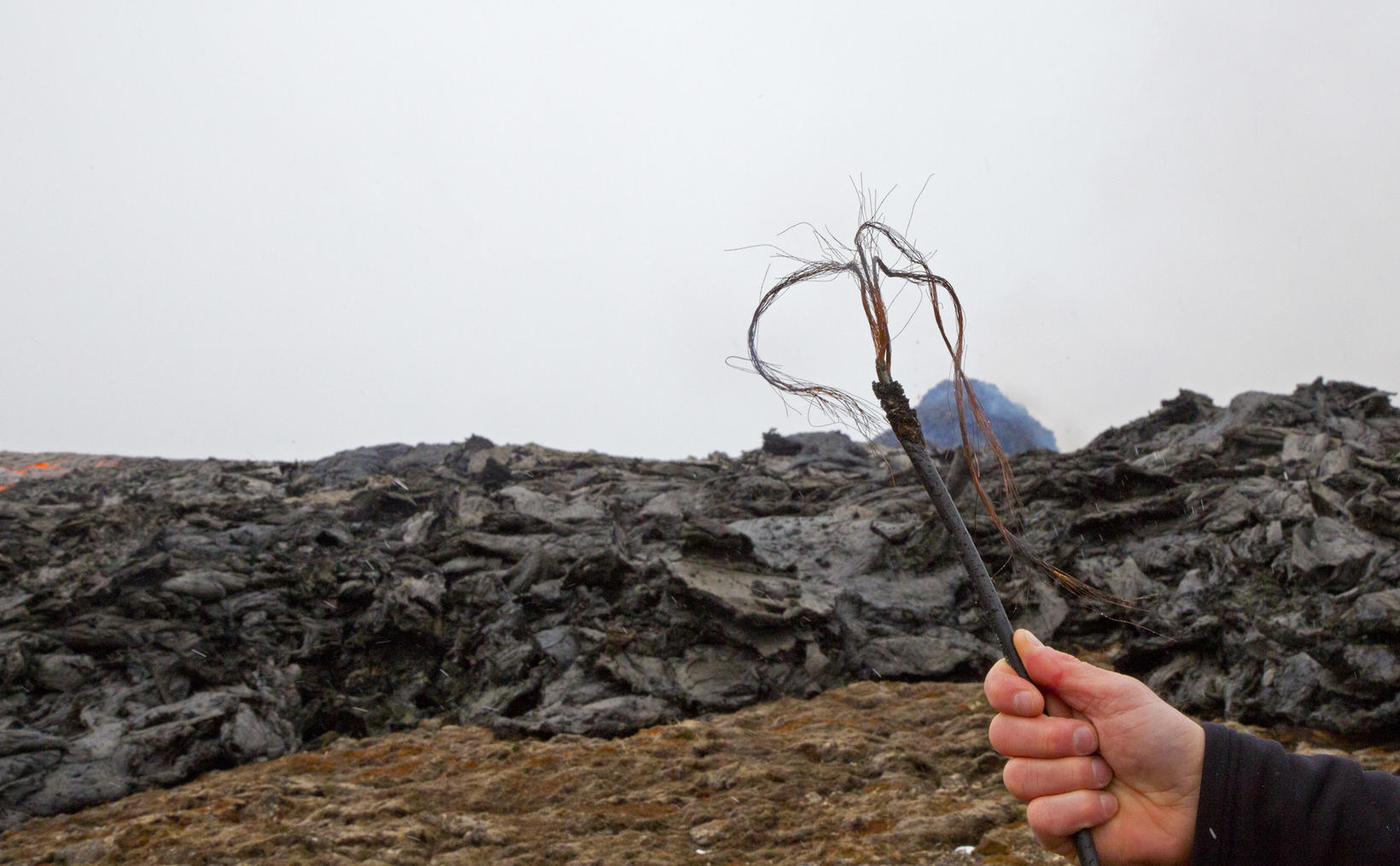 The cable that was connected to the webcam. The culprit can be seen in the background, showing no remorse. Photo/Jón Viðar Sigurðsson