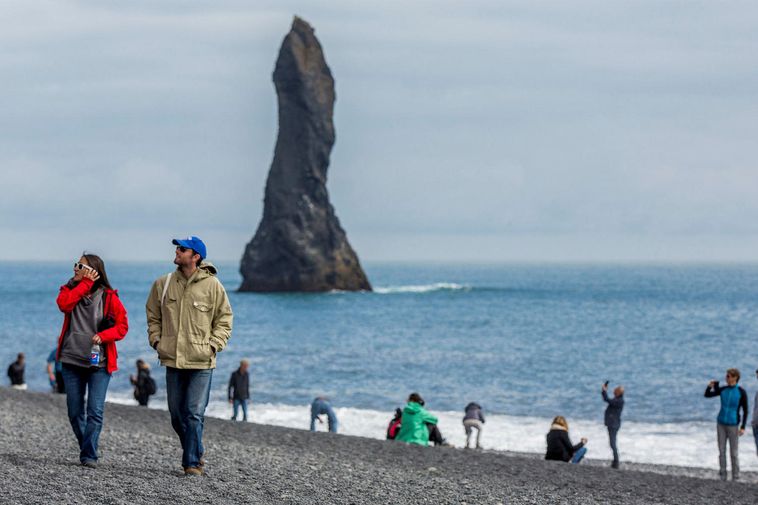 The filming of a large Yves Saint Laurent fashion show, done in Iceland last week, has been shrouded in secrecy, mbl.is reports. About 250 people took part in the filming of the event – Icelanders as well as people who were sent to Iceland by the fashion house.

It has proven difficult for fashion houses to introduce their fashion lines during the COVID-19 pandemic, which is why new ways to do so had to be sought. One of those appears to be to move the catwalk out into Icelandic nature.

About 100 people from the French fashion house came to Iceland for the project and spent two weeks here. Those included models, managers, film crews, makeup artists, and people in care of the clothing. They were assisted by as many as 150 Icelanders. According to mbl.is’ sources, the fashion show was shot over three to six days, depending on whom you ask.

The foreign guests spent time in quarantine and then traveled to different hotels at various locations. Filming was done in Eldhraun lava field by Herdísarvík cove, on the Reykjanes peninsula, as well as by Skógafoss waterfall, on Reynisfjara beach, and by Hjörleifshöfði promontory, South Iceland. Shots on the Reykjanes peninsula reportedly had to be rescheduled when it became clear that an eruption was imminent there.

In the lava field by Herdísarvík cove, mats were laid over the moss to protect it, according to information from the Environment Agency of Iceland - a soft catwalk, indeed.