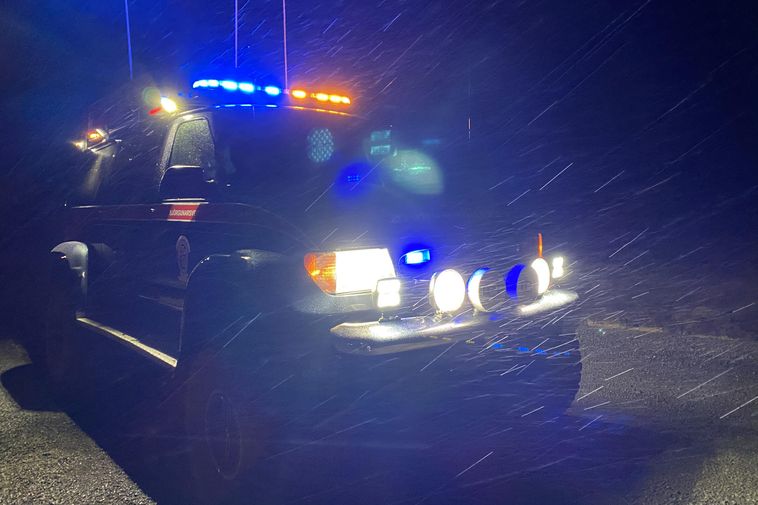 Thousands of people flocked to the volcanic area on the Reykjanes peninsula, Southwest Iceland, yesterday, to watch the eruption in Geldingadalur valley, by Fagradalsfjall mountain, with their own eyes.

Last night, the weather in the area deteriorated rapidly, and this morning, some individuals remain unaccounted for, mbl.is reports. An abandoned car in the area prompted rescue workers to start searching. It is not clear how many people were in the car.

The National Coast Guard Helicopter has been called out to help rescue teams search the area. It took off from Reykjavík at 8:25 am.

The decision was made this morning to close the area off, due to high levels of volcanic gases, which can be fatal where they accumulate in low-lying areas.

“Approaching the eruption is very dangerous at present,” a message from the Department of Civil Protection and Emergency Management states.

It asks everyone to avoid the area today, due to dangerous volcanic gases and inclement weather. A yellow weather alert has been issued for the Reykjanes peninsula until 2 am tomorrow. A severe gale is forecast, with poor visibility – dangerous conditions for outdoor activity.

Yesterday afternoon, a small area close to the craters was closed off, since it was feared that the largest crater could burst, causing a sudden change in the lava flow.

Rescue teams have been monitoring the area since early yesterday, and they have come to the aid of dozens of people, who were ill-equipped, cold and exhausted.

Livestream of Eruption in Fagradalsfjall