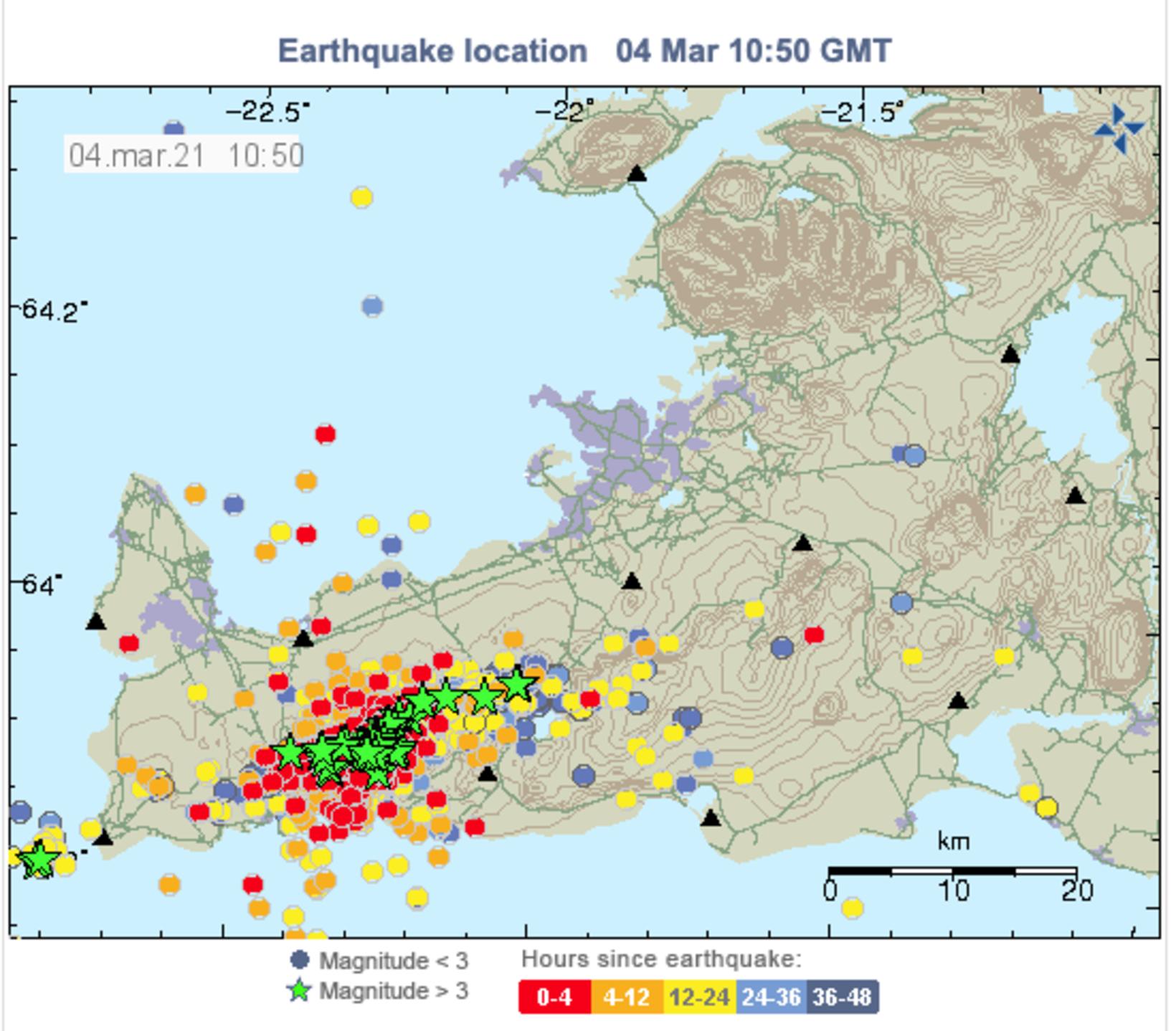 Seismic activity on the Reykjanes peninsula increased after 5 am, after a relatively calm night, mbl.is reports.

The largest earthquake this morning struck at 8:54. It measured 4.5, and its source was 1.5 km southeast of Fagradalsfjall mountain.

Two more quakes in excess of magnitude 4 hit overnight : one at about 1 am, measuring 4.1, the source of which was 1.1 km east-southeast of Fagradalsfjall mountain, the other one at 5:45 am, measuring 4.0. Its source was 1.1 km east-southeast of the same mountain. A total of 18 earthquakes in excess of magnitude 3 have struck the area since midnight.

The seismic activity has been moving farther south, closer to the town of Grindavík, but it remains close to Fagradalsfjall mountain, according to Bjarki Kaldalóns Friis, natural hazards specialist at the Icelandic Met Office. 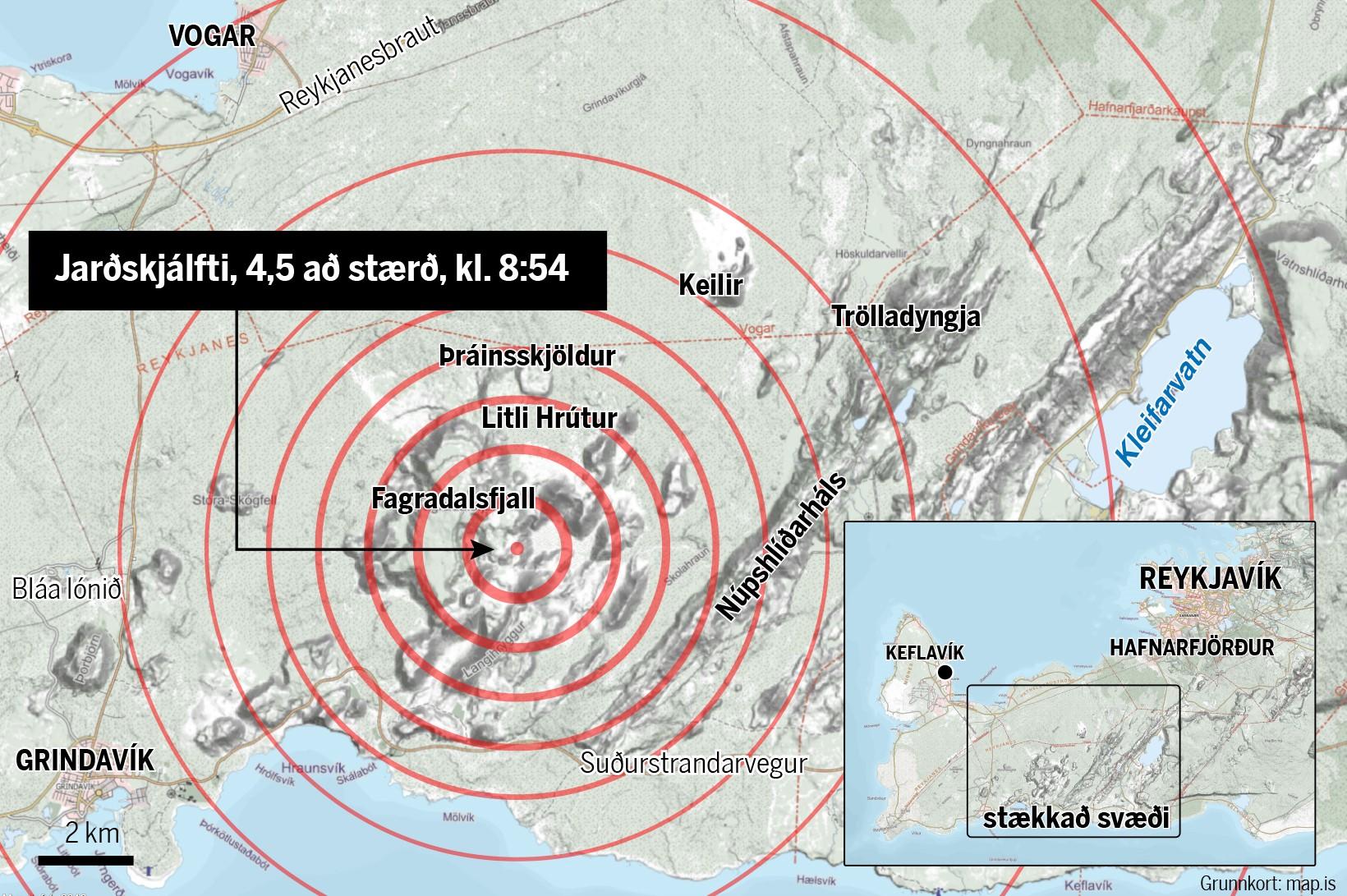 The location of the quake that hit just before 9 am. Kort/mbl.is

He states that since the swarm of earthquakes began Wednesday last week, more than 18,000 tremors have registered in the area.

What caused scientists to believe yesterday that an eruption was imminent on the Reykjanes peninsula was a tremor pulse that was detected by the Icelandic Met Office at 2:20 pm.

“It was discussed by the Scientific Council [of the Department of Civil Protection and Emergency Management] that this tremor pulse detected is similar to what happens when magma moves at a depth of a few kilometers,” Magnús Tumi Guðmundsson, professor of geophysics at the University of Iceland, told mbl.is last night. “This tremor pulse corresponds to magma having moved, without having quite reached the surface.”

This tremor pulse tapered off by about 3:30 pm, but seismic activity increased again after 5 am.

Mbl.is reports that according to a natural hazards specialist, the frequency of the earthquakes comes in waves. Their frequency is not as high as yesterday, and as a result, the tremor pulse is not as apparent as it was then.

The specialist states that at the moment, no predictions can be made.

New satellite pictures, expected to help assess the situation, were expected this morning.