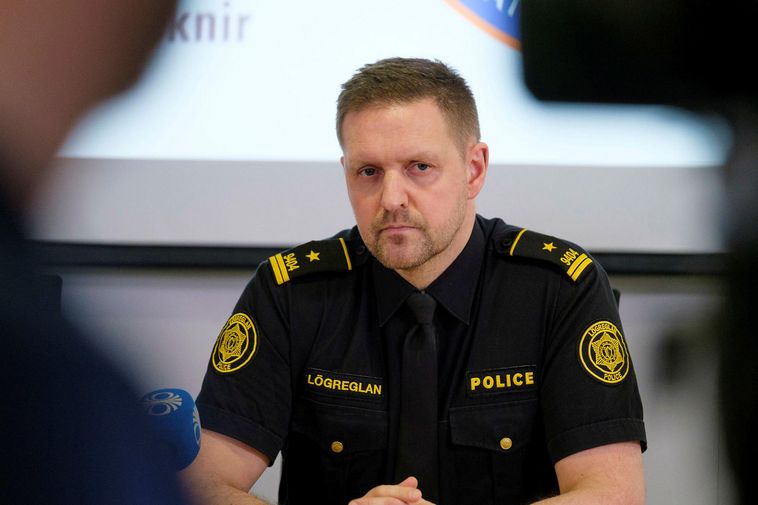 Superintendent Rögnvaldur Ólafsson is at the coordination center of the Department of Civil Protection and Emergency Management, patiently waiting to see how things develop on the Reykjanes peninsula, where an eruption is considered likely.

He tells mbl.is that in case of an eruption, it is highly unlikely that houses need to be invacuated in the Reykjanes peninsula.

Most likely, a potential eruption would be a small one that would not put inhabited areas and infrastructure at risk.

“We’re just waiting,” he states. This, he adds, is similar to what he experienced leading up to the Holuhraun eruption in 2014. “Then, we were in a similar situation for about two weeks, I believe,” he states, sounding very patient.

“Someone joked earlier that this is like watching paint dry,” he states. “We’re making plans and plans B,” he adds. “It’s that sort of work we’re doing here.”

At a press conference held by the Department of Civil Protection and Emergency Management and the Icelandic Meteorological Office this afternoon, Chief Superintendent Víðir Reynisson stressed that no disaster is imminent on the Reykjanes peninsula and no one is in danger.

Kristín Jónsdóttir, natural hazards specialist at the Icelandic Met Office stated that if an eruption occurs, it is not likely to be dangerous. She added that people do not have to worry much about pollution from gases in case of an eruption.