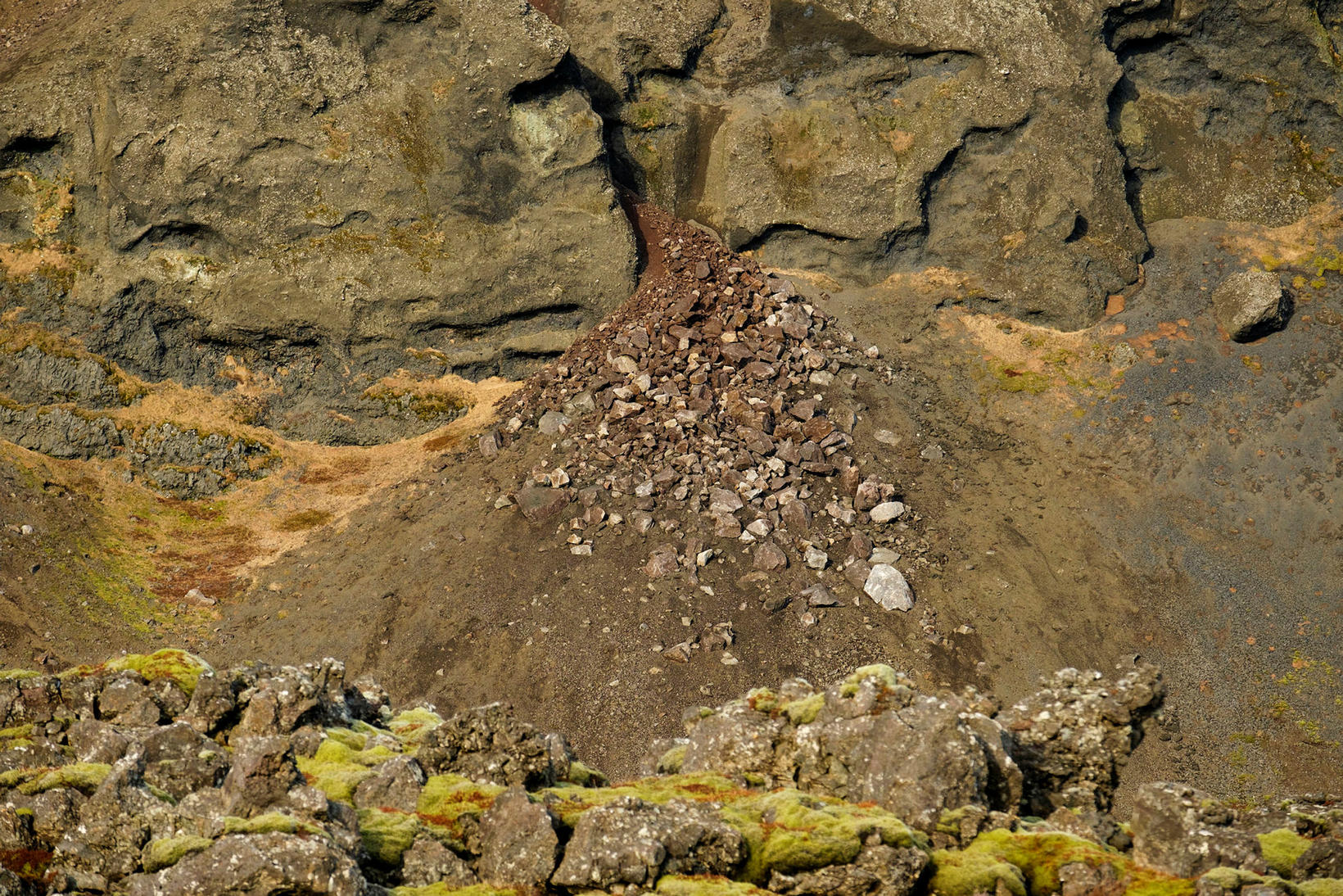 From the Reykjanes peninsula, just east of Grindavík. Photo/Kristinn Magnússon

Two tremors in excess of magnitude 3 hit Southwest Iceland overnight: shortly before 1 am, a tremor hit that measured 3.1, followed by one at 3:26, which measured 3.4. The latter one was widely felt in the capital area. Its source was 2 km north of Krýsuvík on the Reykjanes peninsula, mbl.is reports. 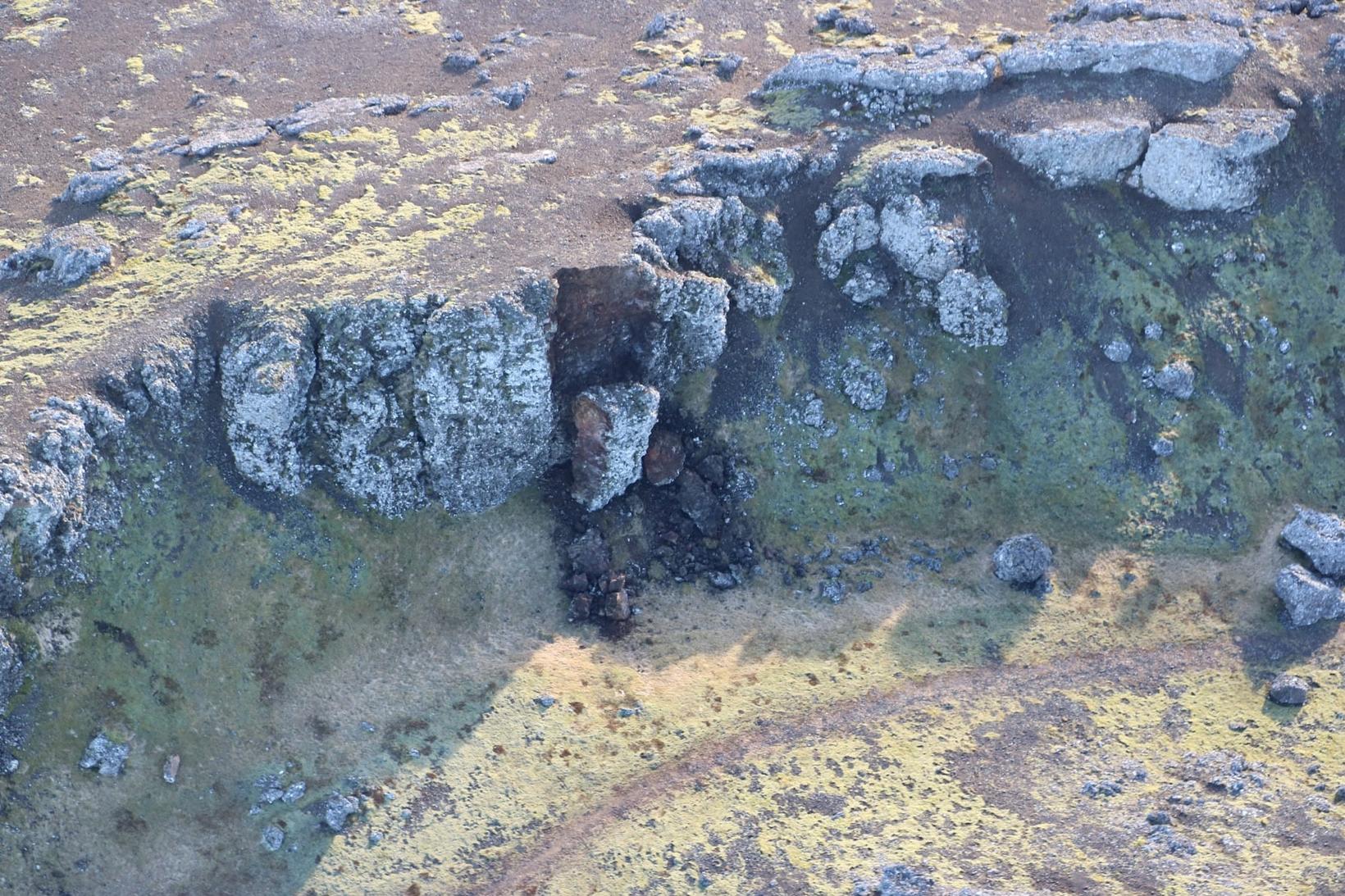 The Department of Civil Protection and Emergency Management declared and alert phase yesterday due to the earthquake swarm. People were advised to avoid steep terrain, since rocks and boulders can fall and the chance of landslides is increased.

Residents were advised to make arrangements to minimize the risk of damage due to earthquakes. If you recently moved to Iceland and are not used to living in an area prone to earthquakes, please see the guidelines here . They are essential for anyone who lives in Iceland. 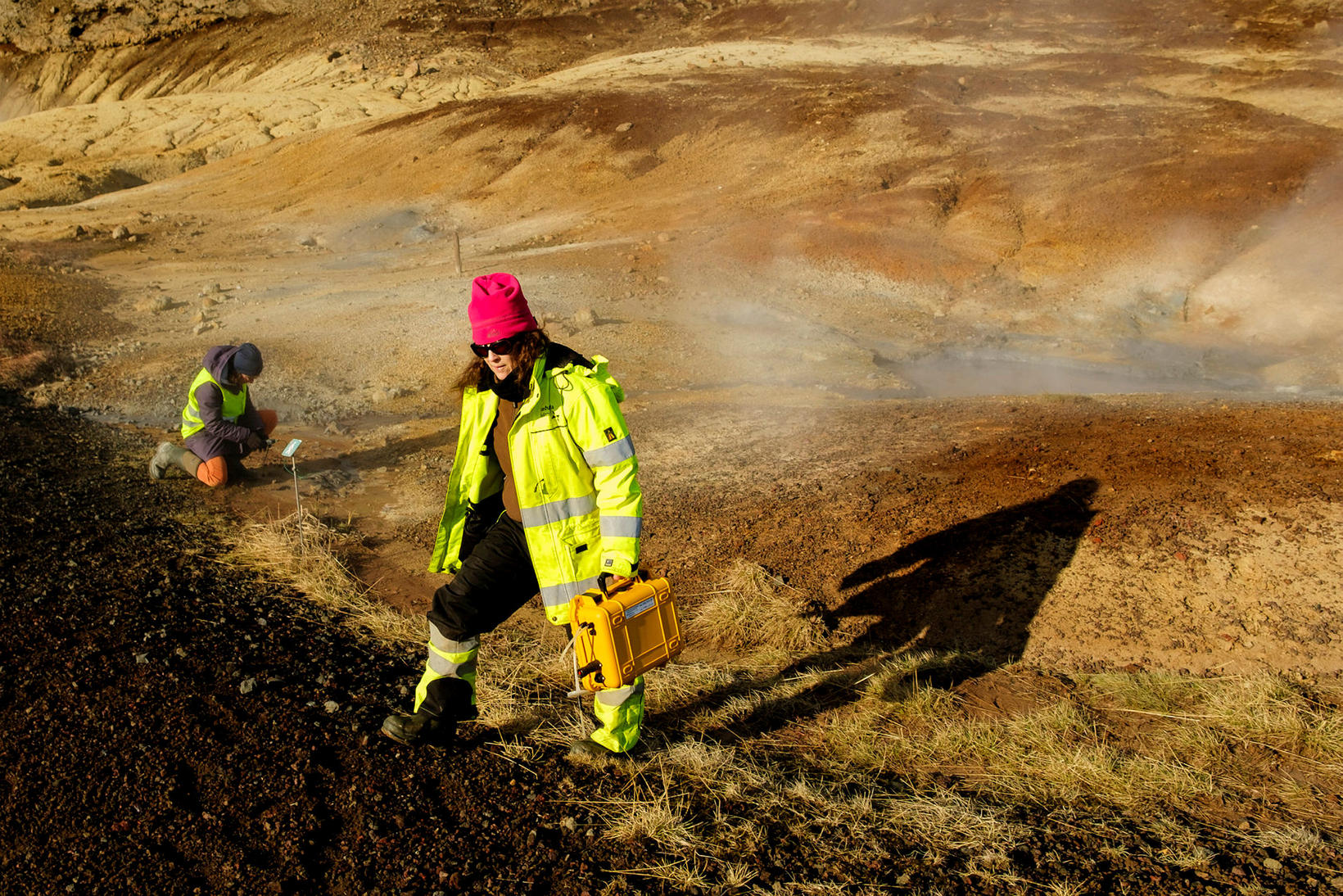 From Seltún, by Krýsuvík, where scientists did measurements yesterday. Photo/Kristinn Magnússon

Yesterday’s earthquakes are not known to have caused injuries or property damage, but their impact was widespread. For example, the Bláfjöll ski area was closed , and all eye surgeries were canceled at Landspítali National University Hospital.

The seismic activity is in the area between Kleifarvatn lake and Grindavíkurvegur road on the Reykjanes peninsula.

Kristín Jónsdóttir, natural hazards specialist at the Icelandic Met Office, told mbl.is last night that no signs of magma intrusion had been detected following the series of earthquakes.

The power of the earthquake was obvious in Krýsuvíkurberg cliffs, where a large piece of rock had fallen into the ocean and left a wound in the cliffs.

The Icelandic Met Office published the photo above, showing a large rock that had fallen from a steep mountain slope.

Rocks fell from the mountains Þorbjörn and Keilir and by Kleifarvatn lake.

“Due to the seismic activity, the community in [the town of ] Grindavík has been on the alert for the past year,” states Chief Inspector Sigurður Bergmann. “To some extent, people have gotten used to this uncertainty.”

The seismic activity is a continuation of a series of events that began late in 2019. “This confirms that this series of events continues,” states geophysicist Páll Einarsson, PhD, “and it’s not letting up.”