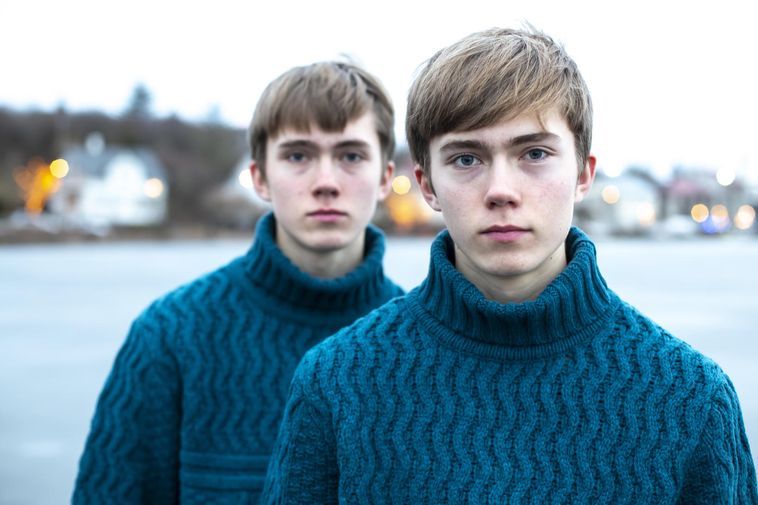 Scientists at deCode Genetics have discovered that monozygotic twins, that is, twins developed from a single fertilized ovum, are not completely identical, mbl.is reports, quoting a press release.

The result of their research was published in Nature Genetics yesterday, and it may change the way scientists interpret older studies of ‘identical’ twins, which have generally assumed that the genomes of monozygotic twins are identical.

The scientists did sequence analysis of the genomes of 387 pairs of identical twins and their closest relatives to track mutation divergence.

They found two groups of twin pairs: one where twins share mutations and another where the developmental mutations are only present in one of them at high frequency.

They found that twins differ on average by 5.2 early developmental mutations. In about 15 percent of twin pairs, one twin carries a high number of such mutations not present in the other twin.

The scientists were able to discover this by backtracking mutations found in one of the twins to the cell division that led to the development of the twins.

“These two groups of monozygotic twins give insight into development of the embryo only few divisions after conception when the embryo consists of several cells,” states Kári Stefánsson, CEO of deCode Genetics. “These are exciting times that allows us to use mutations to shed light on the development of humans at these first stages of development,” he adds.

Until now, physical or behavioral differences between identical twins have generally been attributed to environmental factors. Now, however, it appears the role of genetic factors has been underestimated.

The abstract of the article can be accessed here.