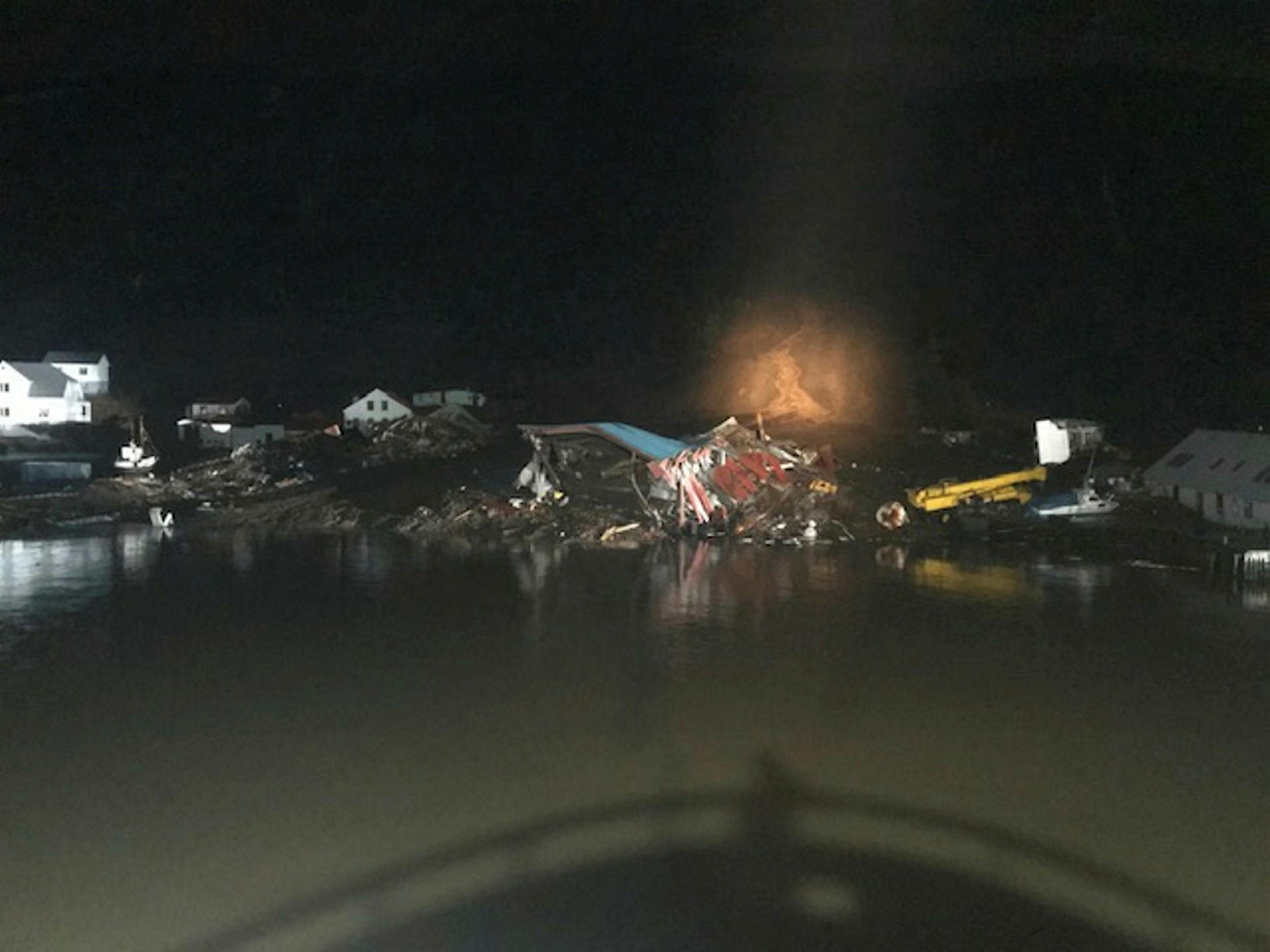 “All of us are very grateful that no lives were lost,” former president of the Seyðisfjörður town council, Hildur Þórisdóttir, tells mbl.is . “Amid this whole disaster, that is a miracle.”

Yesterday afternoon, a large landslide occurred in Seyðisfjörður, the East Fjords, severely damaging at least ten homes. Subsequently, the Department of Civil Protection and Emergency Management raised the alert phase in the town, which had been in effect since Tuesday, to emergency phase. Last night, the whole town was evacuated, as well as parts of nearby Eskifjörður. More than 600 people live in Seyðisfjörður. Some residents were able to spend the night with friends and relatives in nearby communities, others at a hotel. 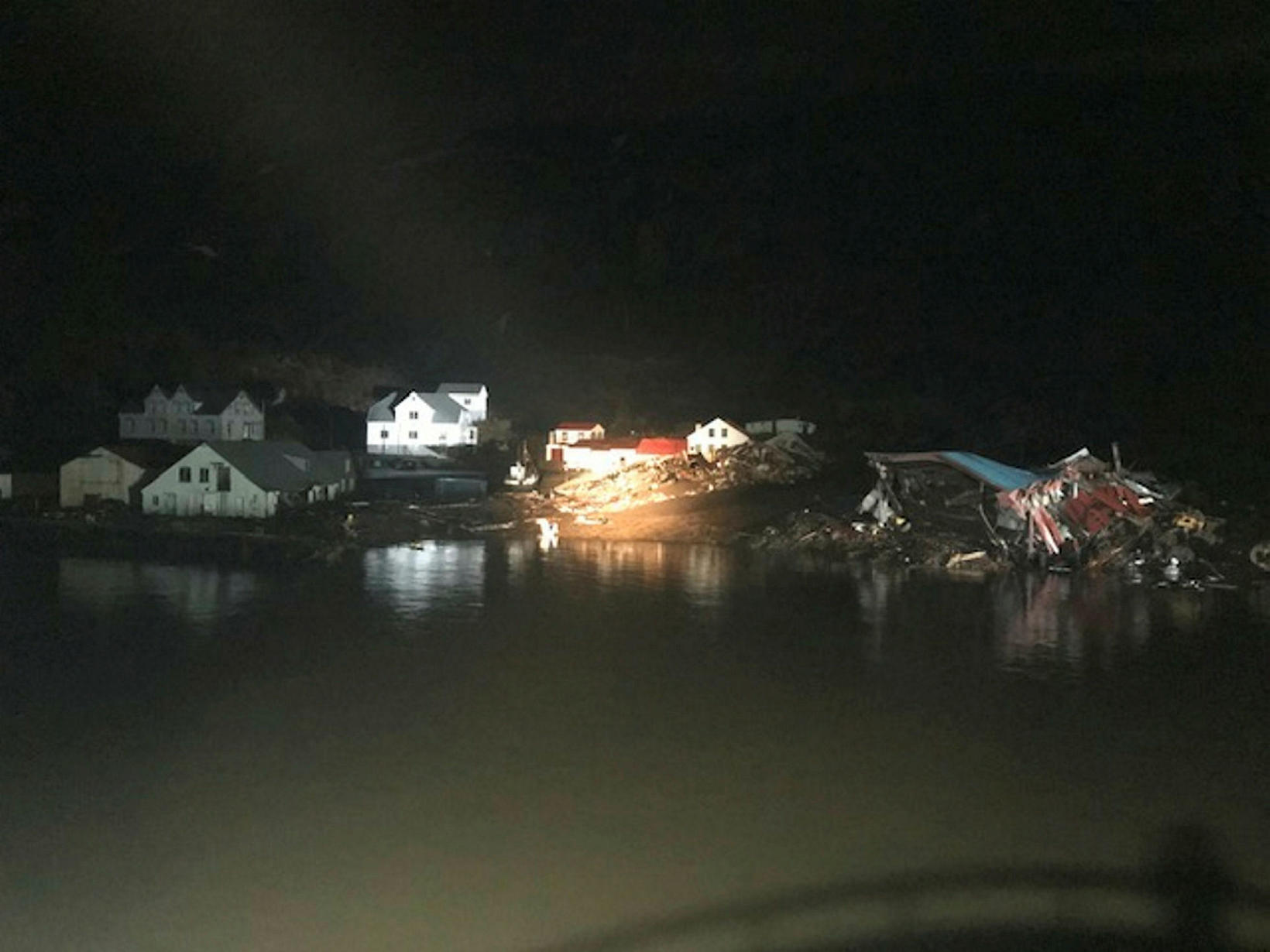 As we reported yesterday, a landslide swept one home off its foundation yesterday morning. After a week of unseasonably heavy rain, several landslides have occurred in the town since Tuesday. Residents have never experience such a situation. 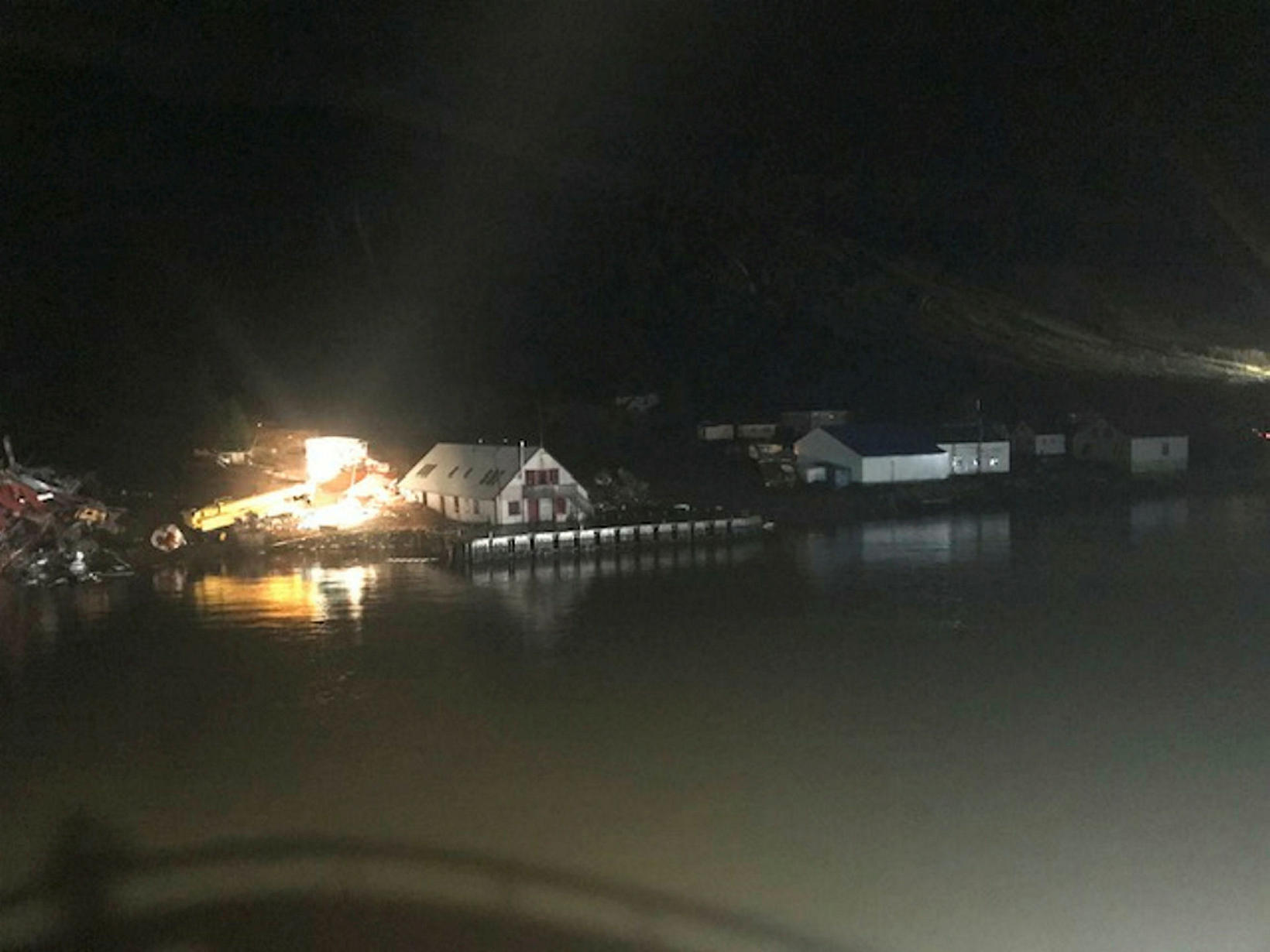 
“I fear this isn’t over yet, and that we’ll lose more houses,” Hildur states. “It is clear that an enormous amount of water has accumulated in the mountains.” A long time will go by before the residents feel safe near the mountains again, she states. They don’t feel safe anymore.

Hildur states the residents have shown strong solidarity in the wake of this shock. 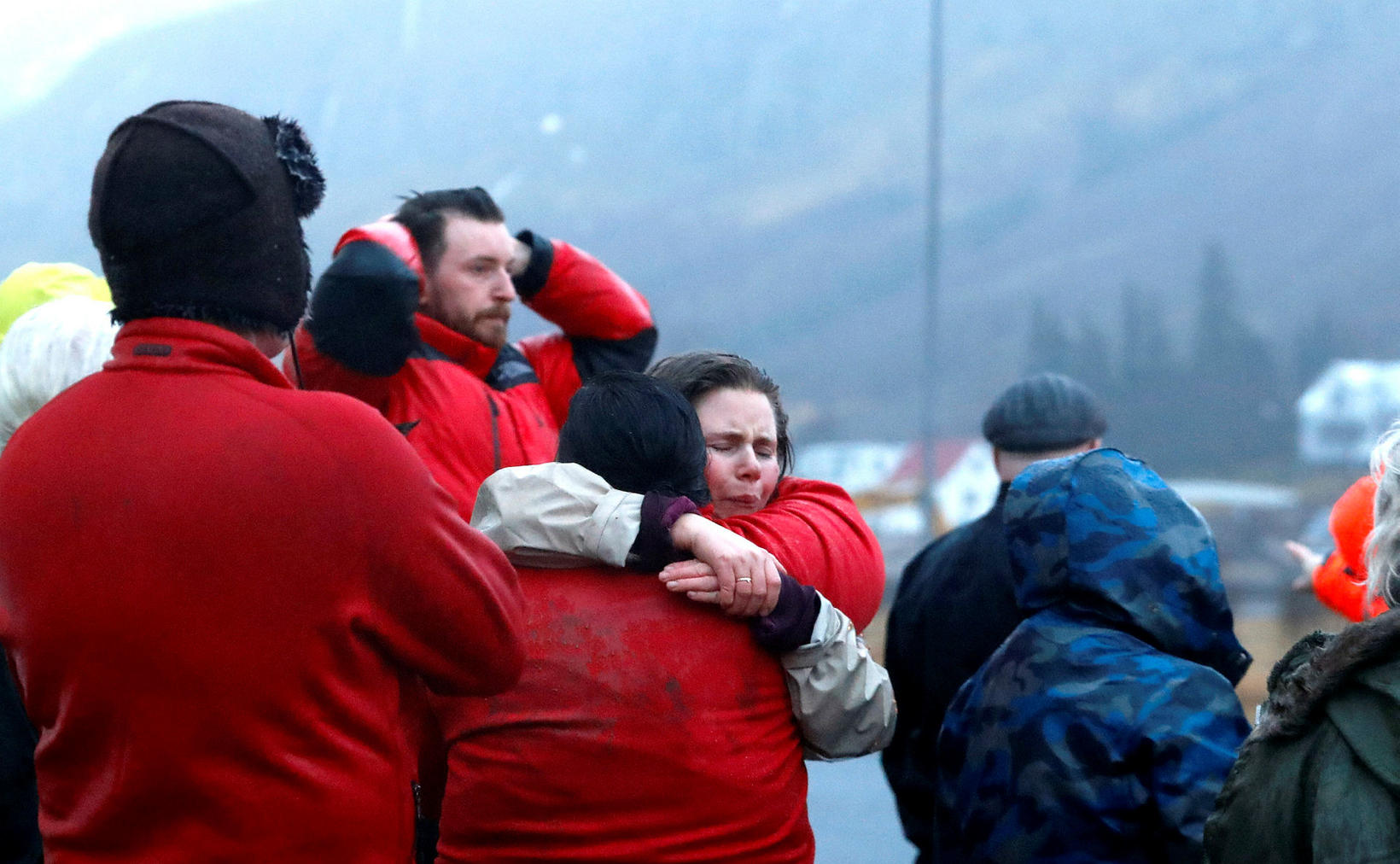 “A great deal of work is ahead, cleaning and rebuilding. At the same time, people show incredible solidarity. Seyðisfjörður is a community of residents who love living there. The people were resilient already, and I hope that resilience will carry them through this terrible shock,” she states.

At a meeting this morning, representatives of the Department of Civil Protection and Emergency Management and the Icelandic Met Office decided not to allow residents to return to the town today. The situation will be reassessed tomorrow. It has finally stopped raining, but the risk of landslides remains.

The photos above, taken on board the ship Beitir last night, show the damage to some extent. 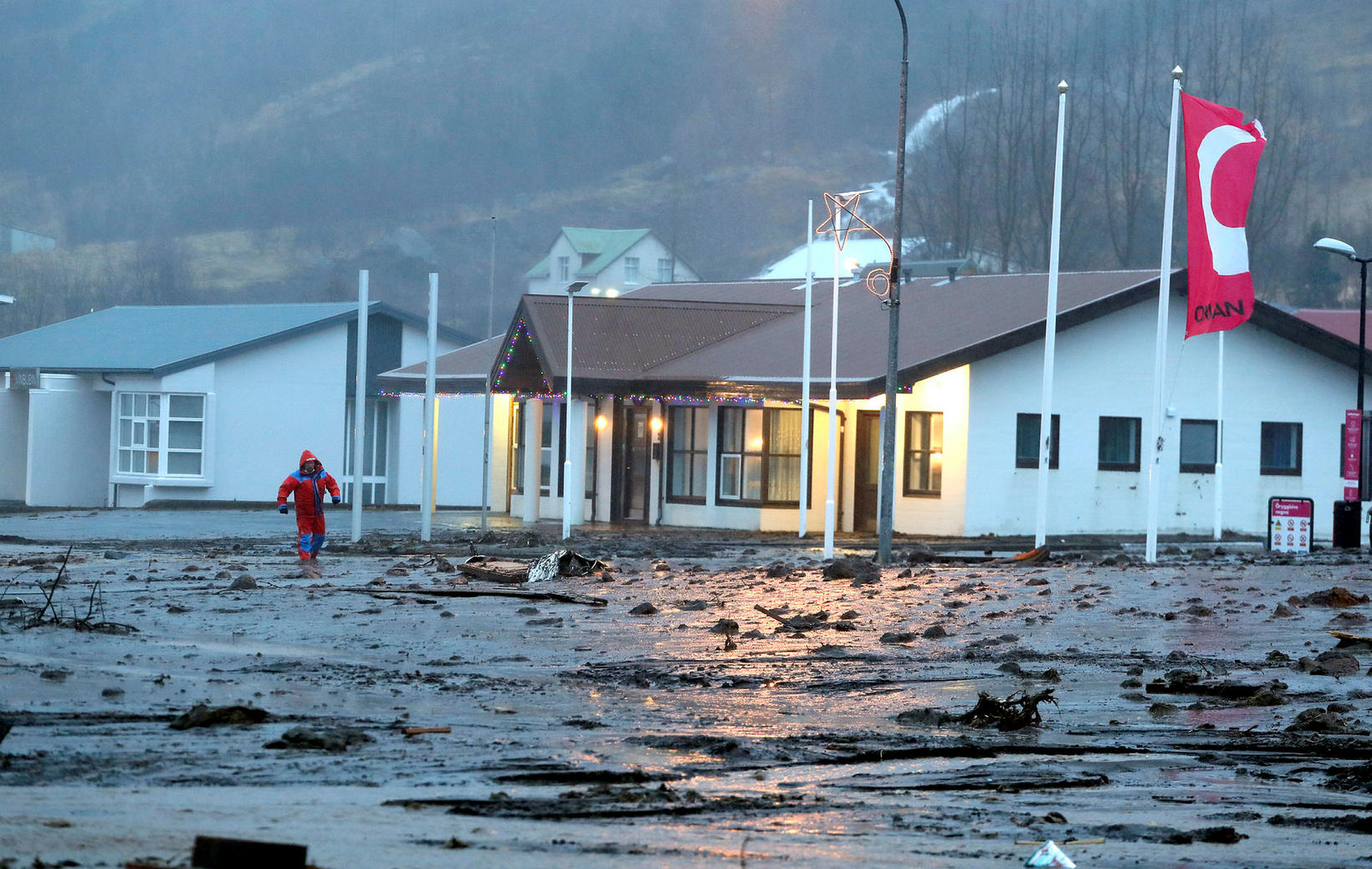 All Traffic Prohibited in Seyðisfjörður