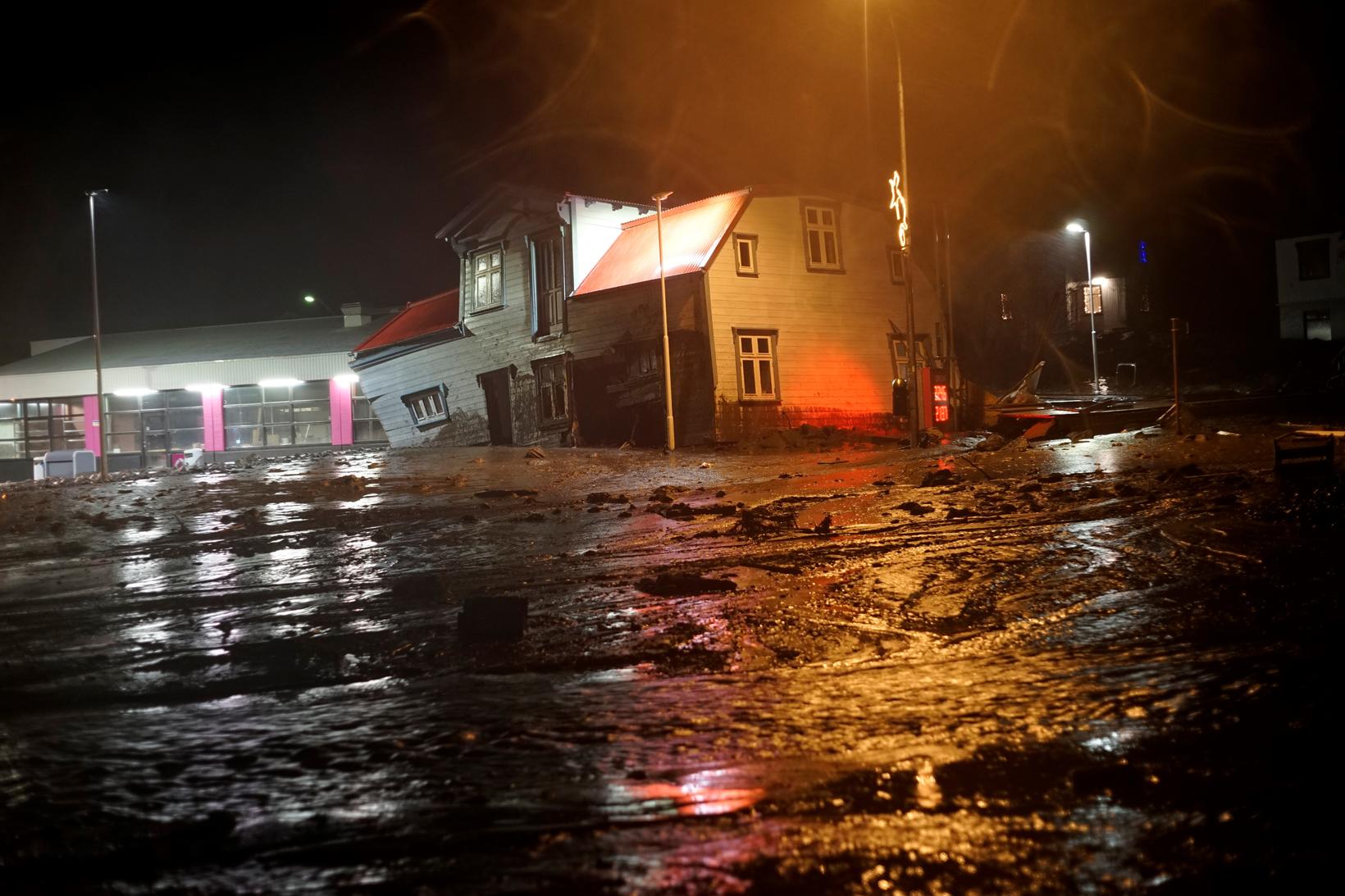 Two landslides occurred in Seyðisfjörður, the East Fjords, overnight, one of them landing on a wooden house, sweeping it off its foundation and carrying it a distance of about 50 meters (55 yards), mbl.is reports. No one was inside the house, called Breiðablik, at the time, since it was within the evacuated area in town. The house is believed to be destroyed .

Several landslides have occurred in Seyðisfjörður since Tuesday, forcing the evacuation of about 50 homes. The area has seen unseasonably heavy rain for the past week, and considerable rain continues today. 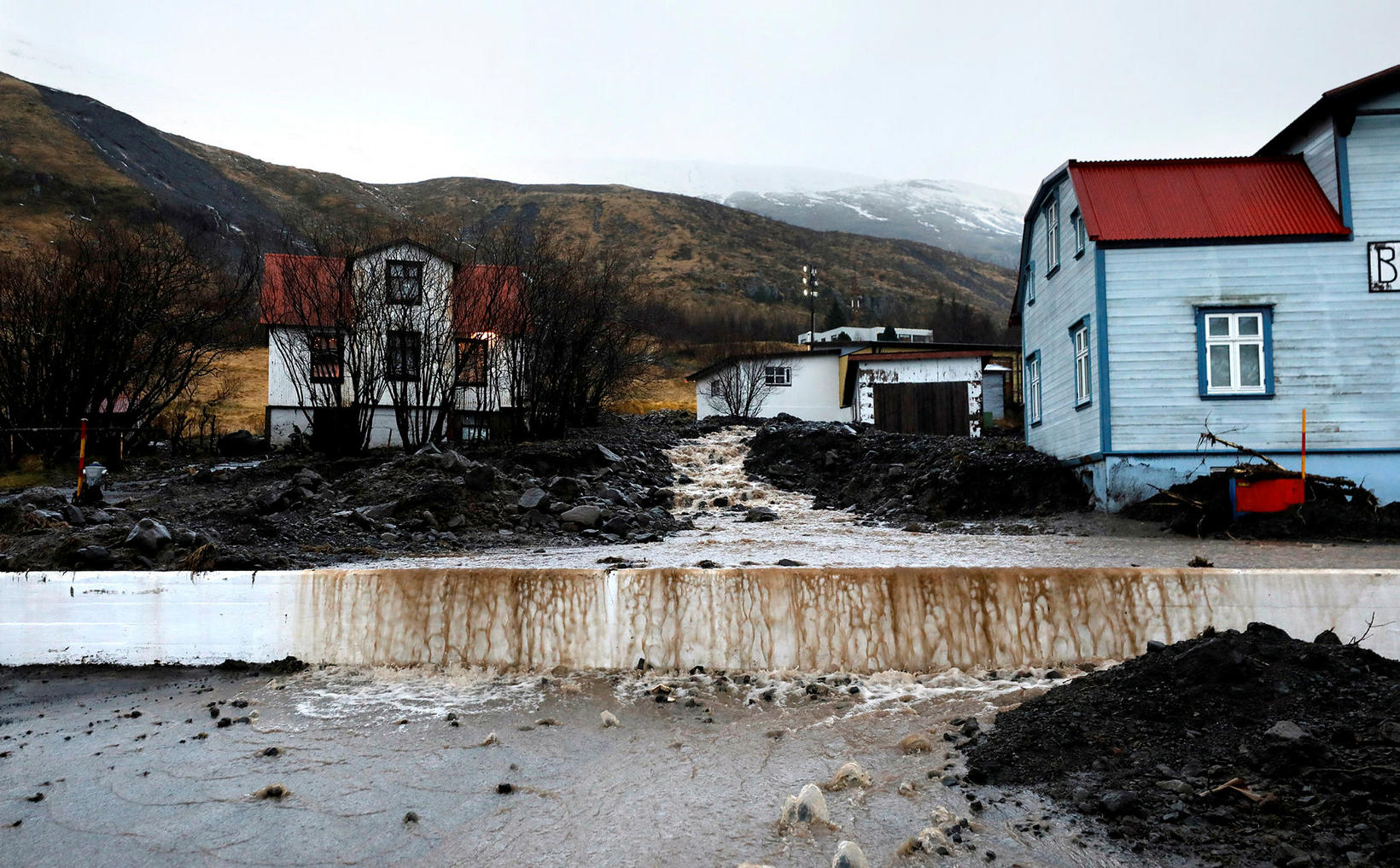 
An avalanche and landslide specialist at the Icelandic Met Office tells mbl.is that more landslides cannot be ruled out. An alert phase is still in effect for Seyðisfjörður and a phase of uncertainty in East Iceland, due to the risk of landslides.

Seyðisfjörður resident Davíð Kristjánsson has pumped mud out of his house ten times in the past days, mbl.is reports. When asked about the extent of the damage, he replies, “I’m no civil engineer; I’m just a man in boots who walks around, trying to help. I have no knowledge of what is damaged or what can be dried and saved.” He is a member of the local rescue team. 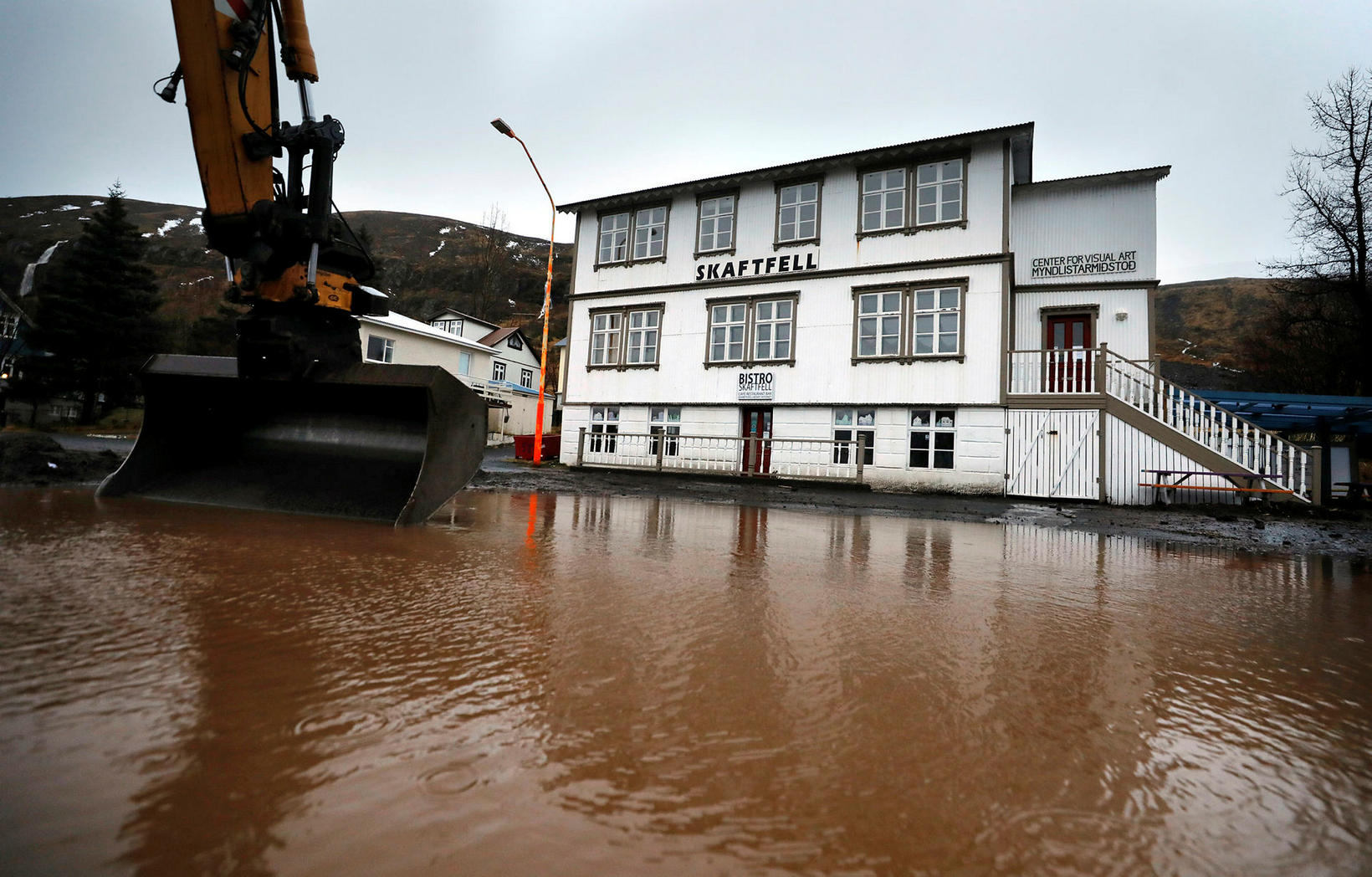 He is aware, though, that his vinyl records have suffered damage. “They’re dead. Even though it has been declared that the vinyl record is still going strong, they have turned wet and yucky. In looks to me like all of them are destroyed,” he laments.