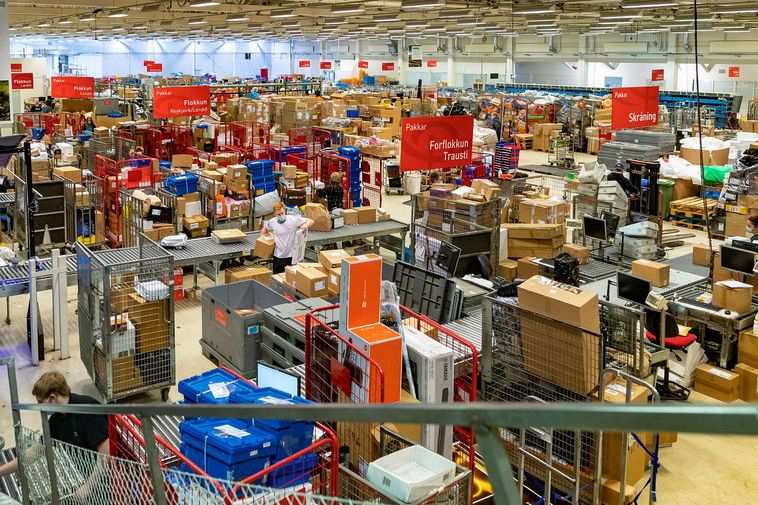 Iceland Post is unusually busy these days, Morgunblaðið reports. The reason is a major increase in online shopping, due to restrictions on public gatherings. In addition, delays in shipments to the country have led many Icelanders to choose to order from Icelandic stores rather than from businesses abroad.

“For the month of November, we expect the total increase in the shipment of packages to be around 43 percent,” states Hörður Jónsson, managing director of operations at Iceland Post.

“People have been shipping their presents earlier than usual, but we are still predicting a 60 percent increase in the shipment of domestic packages in December, and a 16 percent decrease in the ones from abroad, [compared with the same month last year.]”

As far as Christmas cards are concerned, Hörður expects their numbers to continue to decrease, as they have in recent years.

According to Hannes A. Hannesson, senior manager at TVG Xpress, the company has shipped a record number of packages this year.

“By the beginning of November, we had shipped more than 100,000 packages [since the beginning of the year,]” he states. By comparison, we shipped a total of 75,000 packages last year.” In 2019, orders from Icelandic online stores accounted for 10 percent of the total, whereas now, their ratio has reached 45 percent.