In the past, there were numerous accidents at sea near Grindavík. “Numerous boats either stranded or sank, and oftentimes, lives were lost,” Bogi states.

Only five months after the foundation of Þorbjörn, the team rescued the entire crew of 38 from a French trawler that stranded east of Grindavík. 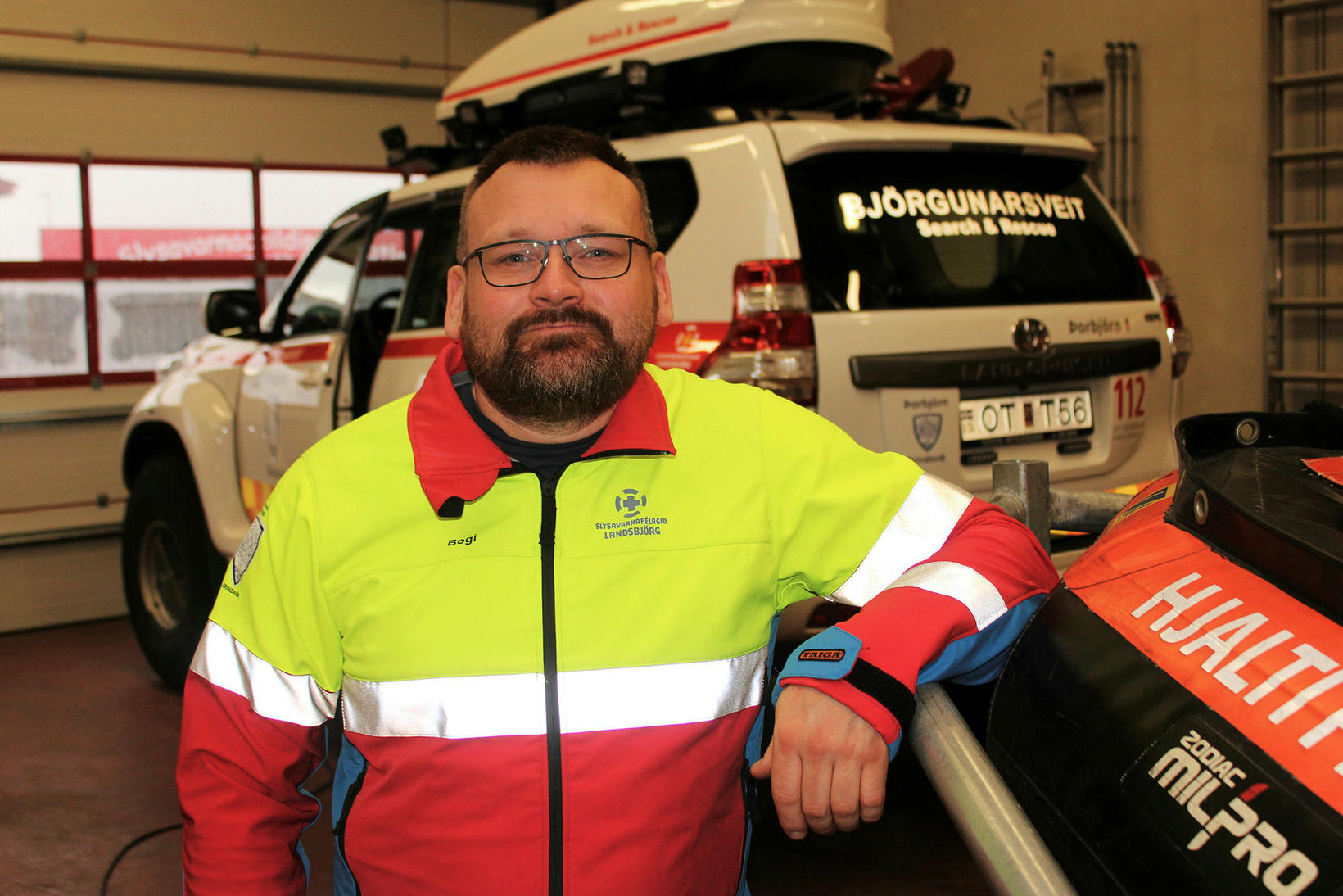 At present, Þorbjörn has about 60 members. Half of them actively work in search and rescue. A youth division is operated as well, giving students of the upper grades of Grindavík Grade School CPR lessons. “Some of these kids always end up signing up for the search and rescue team, and that, too, is the point of it,” Bogi states. 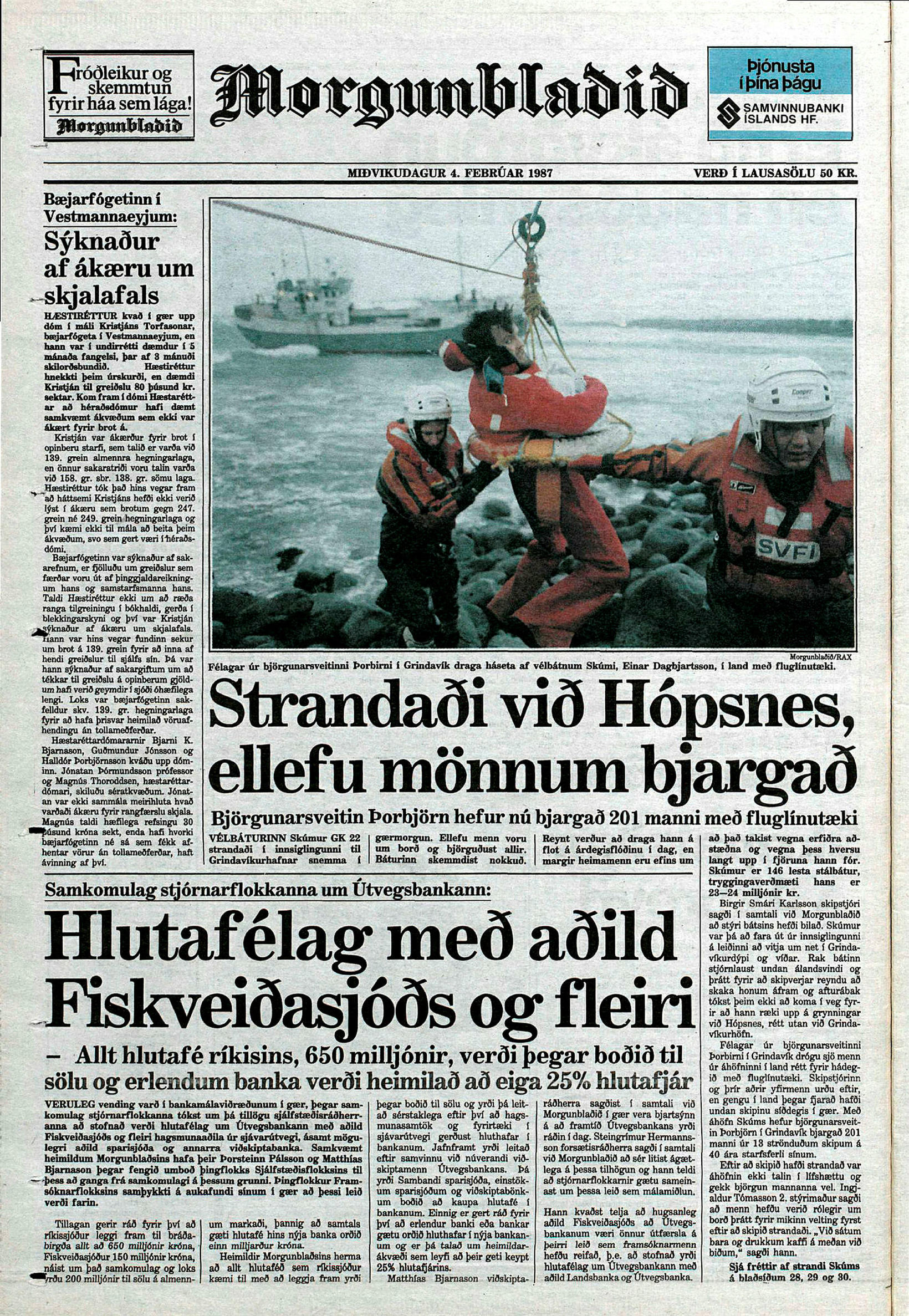 Report of the rescue of 11 fishermen by Þorbjörn. Photo by RAX.

“I myself signed up 20 years ago, when I was in my early 20s, and I liked it right away. I enjoy the outdoors, the projects are diverse, the company is great, and knowing that the work matters to the community makes a big difference.”

Þorbjörn has three large vehicles, one lifeboat, two RIBs, and two four wheelers. Improved technology and training for fishermen has reduced the number of accidents at sea, but the number of search and rescue projects on land has gone up, such as assistance to tourists.

Bogi states that the team has enjoyed the support of the fisheries and fishermen’s unions in town, as well as that of the Lions Club and more. At the top of their wish list right now are more drones and thermal imaging cameras.