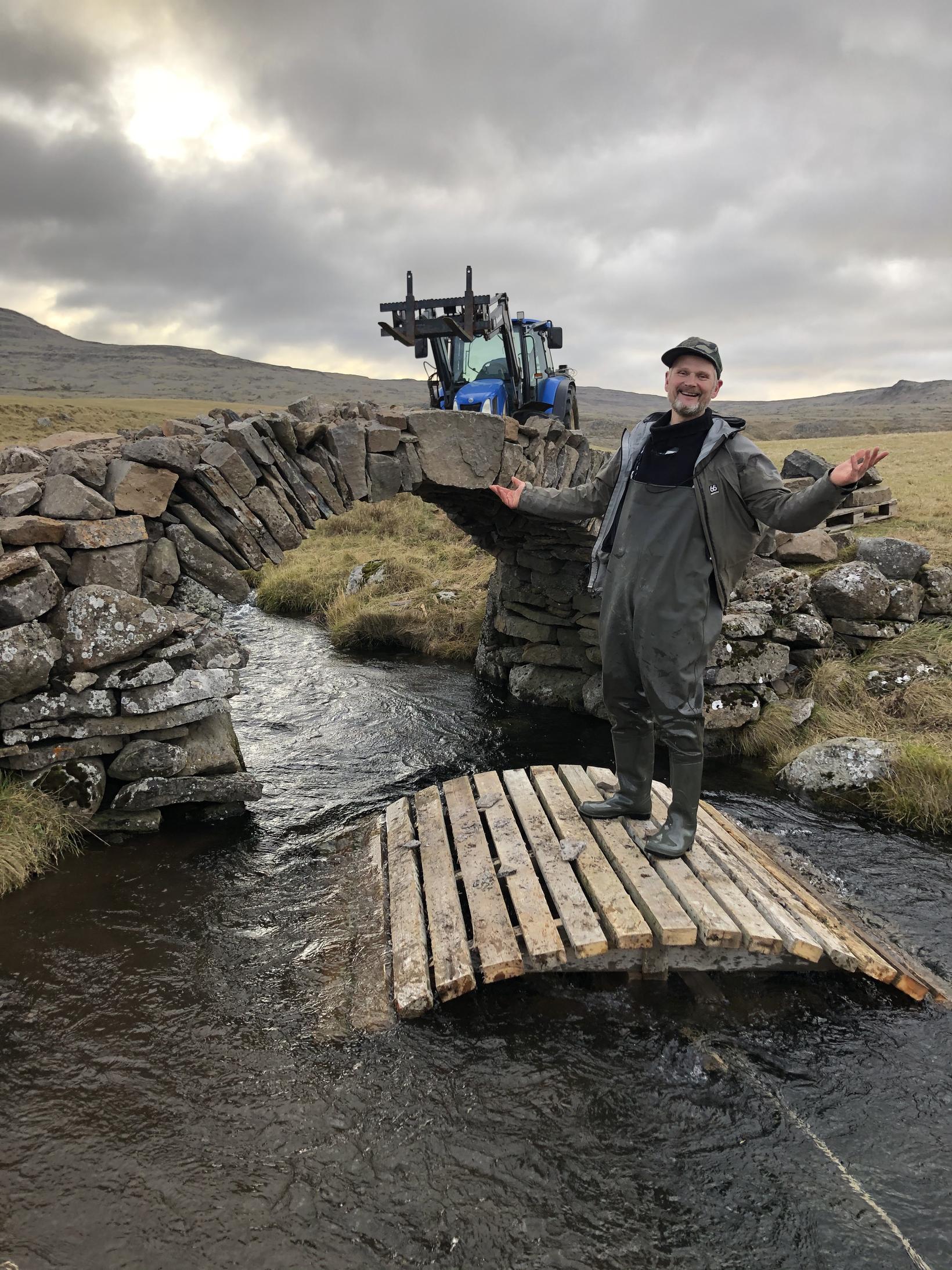 A bridge made of nothing but stones was built this fall near the farm Hænuvík, in the westernmost part of the West Fjords, mbl.is reports. 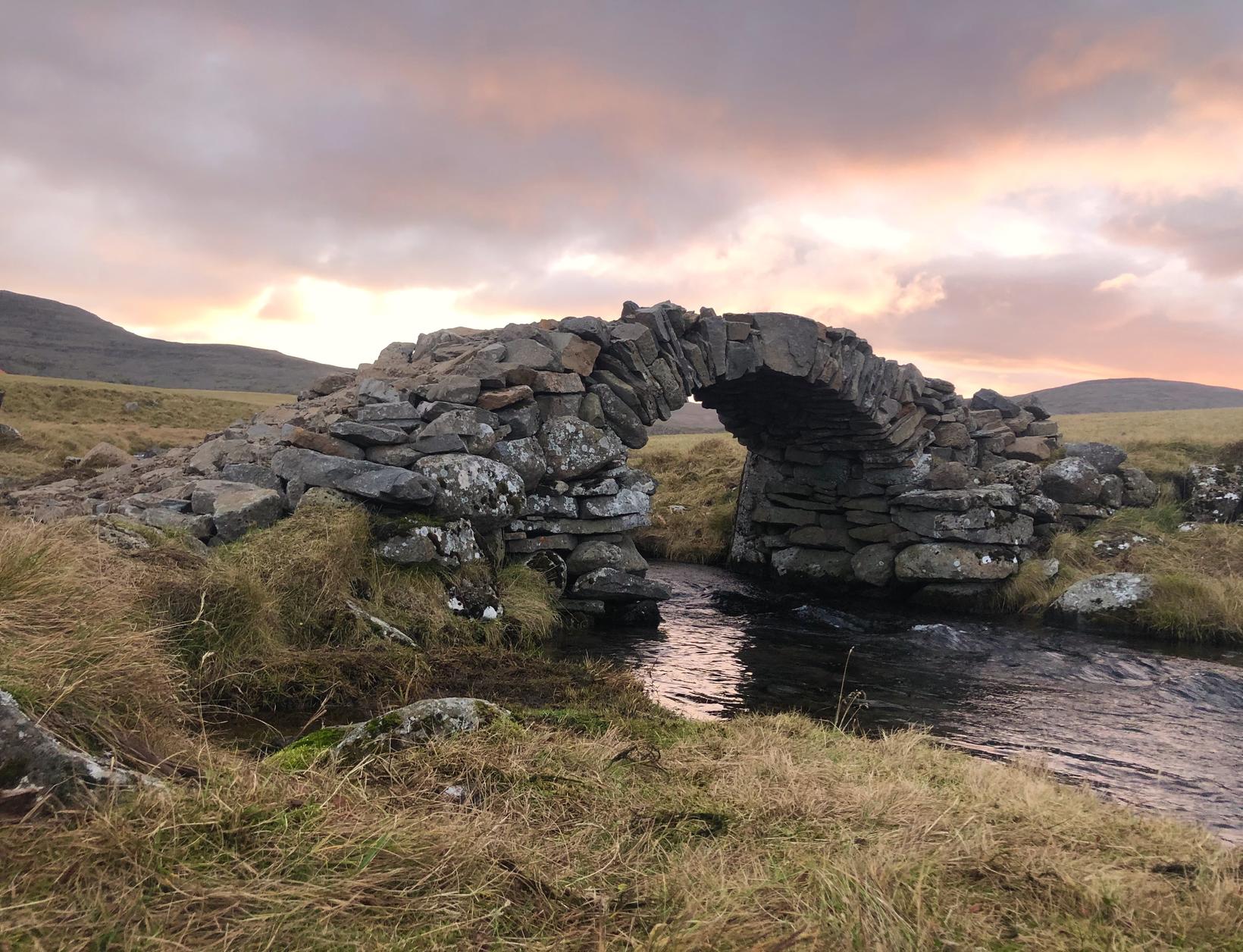 Óskar Jónasson, who headed the project, explains that what sparked the idea was a search for adventure and interest in engineering. 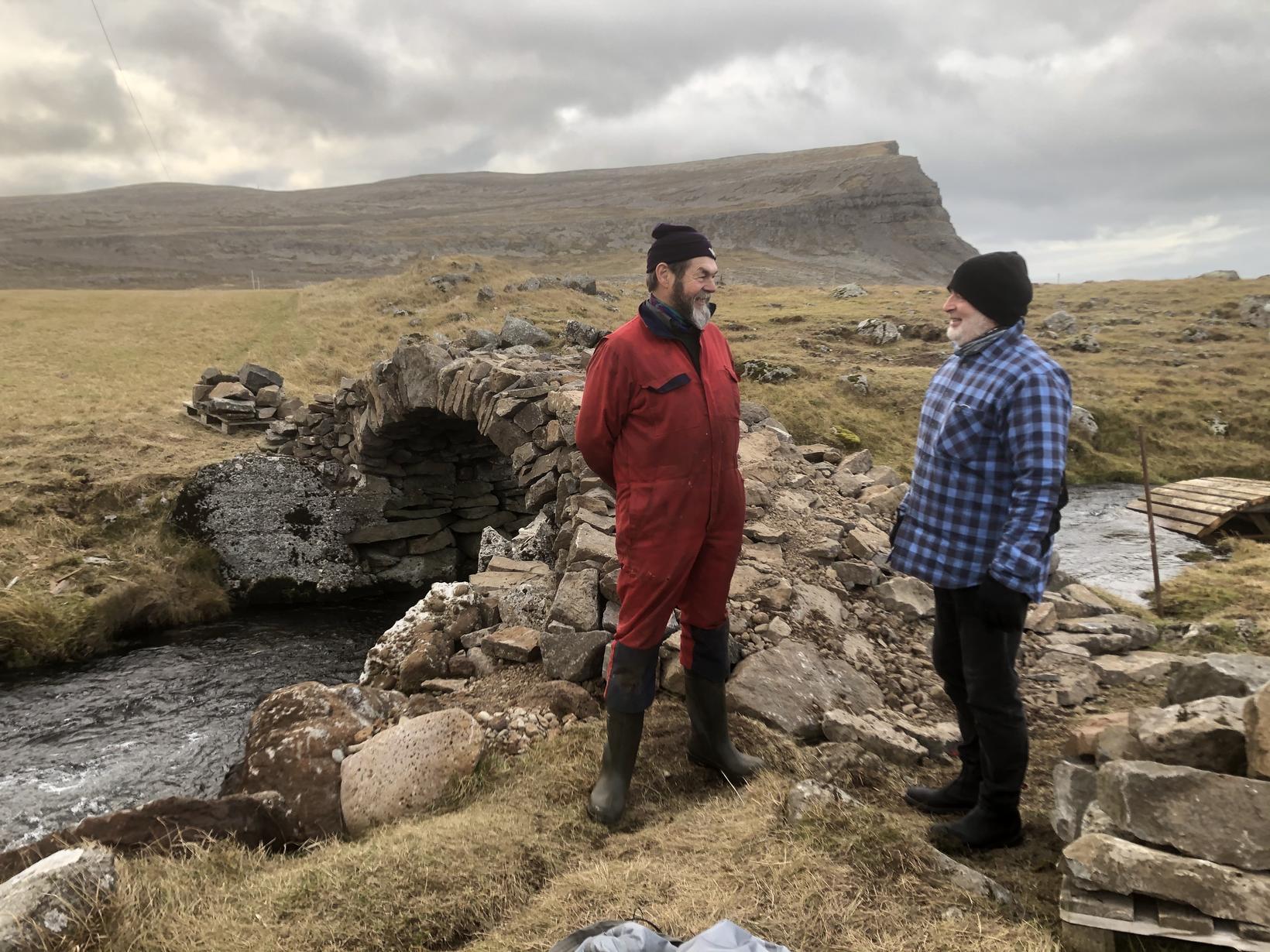 He had been pondering the idea for a long time, reading about bridges, and eventually finding out that gravity was what counted. He wonders why Icelanders don’t make use of building material in their own environment more frequently instead of constantly importing cement. 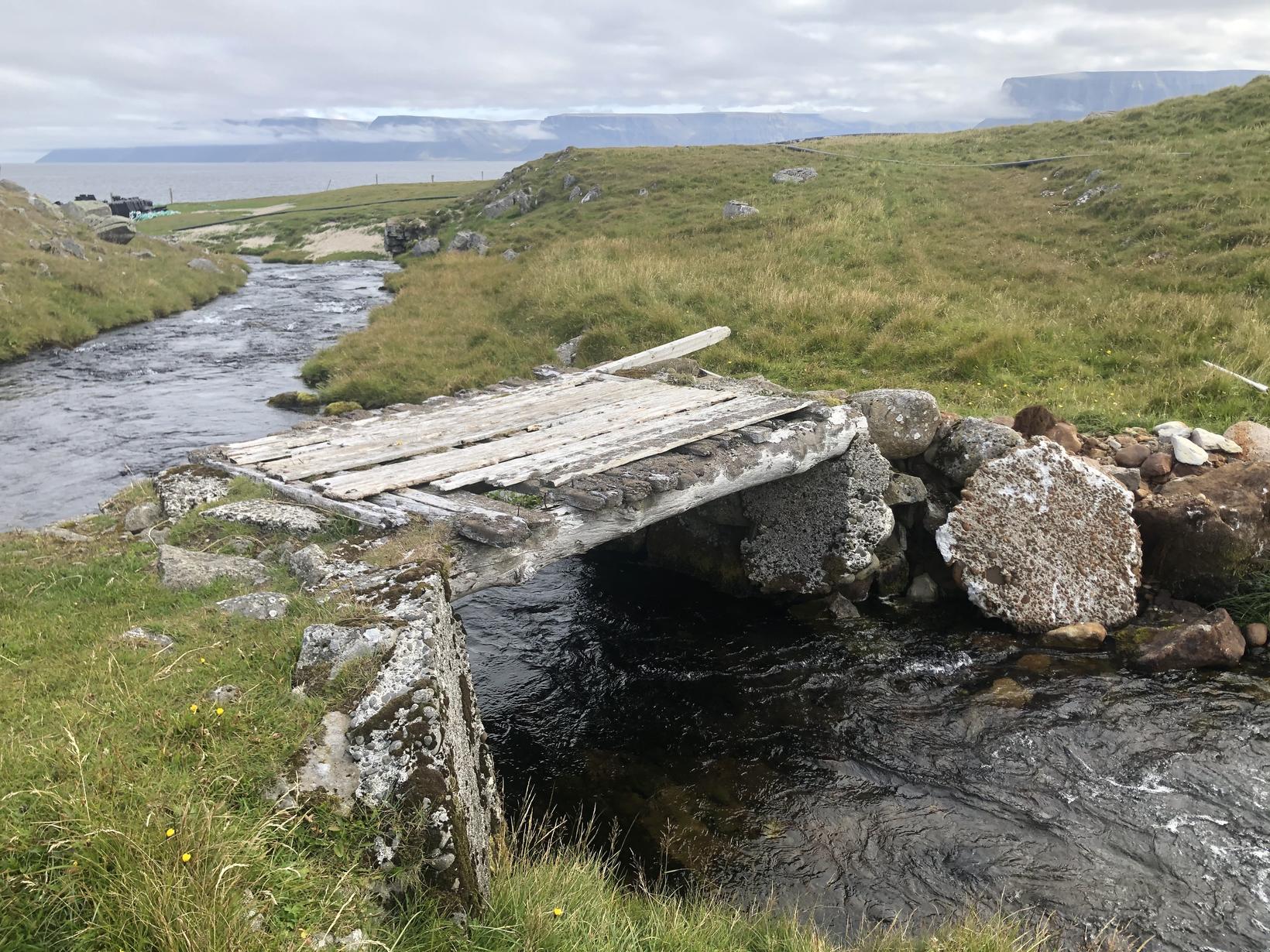 The group that participated in the project made two trips to the area to complete it. Among them was one engineer; the rest were people interested in physics.

It was an exciting moment when the wooden frame, used as a base, was removed. “It was unbelievable that all these heavy stones we had carried here would hold,” Óskar states. “These no doubt weigh many tons.” 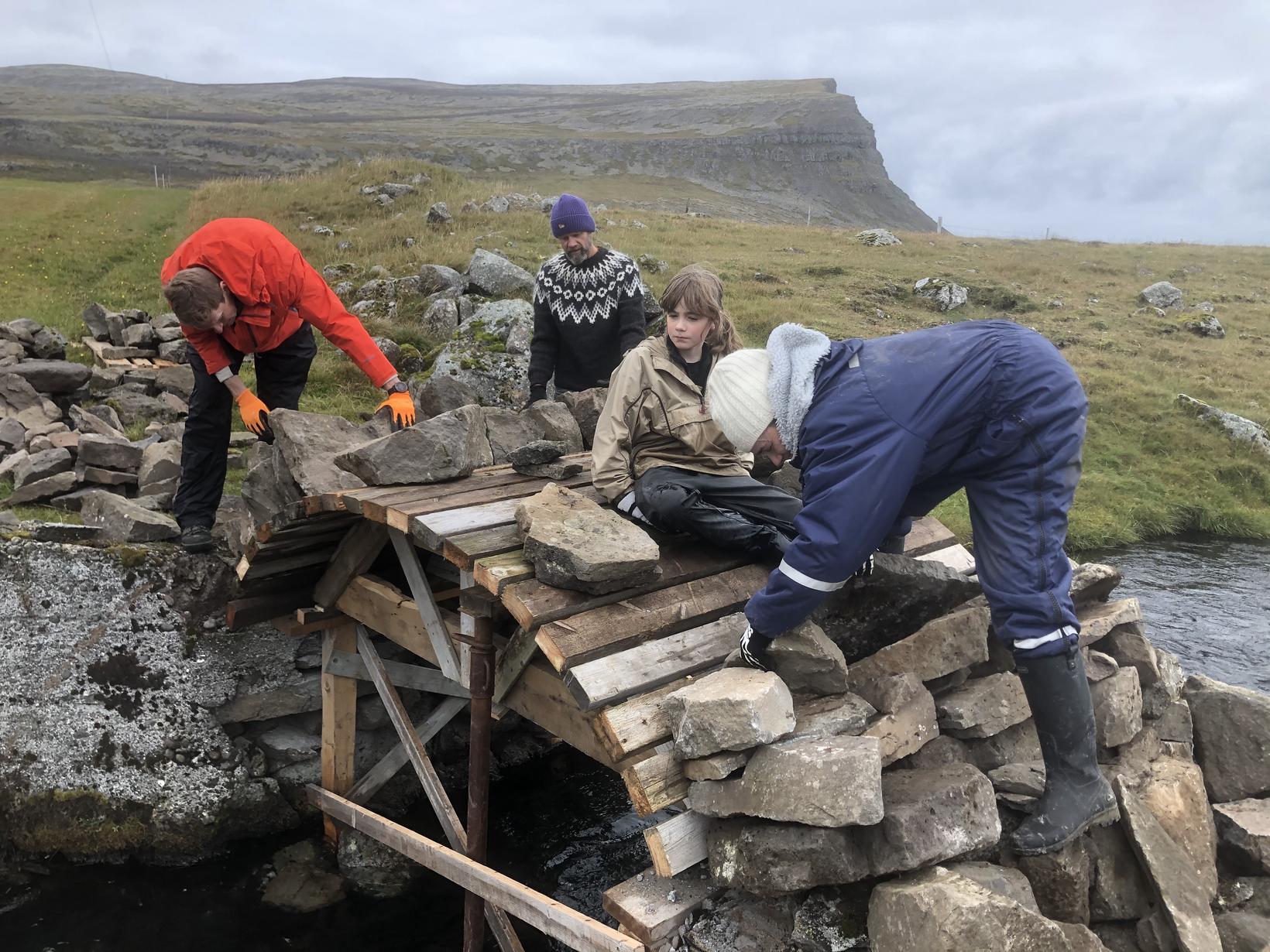 Here, you can see the wooden frame that was removed.

“I’m interested in this kind of magic, and I enjoy working with stones and turf and natural material,” he adds. “I find it much more positive than all the cement we’re using everywhere. This bridge has no cement, and no glue was used anywhere. I think we could build much more from the material available in the country instead of importing all this cement from across the ocean.” 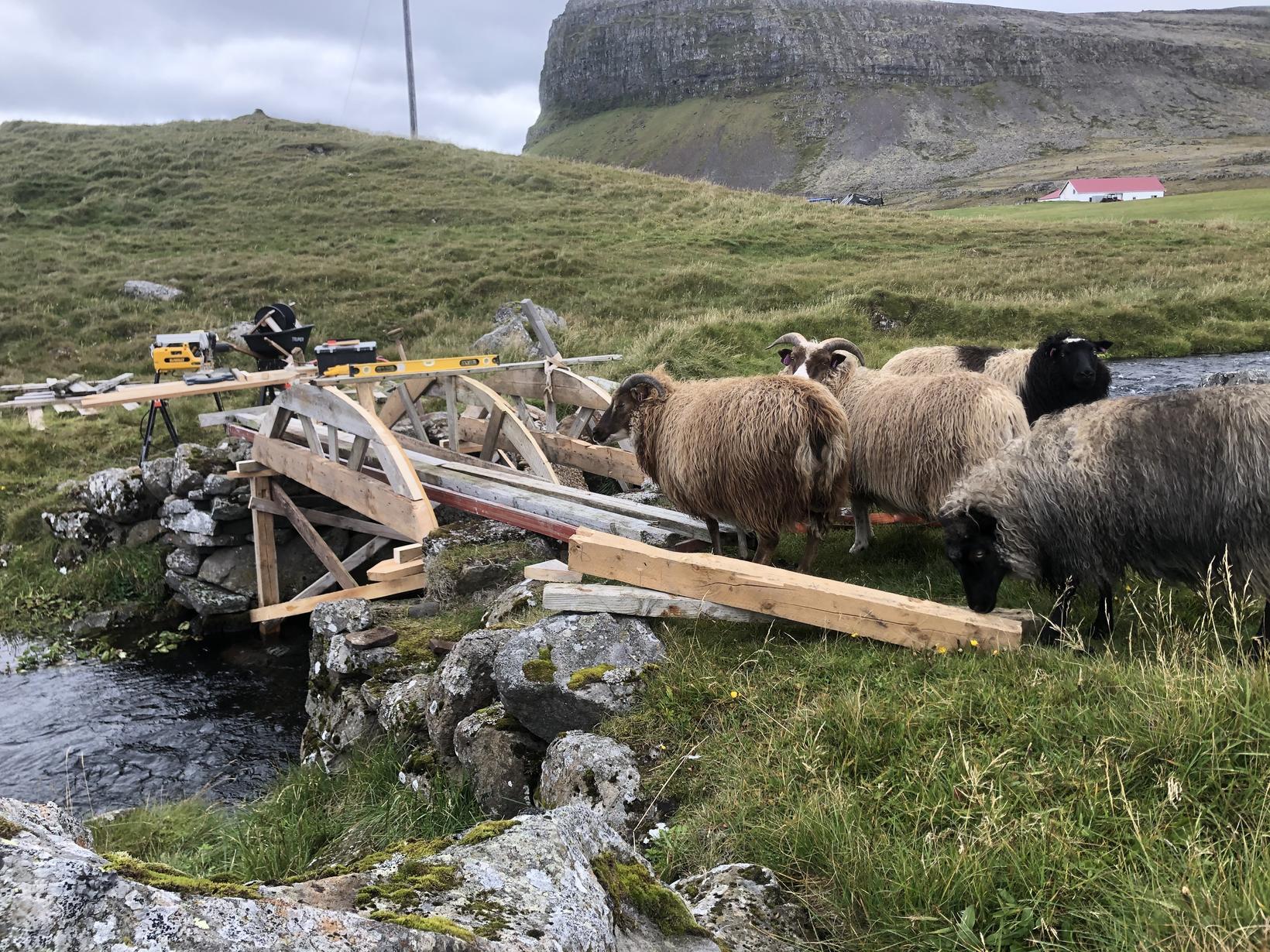 The sheep, assessing the progress of the project. Photo/Contributed

The sheep in the region have welcomed the bridge. “They simply love this bridge,” Óskar states. “To them, the bridge is like any other stones they’re used to cross.”