245 Years Old Without Signs of Aging 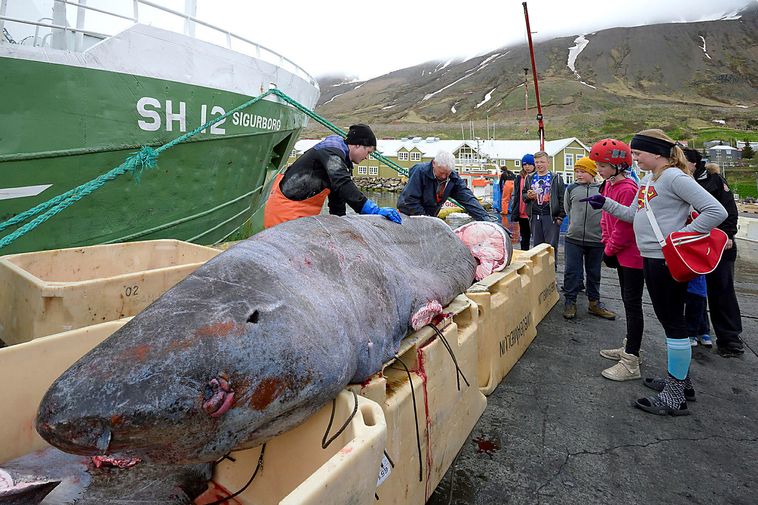 The key to aging well is keeping exercise to a minimum and living in cold and darkness – if you’re a  Greenland shark, that is.

According to the website of the Marine and Freshwater Research Institute in Iceland, this is among the conclusions we can draw from an article just published in Acta Neuropathologica.

Among the authors of the article is Klara B. Jakobsdóttir, marine resources specialist at the Marine and Freshwater Research Institute.

The research focused on the effect of aging on the brain of a 245-year-old Greenland shark, (Somniosus microcephalus), caught with a bottom trawl deep off West Iceland during an annual autumn survey of the Icelandic Marine and Freshwater Institute in November of 2017.

The aging process affects human brain cells in various ways, but how does it effect that of a shark? Research suggests that sharks can grow as old as 400-500 years, possibly older than any other vertebrate. Therefore, the goal was to research whether a similar aging process, as seen in the human brain, could be detected in that of a shark.

“Importantly, virtually all age-related changes commonly found in elderly human brains, such as protein depositions, vascular or parenchymal calcifications were completely absent in the Greenland shark C[entral] N[ervous] S[ystem]. Furthermore, classical signs of neurodegeneration were not identifiable in various telencephalic regions … and in the medial pallidum … suggesting that the brain of vertebrates can be morphologically preserved for an extremely long time as it was described for human centenarians,” the researchers state.

They conclude that this may be explained by the environmental factors of the Greenland shark, that lives mainly in 4°C cold waters in the Arctic deep sea, moving remarkably slowly.

“In summary, the researchers conclude, “our study suggests that the CNS integrity can be preserved in vertebrates for centuries, while the precise impact of intrinsic and environmental factors for the process of brain aging will need to be determined in future studies.”