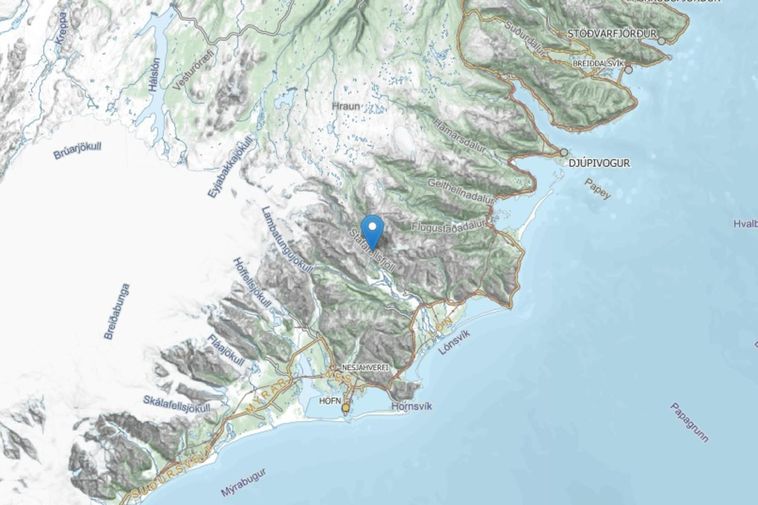 Search and rescue teams in Austur-Skaftafellssýsla county and in East Iceland are searching for a man in his early 20s in Stafafellsfjöll mountains in Lón, Southeast Iceland, mbl.is reports.

Between 30 and 40 rescue workers are taking part in the search, according to Friðrik Jónas Friðriksson, who directs the search operations.

Rescue teams were called out last night around 8 pm when the young man, who had gone hiking, had failed to return. Ten rescue teams took part in the search last night, and drones were used as well. The search continued throughout the night.

The man’s vehicle was found last night, and since then the search area has been expanded. The man is said to be well equipped for hiking.

A new shift took over the search after 6 am, and since last night, more than 100 people have taken part in the search. During the early morning hours, more rescue dogs joined the effort.

Davíð Már Bjarnason, media representative for ICE-SAR, states that today, the Icelandic Coast Guard helicopter will participate and drones will be used in the search effort.