Most of the crew members were infected with COVID-19. mbl.is/Halldór Sveinbjörnsson

“The circumstances of [the crew] were deplorable. They’re out at sea and unable to go anywhere, watch men falling ill, but the processing of the fish continues, and they keep fishing; it is windy,” Finnbogi Sveinbjörnsson, head of the Union of the Residents of the West Fjords, tells Morgunblaðið . “As our vice chairman so appropriately phrased it, ‘Fishermen work as long as they’re able to stand,’ but this is no joking matter,” he adds.

He is referring to an issue widely discussed in Iceland over the weekend, where one after another, the crew members of  the freezer trawler Júlíus Geirmundsson, owned by the fishing company Hraðfrystihúsið Gunnvör, fell ill while the trawler was out fishing and were denied the opportunity to return to harbor to be tested for COVID-19 until three weeks had gone by.

Once the crew of 25 had been tested , nine members were found to have antibodies, 13 were infected with COVID-19 and had to be isolated, and three who tested negative had to be quarantined. They were not tested until October 19 when the ship came to harbor in Ísafjörður for refueling. 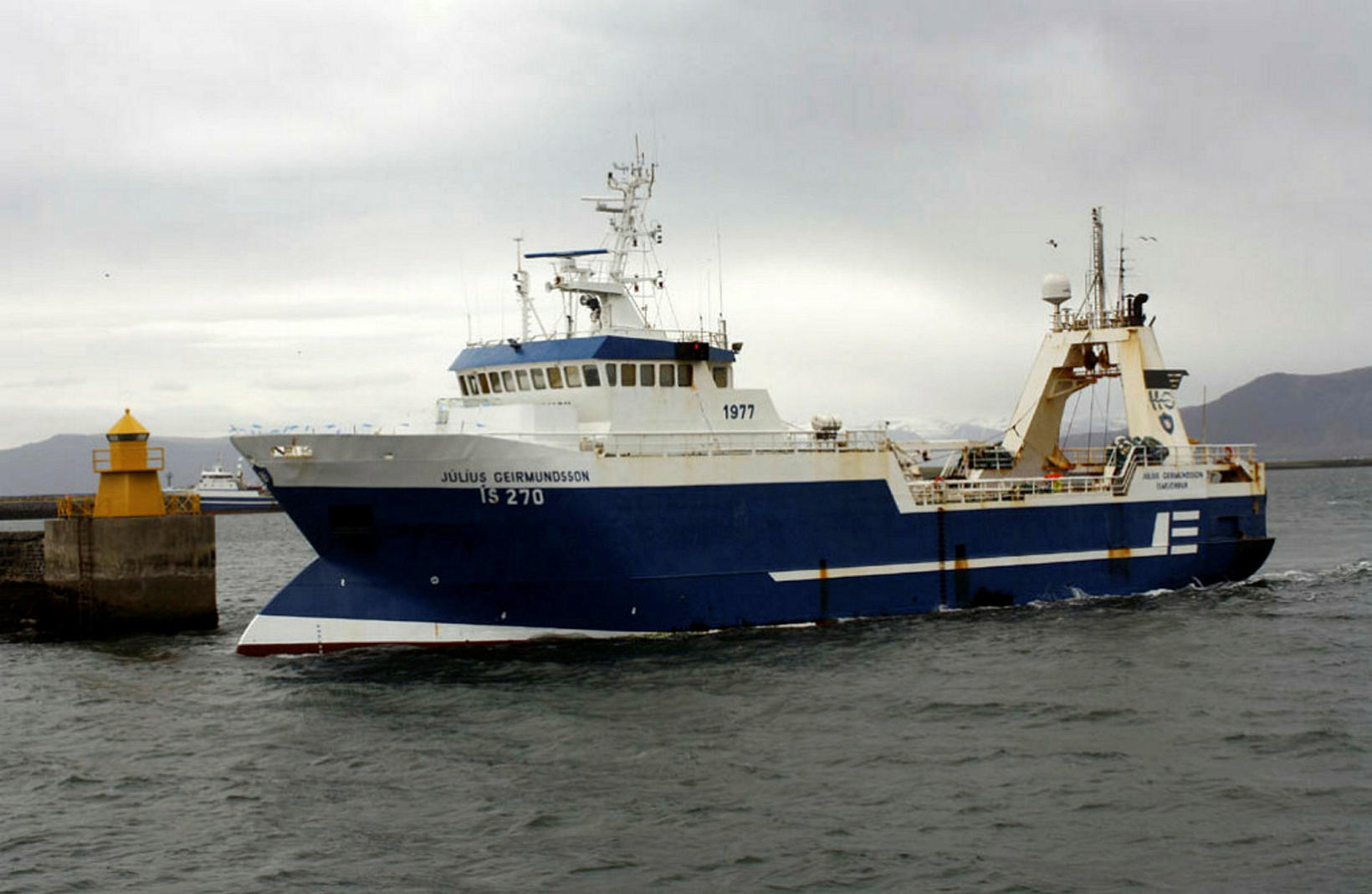 “In our opinion, the captain and the fishing company seriously diverged from safety rules, and we will keep looking into the case,” Finnbogi states. “We keep consulting with our lawyers, and if our members suffer damage to their health due to decisions made by the fishing company, we will follow through with that case. That is perfectly clear,” he adds.

Once crew members began falling ill, the West Fjords Healthcare Institute was contacted. The district doctor asked that the trawler return to harbor, since COVID-19 infections were suspected, mbl.is reports. That request was reiterated but denied by Hraðfrystihúsið Gunnvör. Subsequently, more crew members fell ill. Neither the fishing company nor the captain saw reason to return to harbor.

The crew members’ accounts show that the situation on board the ship was very serious, and that numerous crew members had a high fever, trouble breathing, and more symptoms of COVID-19. They required pain killers to keep going, but those were in inadequate supply.

The union issued a statement , saying,  “Crew members were prohibited from discussing the illness with anyone but their families… Thus, crew members were kept against their will and sick at work at sea, in strong winds and poor fishing conditions, while COVID-19 spread among them.”

Rules require that if a COVID-infection is suspected on board a ship, the Icelandic Coast Guard must be notified. The Coast Guard then notifies health authorities.

Chief Epidemiologist Þórólfur Guðnason tells Morgunblaðið it is obvious that rules were not followed when the illness came up. “I believe this is a very serious matter,” he states.

The board of the fishing company, Hraðfrystihúsið Gunnvör, issued a statement, saying that the suspected COVID-19 infection should have been reported to the Icelandic Coast Guard. “Unfortunately, that was not done, and the company will certainly accept responsibility for that mistake. The company sincerely apologizes for the mistake,” the statement reads.