How about converting a coast guard ship into an avalanche museum with overnight accommodation and a restaurant? This is the suggestion of a task force in charge of finding a location for an avalanche museum in Flateyri, the West Fjords – a small town with a tragic history of avalanches. On October 26, 1995, a large avalanche hit the town in the middle of the night, killing 20 people, including four children.

The task force has requested talks with the municipal council of Ísafjarðarbær, to which Flateyri belongs, regarding finding a place for the coast guard ship Ægir in Flateyri, Morgunblaðið reports. Eyþór Jóvinsson, who heads the task force, is convinced the ship itself would be a major attraction. 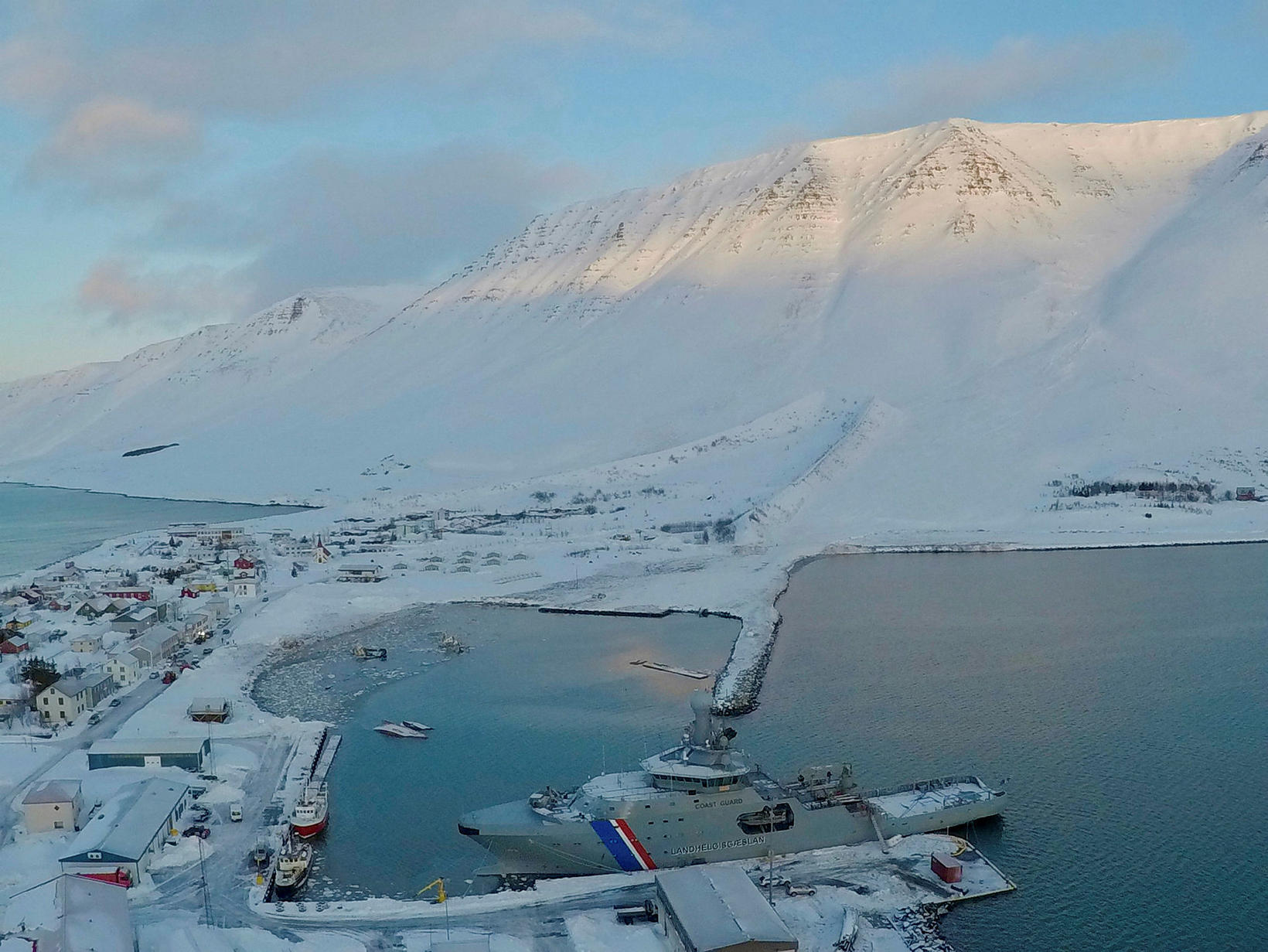 Flateyri in January this year.

The task force has been looking for appropriate housing for the museum. “We haven’t been able to secure anything,” Eyþór states. “We’ve been focusing on finding housing that has a connection to the history of avalanches. Since the supply of such housing is limited, we began thinking of other solutions, and then the idea of the coast guard ship Ægir came up.

“We know the ship has served its purpose at the Icelandic Coast Guard. Ægir played a big role in the aftermath of the avalanches in Flateyri in 1995, when it ferried rescue workers out west and residents of Flateyri south. This fit the idea perfectly,” he explains.

According to the website of the Icelandic Coast Guard , Ægir was built in Denmark in 1968.

Eyþór adds that the idea was well received by the Coast Guard, but he stresses that no deal has yet been done. It remains to be seen how the Ísafjarðarbær municipality feels about finding a proper place for the vessel in Flateyri.

A small exhibition on avalanches is nowhere near enough to fill the space provided by the coast guard ship. Therefore, the idea is to operate an overnight accommodation, restaurant and a facility for exhibitions and entertainment there.

“Such unique facilities would be a major attraction for guests,” Eyþór asserts. “We’re a fishing nation with a strong connection to the ocean and, yet, we cannot offer accommodation on board a single ship. In my view, the vessel would completely change tourist services in Flateyri and create many exciting opportunities,” he concludes.

Buried in Snow for 40 Minutes