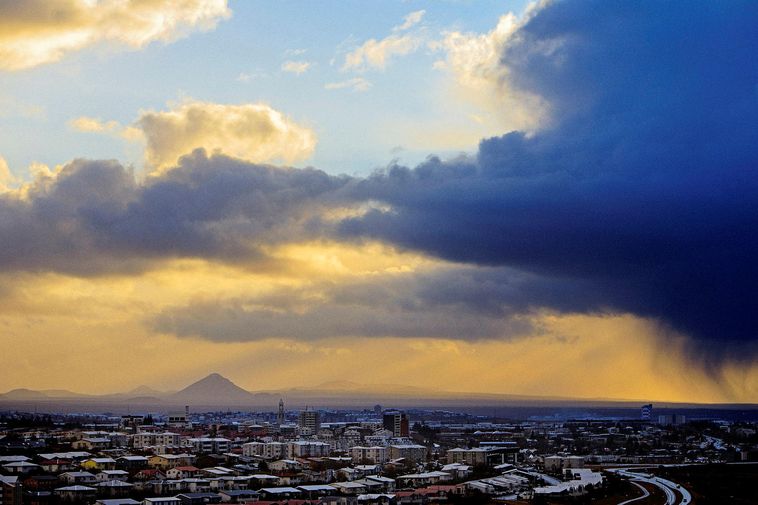 The earth trembled repeatedly on the Reykjanes peninsula yesterday and continued to do so this morning, when a tremor of magnitude 2.9 was detected at 5:06 am near Fagradalsfjall mountain.

The largest earthquake that struck yesterday was of magnitude 4.2. It occurred at 4:15 pm, about 10 km northeast of the town of Grindavík. It was preceded  at 1:43 pm by another one in a similar area, measuring 3.7. Both of the quakes were widely felt in the southwestern part of the country, including the capital area, and even as far east as Stokkseyri and Vestmannaeyjar islands, mbl.is reports. In Grindavík, items on shelves rattled and houses creaked, but no property damage was reported.

The quakes are part of an intense seismic swarm that started in the area July 19. More than 5,000 tremors have been detected since then. According to the Icelandic Met Office, the seismic activity is likely caused by stress change in the crust, due to multiple intrusions of magma on the Reykjanes peninsula since January.

“This is always somewhat alarming,” Reykjanes Mayor Kjartan Már Kjartanson tells mbl.is. “It’s not a question of whether but when an eruption will occur [in Reykjanes] - be it ten, 100, or 300 years from now.”