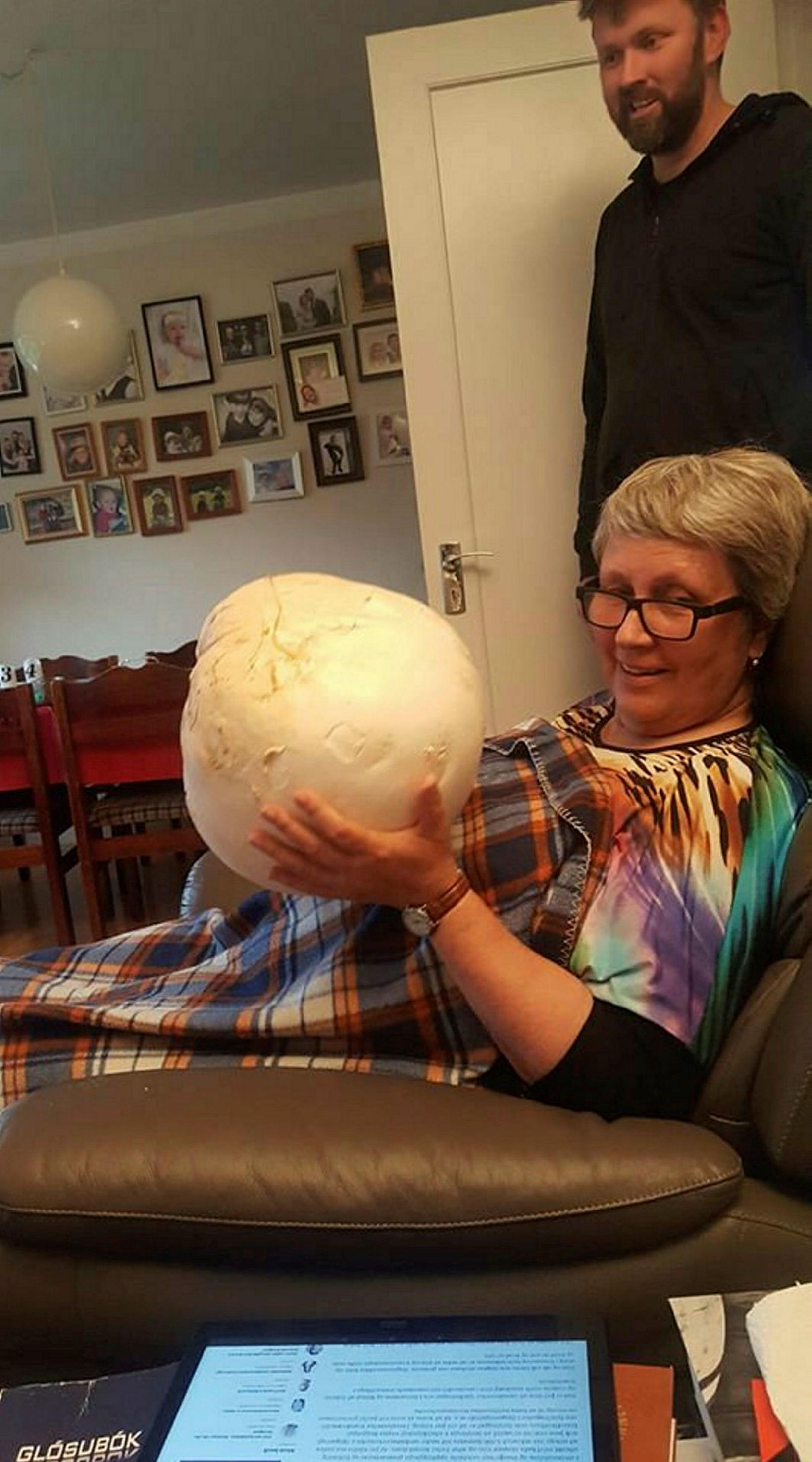 What is round, white, larger than a basketball, and weighs 4 kg? “My son thought it was a ball,” states Ragnar Eiðsson, farmer at Bragðavellir, Djúpivogur, the East Fjords.

No, it was not a ball but a mushroom called giant puffball (Calvatia gigantea), which, according to the website of the Icelandic Institute of Natural History, is believed to be the largest kind of mushroom in the world..

Ragnar’s daughter-in-law discovered the mushroom right outside the farm and brought it to him and his wife Þórunnborg Jónsdóttir. It weighs more than 4 kg (about 9 lbs) and has a circumference of 102 cm (40 in). 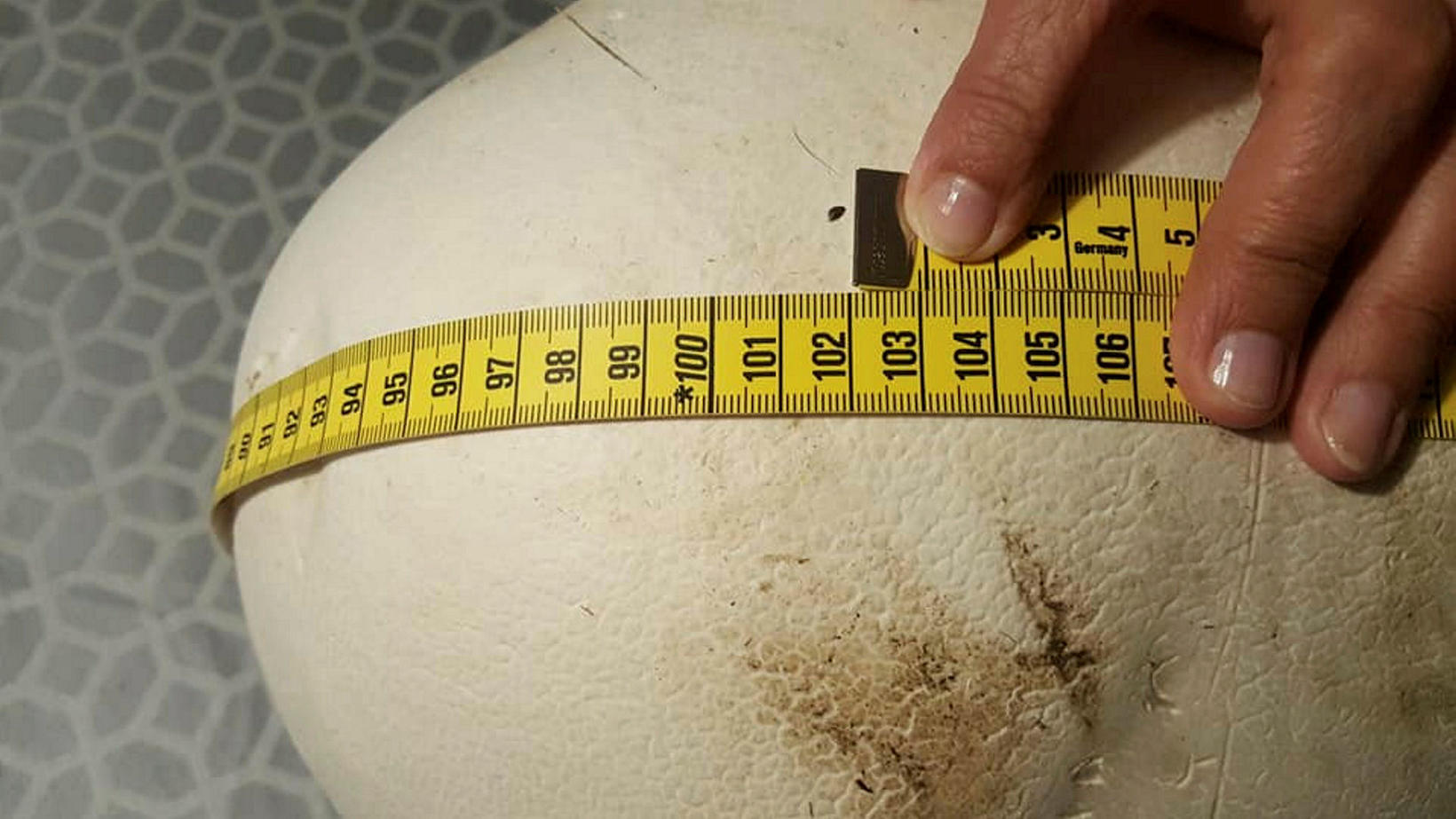 This kind of mushroom is edible, so we can be sure that the family will get a great deal of practice cooking mushroom dishes in the coming days.

Guðríður Gyða Eyjólfsdóttir, mushroom expert, tells Morgunblaðið that this is probably the 15th such mushroom to be found in Iceland.

According to the Icelandic Institute of Natural History, the first ones were discovered late in the summer of 1988 – one in Árnessýsla, South Iceland, and  the other one in Hörgárdalur valley, Eyjafjörður, North Iceland. The largest one to have been found in the Eyjafjörður region had a diameter of 50 cm (20 in) and weighed over 6 kg (13 lbs).