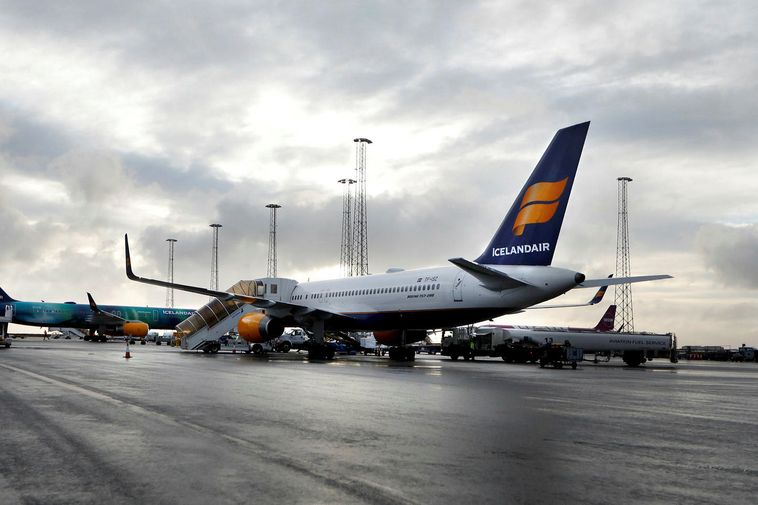 The Aircraft Accident Investigation Board in Iceland has just published its final report on a serious incident, involving an Icelandair aircraft, approaching Keflavík International Airport on October 19, 2016. The aircraft was on its way from Glasgow, Scotland, with 113 passengers on board, mbl.is reports.

The report describes a series of factors that led to the aircraft not following the planned landing approach and flying instead too low with regard to distance from the runway.

Strong winds and heavy rain in Keflavík prevented the pilots from seeing the ground when they descended from the cloud cover.

A ground proximity warning system (GPWS) - a system designed to alert pilots if their aircraft is in immediate danger of flying into the ground or an obstacle – was subsequently activated, causing the pilots to abort landing and direct the aircraft away from the airport.

The warning system was activated at an elevation of 165 m (541 ft), a 5-km distance from runway 19, where landing was planned. The aircraft came as close as 67 m (221 ft) from the ground before the pilots succeeded in turning it around. The committee concludes that the GPWS prevented the aircraft from crashing.

It criticizes Icelandair for failing to report the incident right away and for waiting instead to do so until the next day.

Jens Þórðarson, who heads Icelandair’s operations division, tells Morgunblaðið the airline has implemented all the changes suggested in the newly published report, among them changes to the training of pilots when using area navigation (RNAV).