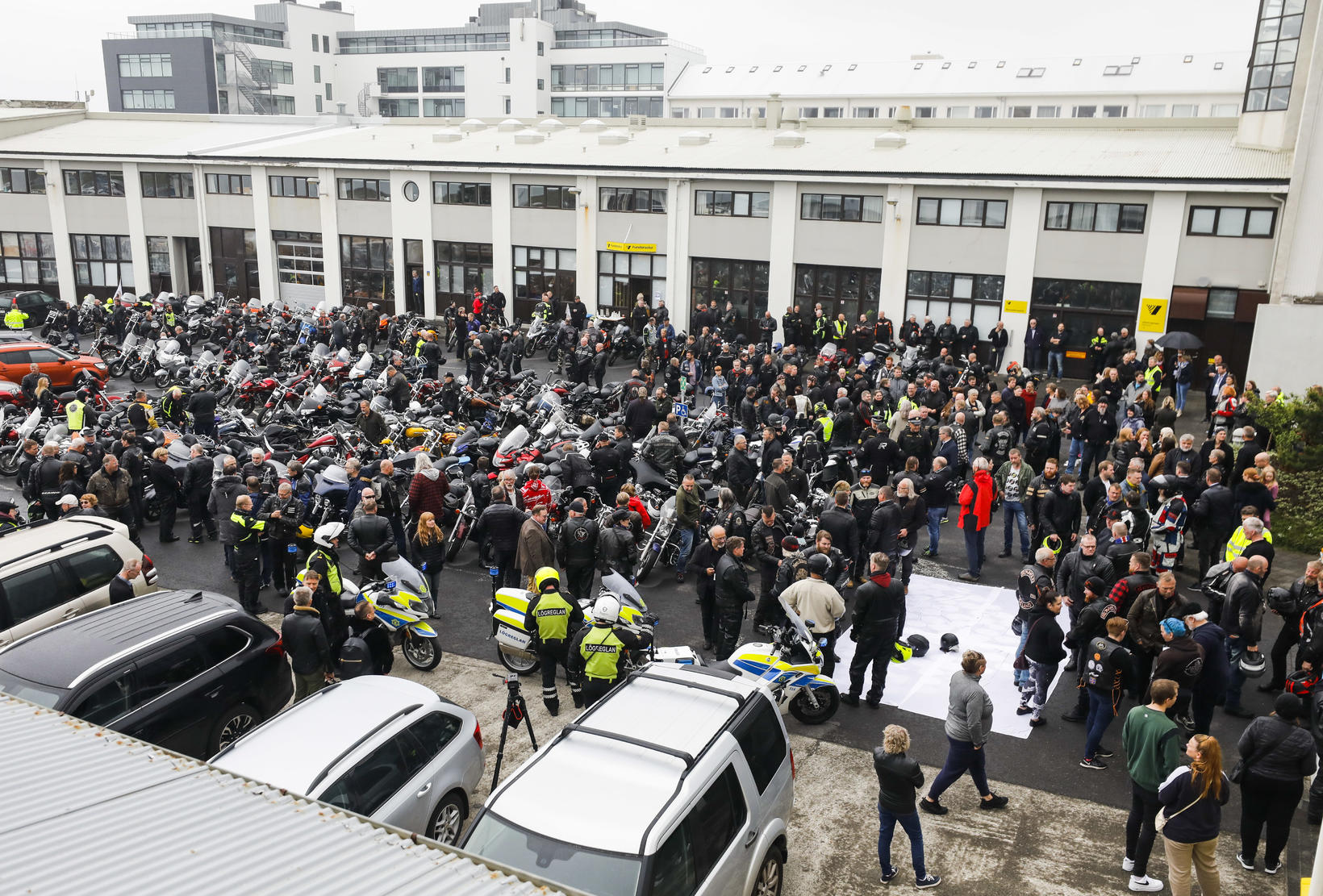 Numerous motorcyclists gathered in Iceland yesterday in front of the offices of the Icelandic Road Administration, following Sunday’s fatal collision on a newly paved, slippery road, just north of Reykjavík, where two motorcyclists lost their lives.

Protestors asked authorities, contractors and suppliers to prevent such dangerous conditions from being created again. They furthermore demanded that single-lane bridges, blind hills and quick solutions be eliminated. “We’ve got to be able to trust the roads,” Jokka G. Birnudóttir, representative of the motorcyclists’ association Sniglarnir, stated.

A minute of silence was observed. 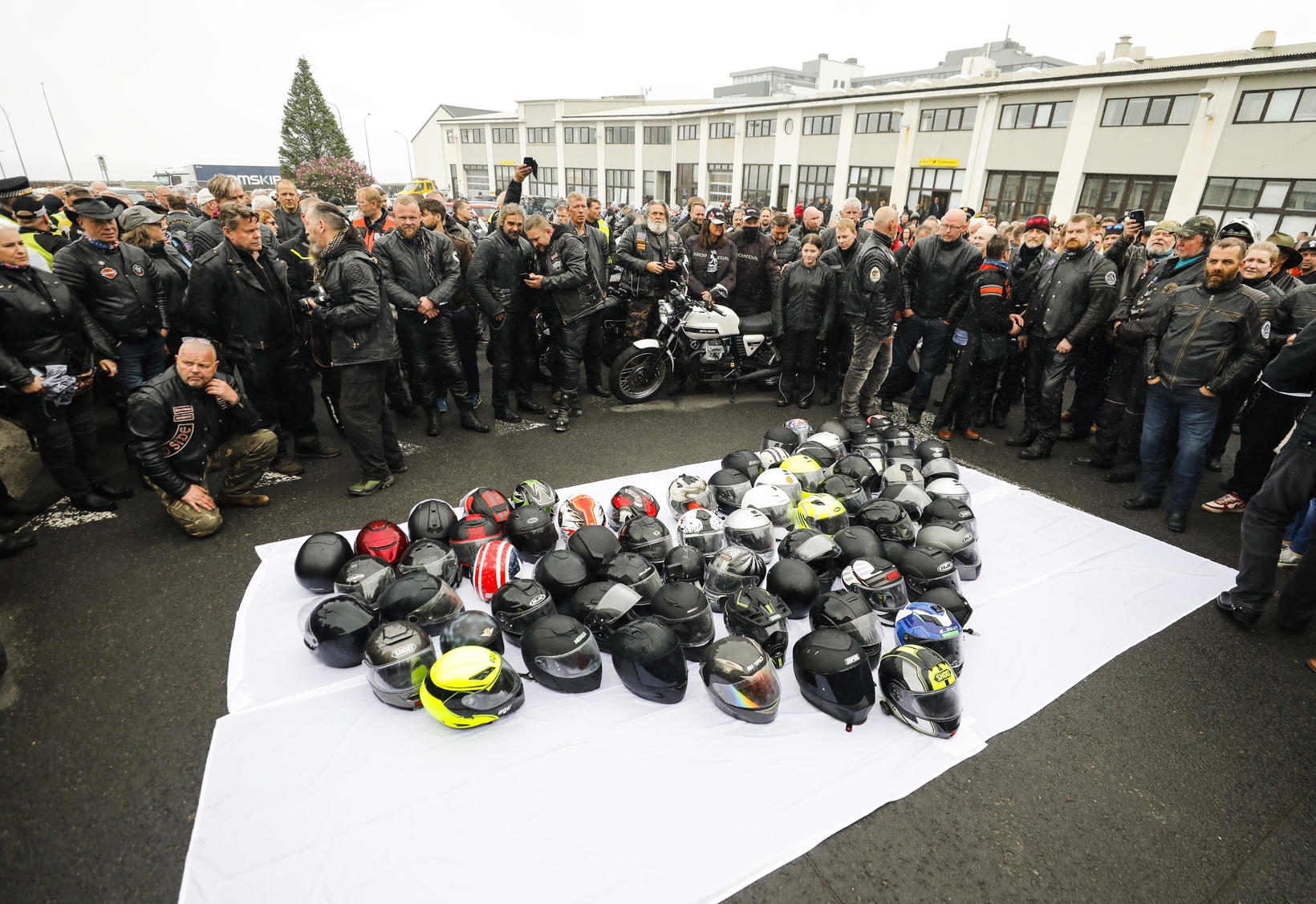 Neither speeding nor reckless driving were to blame for the accident, but the road was reportedly wet and extremely slippery. An ambulance arriving on the scene landed off the road for that reason. It is not clear what caused the road to become this treacherous.

Pétur Matthíasson, media representative for the Road Administration, tells mbl.is that the method and material used for paving the stretch of road in Kjalarnes, where the accident occurred, were the same as usual. The road proved more slippery than the Road Administration requires, but no explanation for that has been found. A police investigation is underway.

Samples from the asphalt have been collected, and the plan is to send them for analysis to Innovation Center Iceland, as well as to Sweden.

The road is to be paved anew, as is another stretch of newly paved road on Gullinbrú, Reykjavík, which has proven too slippery. The same contractor, Loftorka, was in charge of both projects.

Pétur states that Loftorka and the asphalt production station Höfði both have decades of experience. “We know that these contractors are experienced, and there is nothing they can point to that was wrong,” Pétur states.

Work on Gullinbrú will begin today and on Kjalarnes in the coming days. In the meantime, maximum speed in the area has been reduced to 50 km/hour.

The Road Administration is monitoring a few additional stretches of newly paved roads in Reykjavík, where commuters have reported slippery conditions. Maximum speed in these areas has been reduced to 50 km/hour while investigation is underway.