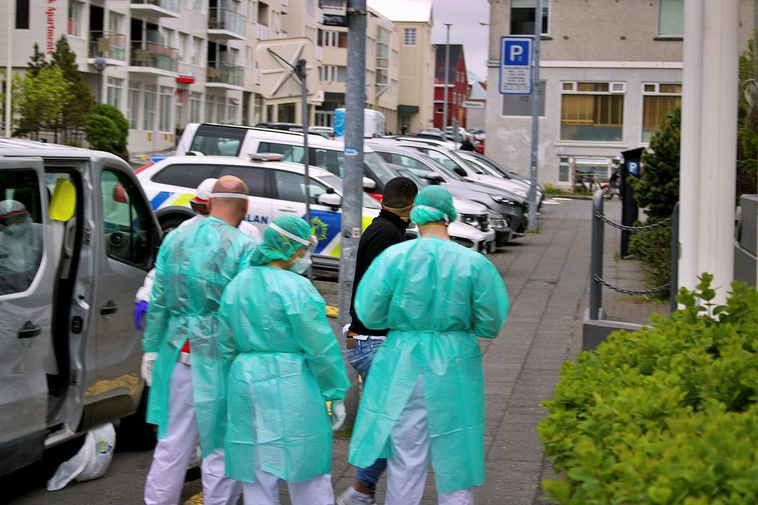 Three foreign nationals were arrested in Selfoss, Southwest Iceland, over the weekend, suspected of theft and burglary. Two of those tested positive for the novel coronavirus, resulting in 16 police officers having to be quarantined, Morgunblaðið reports.

Police searched for another three people over the weekend in connection with the case, all of whom were subsequently found. All six of them had arrived in the country last week and violated quarantine rules by providing authorities with a false address, saying they would be spending quarantine there.

Authorities have not yet decided whether those among the six who tested negative for the virus will be deported, mbl.is reports.

The two people who tested positive - a man and a woman - were accompanied by police to Fosshotel Lind, Reykjavík, which has been reopened as a quarantine facility after having been closed since May 13. The two will spend two weeks in quarantine in Iceland.

“This is part of organized crime; there is no other way to describe it,” Assistant Chief Constable Rögnvaldur Ólafsson told mbl.is yesterday.

He believes the arrival of six people in the country last week is part of a pattern that has been repeated in Iceland in the past few years, where foreign groups come to the country to commit theft and burglary.

Police looked for another five people of the same nationality  - men and women - over the weekend, believed to have been in contact with one of the infected individuals from the other group.

Those five ended up taking two taxis to a police station overnight to inform the police of a changed location while they were in quarantine. They are currently at Fosshótel Lind awaiting test results for the novel coronavirus.