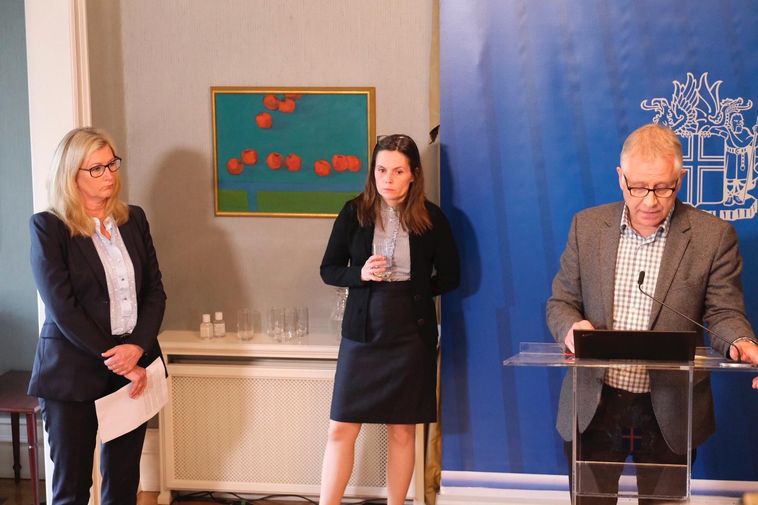 At a press conference this afternoon, Icelandic Prime Minister Katrín Jakobsdóttir and health authorities  explained in more detail than before how the process of opening Iceland’s borders will be implemented.

Previously plans to accept recent PCR tests from abroad have changed. No test results from abroad, neither PCR tests nor antibody tests will be accepted. The chief epidemiologist stated that this decision was made since no official international certificates are yet available.

Tests will be taken at Keflavík International Airport, as well as at other ports of entry. Tourists will be allowed to go to their accommodation after being tested and while they await results. While waiting for the results, they must follow certain guidelines. Most of the time, results will be available the same day, but in some cases the next day if passengers arrive in the evening.

There will be ten booths for testing at the airport and it will be possible to test up to 200 passengers an hour. Two thousand tests can be analyzed in the country a day. The number of passengers a day must not exceed that number, most likely through July.

Until June 15, restrictions on non-essential travel to the EU and the Schengen area, including Iceland, remain in place (see press release from May 8). It was revealed at the meeting that what happens after June 15 is not clear, but it appears likely that the European Commission will extend the restrictions through the end of June.

The testing of tourist is expected to provide authorities with statistical information, which possibly could be used to define risk areas, as well as areas thought to be safe enough not to require further testing.

The chief epidemiologist recommends continued testing at the airport for six months, but the program will be reassessed every two weeks.

DeCode Genetics will participate in the testing process, along with Landspítali’s Department of Microbiology and public health clinics in the capital area.

Preparations are still underway for the testing of tourists, the prime minister stated, and much work remains, but she expects everything to be ready by June 15.

The next easing of restrictions regarding public gatherings in Icleland is expected June 15, at which point up to 500 people will most likely be allowed to gather at once.