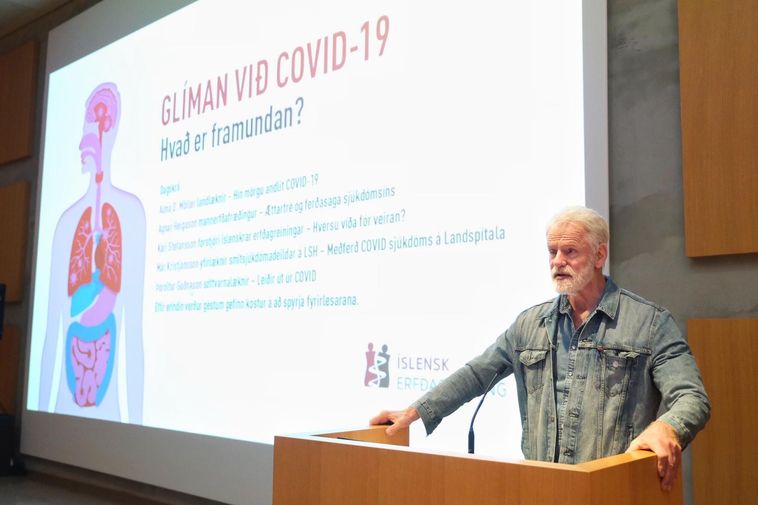 Aside from those Icelanders whose COVID-19 cases have been confirmed, 0.9 percent of the Icelandic nation has developed antibodies to the novel coronavirus, Morgunblaðið reports. This is the result of antibody testing done by deCode Genetics. The result was presented by the company’s CEO, Kári Stefánsson, at an informative meeting at the headquarters of deCode Genetics last night.

Kári revealed that deCode Genetics is cooperating in a project with scientists in British Columbia, Canada, attempting to develop antibodies for treatment. White blood cells from four individuals participating in the research were sent to a lab in Canada, where cells that create antibodies to a protein in the virus have been isolated. “We’re a long way away from being able to develop a drug on this basis,” Kári stated.

At the meeting, Director of Health Alma Möller stated that in Iceland, a higher ratio of people had been screened for the novel coronavirus than in any other country, thanks to deCode Genetics.

She stressed the importance of how quickly health authorities in Iceland reacted, once news of the pandemic spread, with early testing and quarantine measures. She noted that 57 percent of those diagnosed with the novel coronavirus in Iceland had already been in quarantine.

Chief Epidemiologist Þórólfur Guðnason stated at the meeting that in the near future, the chances of a large wave of the pandemic in Iceland are small. He stated he is opposed to entirely opening the country, but at the same time, he doesn´t want to keep it closed.

He noted that he may be willing to accept screening certificates from other countries, provided they are issued shortly before travelers arrive in Iceland. He added that tourists diagnosed with the novel coronavirus upon arrival could not be sent right back. That, he stated, would be against the law. Instead, they would have to be quarantined.