COVID-19-Tracing App to Be Launched Soon 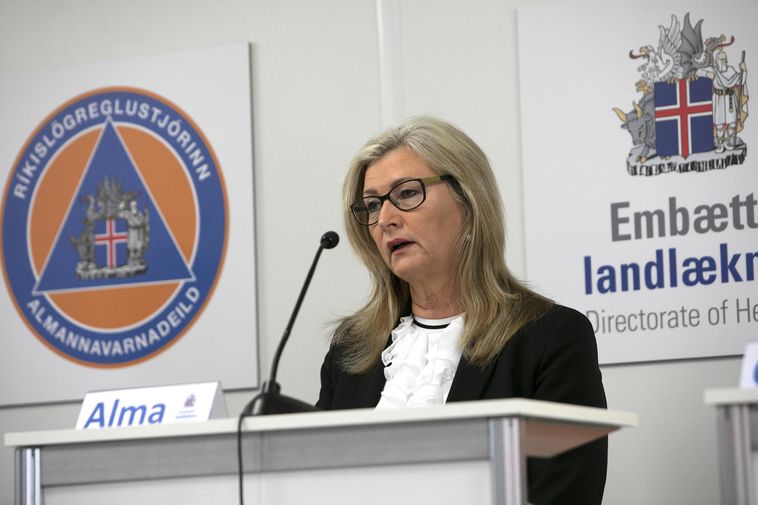 An app intended to help Icelandic health officials trace the origin of COVID-19 transmissions is ready to be launched, according to Director of Health Alma Möller, who writes an article in Morgunblaðið today.

Since the coronavirus that causes COVID-19 spread to Iceland, health authorities have worked hard to trace the origin of every transmission, so that people who have been exposed to the virus can be placed in home-based quarantine. At a press conference Monday, it was revealed that more than 90 percent of transmissions in Iceland have been successfully traced.

Alma explains that the use of the app requires double approval by the user– first an approval to use the app and later, an approval to share the information, if need be.

“The app uses GPS data, and information regarding the movements of the individual is only stored on his/her phone. Should the phone user be diagnosed with an infection, and should the team that traces transmission need to trace that user’s movements, the user will receive a request to share those movements with the transmission-tracing team,” the article continues.

Alma explains that as soon as the team no longer needs the location data, it will be deleted.

The Directorate of Health is responsible for the app, but numerous companies have helped develop it. The Data Protection Authority was informed about the project on a regular basis.

Alma encourages Icelanders to download the app, Rakning C-19, from the App Store or Play Store. “The more people who download it, the more useful it will be to the transmission-tracing team,” she writes.

UPDATE: Althouth the app is ready, it won't be launched today, as previously planned. It is being reviewed by Apple and Google.

We want Apple in Icelandic!