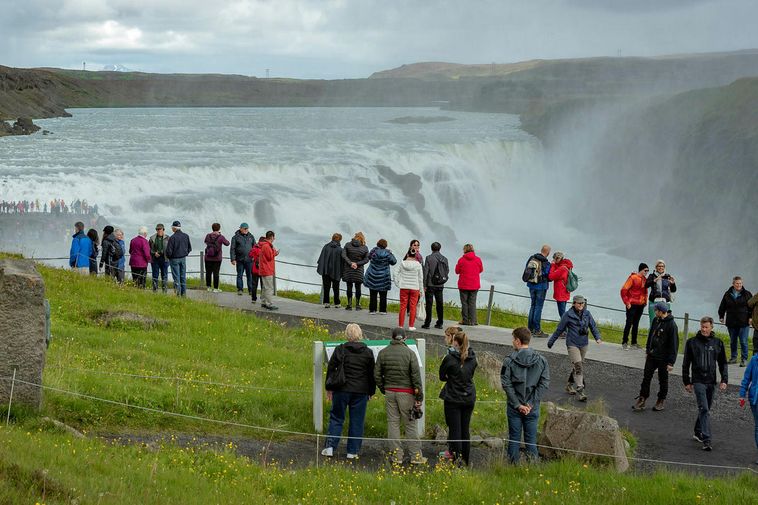 The COVID-19 pandemic could cost the Icelandic travel industry as much as ISK 260 billion (USD 1.8 billion; EUR 1.7 billion), Morgunblaðið reports. The uncertainty of the situation, however, makes the extent of the losses difficult to predict.

This is the result of calculations done for Morgunblaðið by Íslandsbanki and the Icelandic Travel Industry Association.

The calculations focused on the period from mid-March through the end of August, and they assumed next to no income from foreign tourists during that period, due to the pandemic.

Jón Bjarki Bentsson, chief economist for Íslandsbanki, estimates that the loss of income in the travel indurstry could amount to ISK 260 billion from mid-March through the end of August, based on last year’s income.

Vilborg Helga Júlíusdóttir, economist at the Icelandic Travel Industry Association, believes that figure is a reasonable estimate. One can estimate that the consumption of foreign tourists during this period last year was about ISK 208 billion, representing about 17 percent of the nation’s total foreign income.

Skarphéðinn Steinarsson, director general of tourism, states that the travel industry foresees a complete collapse in terms of income. He notes that other countries are encouraging domestic travel this summer. Iceland, however, has in recent years enjoyed a higher number of foreign tourists per capita than most nations.

While domestic travel accounts for about 50 percent of the travel industry in the rest of the Nordic countries, its ratio is less than 10 percent in Iceland.