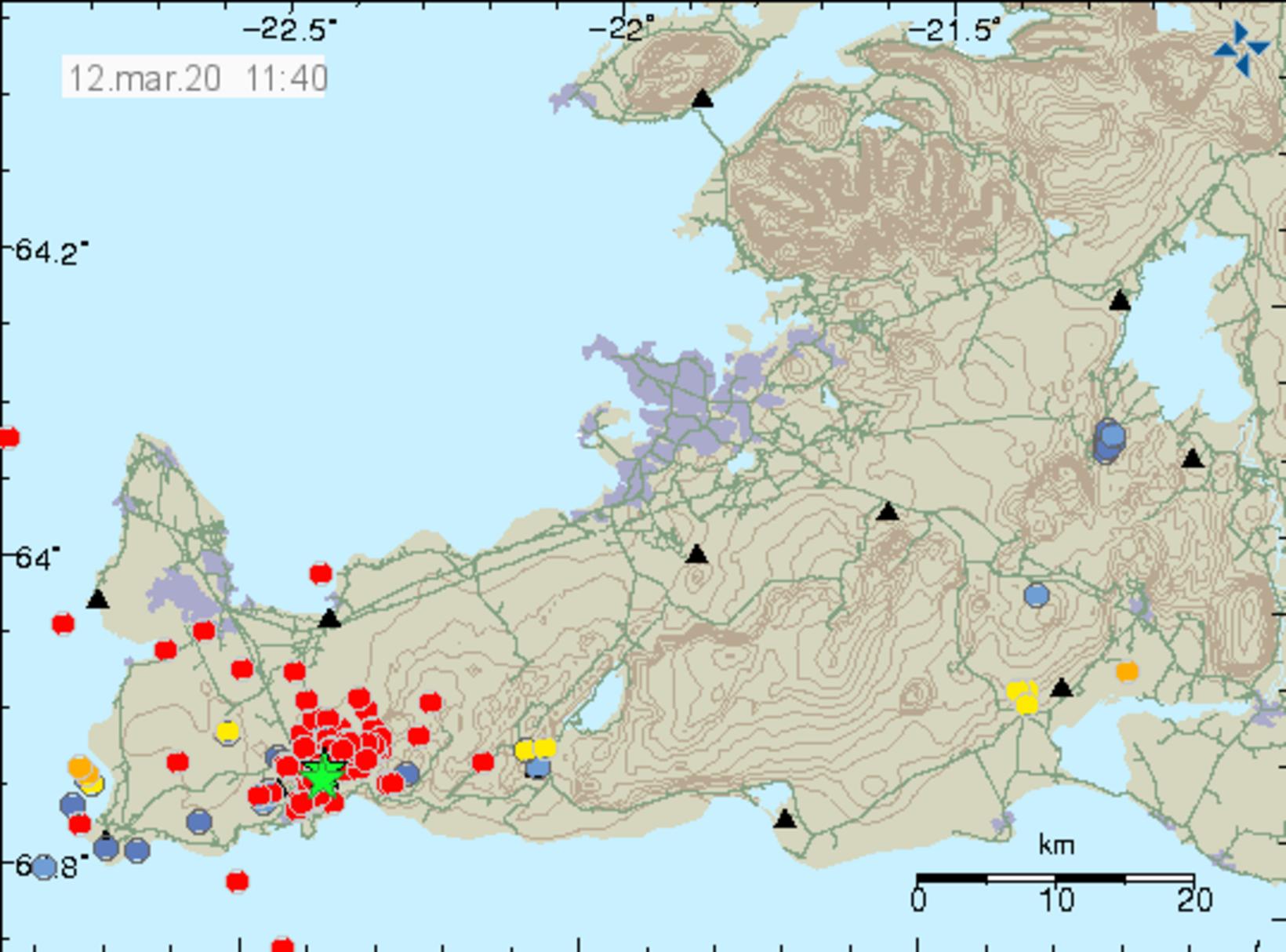 The location of the earthquakes. Map/The Icelandic Met Office

An earthquake of magnitude 5.2 hit the Reykjanes peninsula, Southwest Iceland, at 10:26 am today, mbl.is reports. The quake was noticed, not only in Reykjanes, but it the capital area and all the way to Borgarnes, West Iceland. Well over 100 people called the Met Office to report it.

The source of the earthquake was 5.4 km northwest of the town Grindavík, at a depth of 5.2 km.

The earthquake was preceded by a tremblor of magnitude 3 at 10:15, and numerous tremors have registered in the area since 9:30 this morning.

Hilmar Bragi Bárðarson, photographer for the local news website Víkurfréttir was at home in Reykjanesbær when the large earthquake hit. “This was a tremendous tremor,” he states. “I live on the fourth floor of a [five-story] apartment building, and the building swung, like you’d see in an American movie. It lasted a few seconds, but it felt like it would never end.”

According to a meteorologist, the source of the earthquake is approximately where there was a 5-cm inflation of the surface in January and February.

“There have been several aftershocks, the largest of which measured 3.5 in magnitude. It’s too early to tell what this means or what we can expect,” the meteorologist stated.

The Icelandic Met Office has called out additional staff. 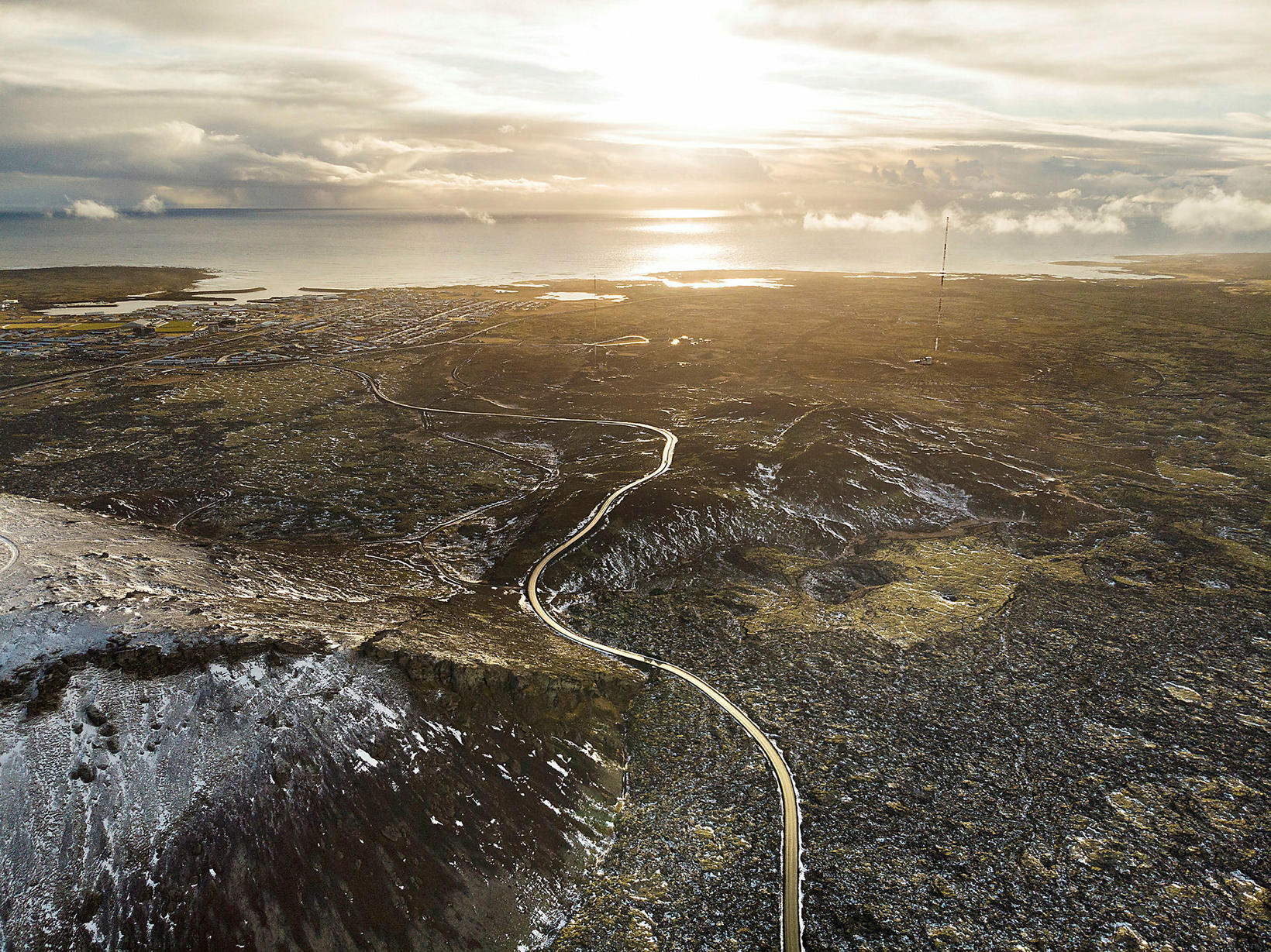 From the affected area in Reykjanes. mbl.is/Kristinn Magnússon