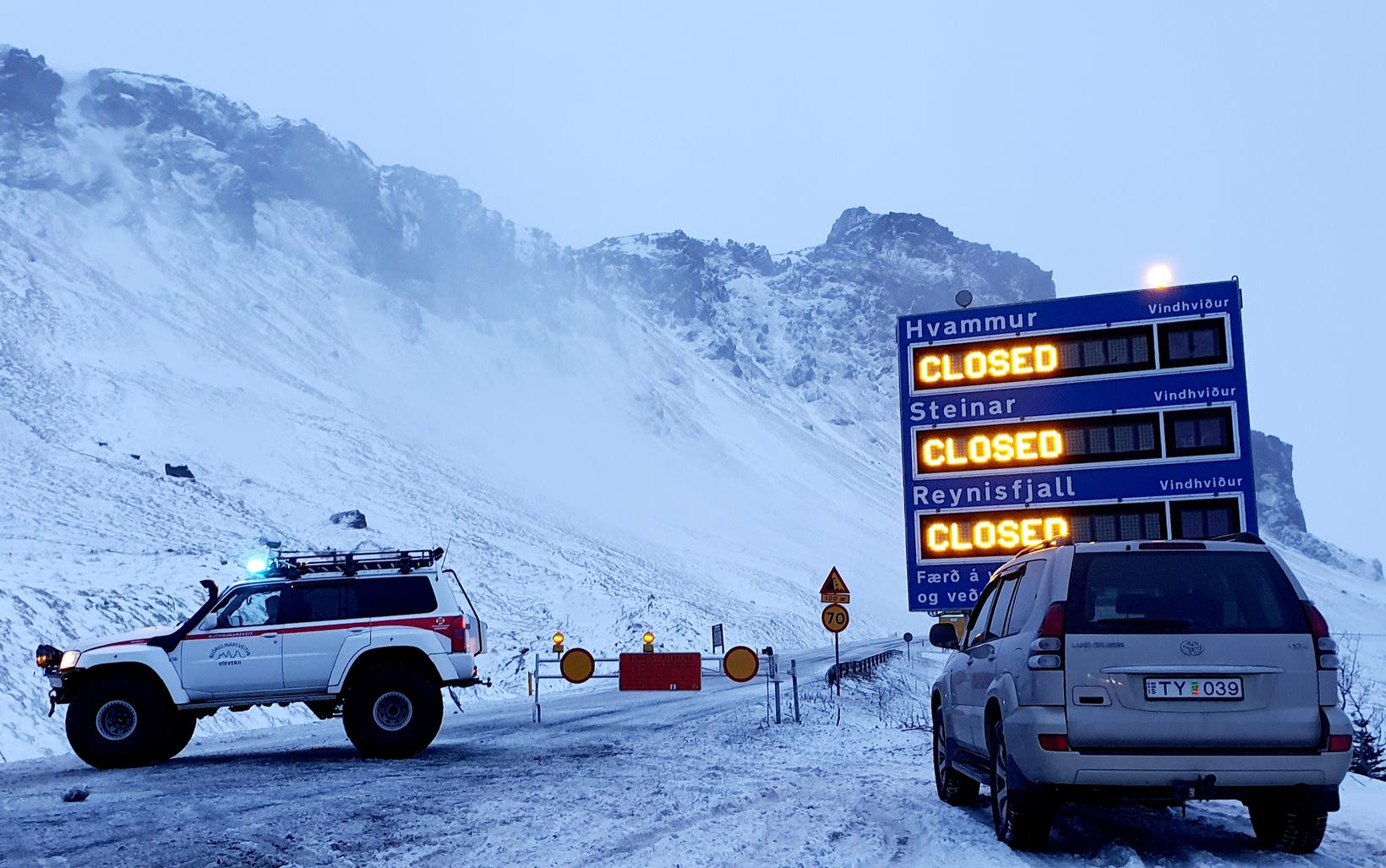 “The hotels are booked up, and we’re looking for any tiny room to accommodate people,” Elías Guðmundsson, owner of Hotels Kría and Vík in Vík í Mýrdal, South Iceland, told mbl.is last night. Numerous tourists were stuck in the area, due to severe weather and road closures.

The hotels can house up to 400 guests. In addition, Elías rents out 20 apartments in town, all of which were booked up.

He operates three restaurants in Vík í Mýrdal. One of them is located in the same building as Icewear and seats 180 people. “At least there is room for staying inside,” he stated. “ No one needs to remain in their vehicle.” 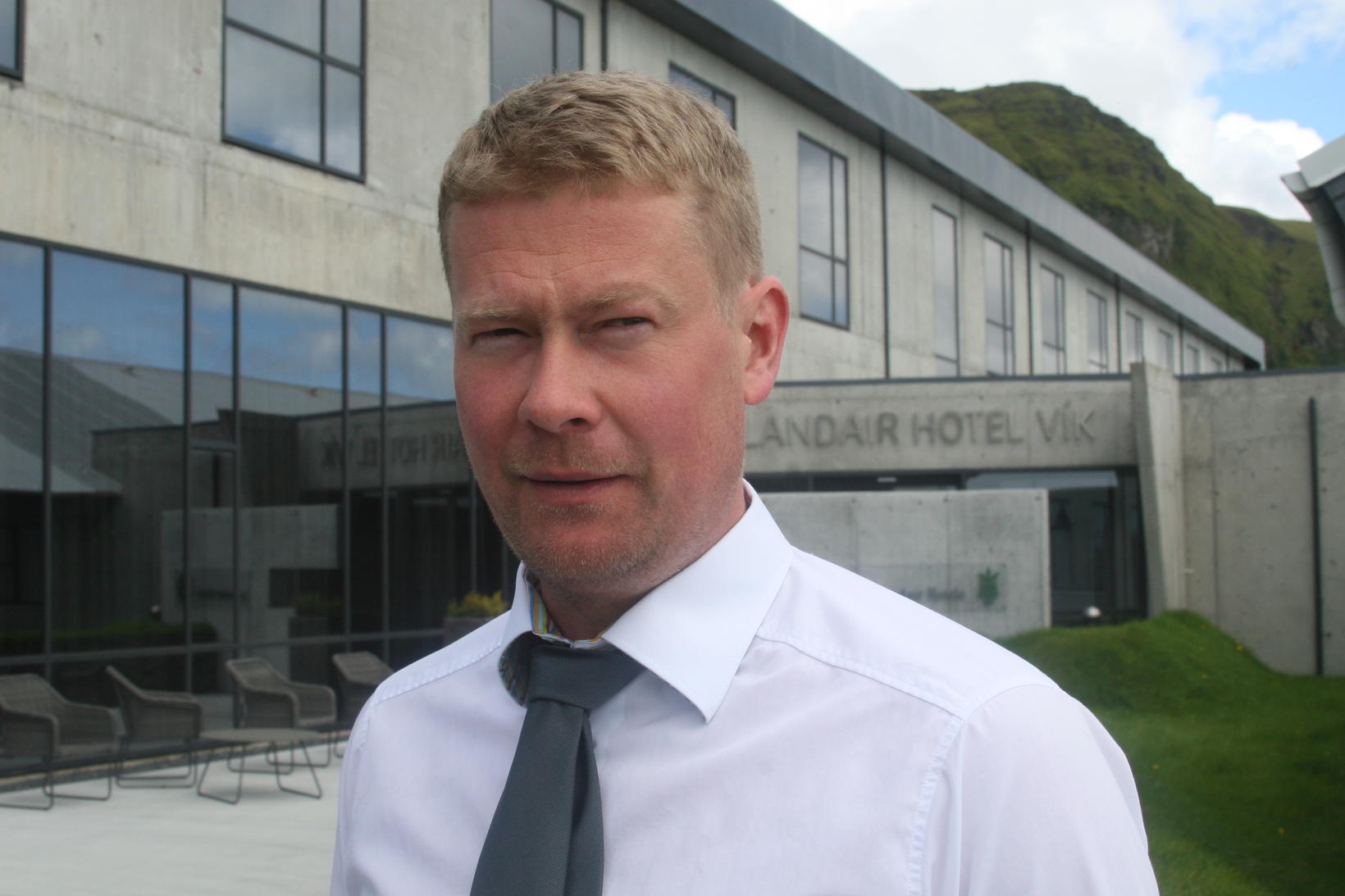 He noted that traffic in the area at this time of year is comparable to what it used to be in the middle of summer several years ago.

Due to the weather, numerous cars landed off the road in South Iceland last night, requiring the assistance of rescue teams. An orange weather alert was in effect in the area until 10 pm.

A long line of cars formed behind the road closure sign by Vík í Mýrdal last night, so it was clear that numerous people were unaware the road had been closed.

Yesterday, four small buses landed off the road in South Iceland – three by Reynisfjall mountain and the fourth one by Hof í Öræfum. No one was injured.

The road to Vík í Mýrdal was closed by Eyjafjöll mountains at about 2 pm, and the stretch of the Ring Road from Gígjukvísl to Jökulsárlón glacial lagoon was closed by 4 pm. 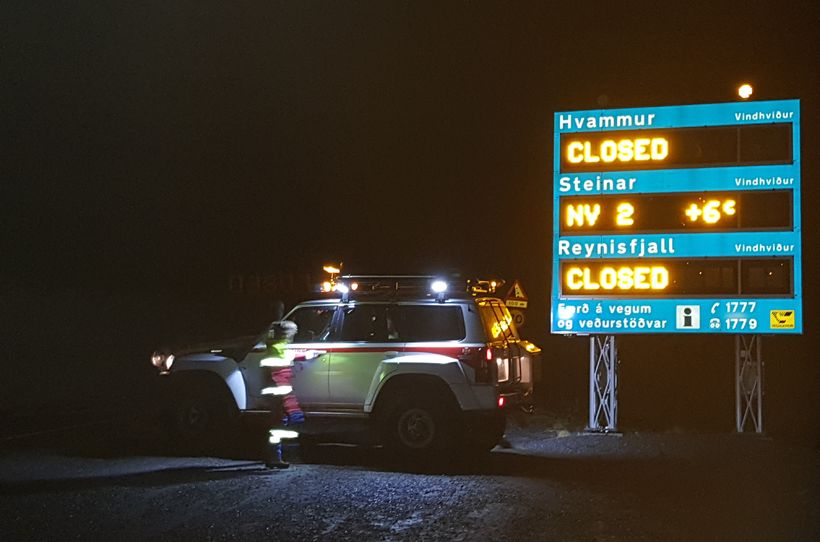 The Ring Road in South Iceland is open today, but large parts of it have icy spots.

Before traveling, it’s a great idea to go to safetravel.is and check out the travel conditions map, or to visit road.is for detailed information on roads in Iceland.

For the latest on weather, go to en.vedur.is .