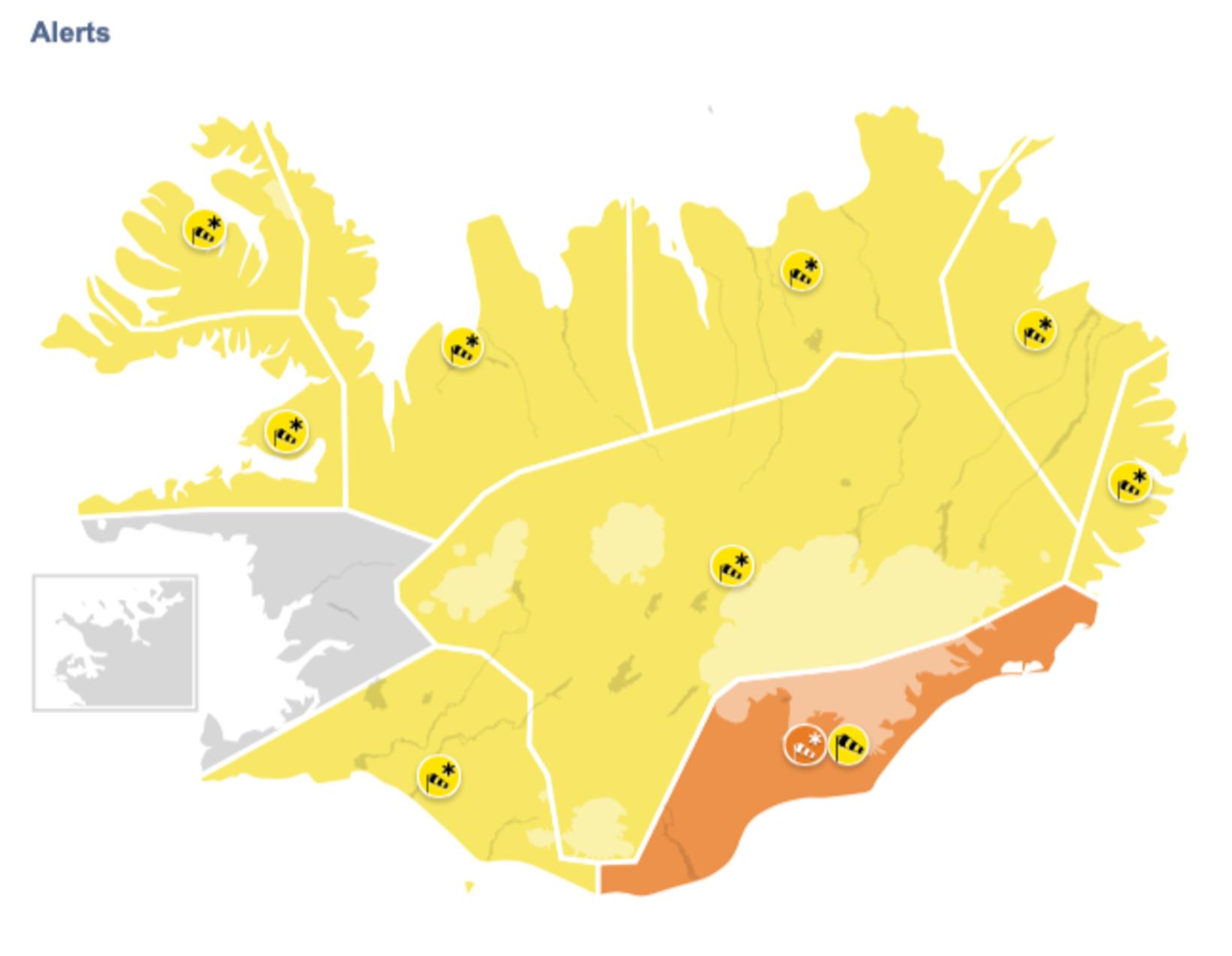 An orange weather alert has been issued by the Icelandic Met Office for Southeast Iceland today, effective from 5 pm till 10 pm. Prior to that, a yellow alert will be in effect from 2 pm to 5 pm. A blizzard is expected in the area after 5 pm, with wind speeds of 18-28 m/sec and considerable snow or sleet.

Wind gusts in Mýrdalur and near Vatnajökull glacier could exceed 35 m/sec. Travel is not advised while the orange warning is in effect. Roads are likely to become impassable. A yellow alert will be in effect in the area from 10 pm tonight until 5 am tomorrow. 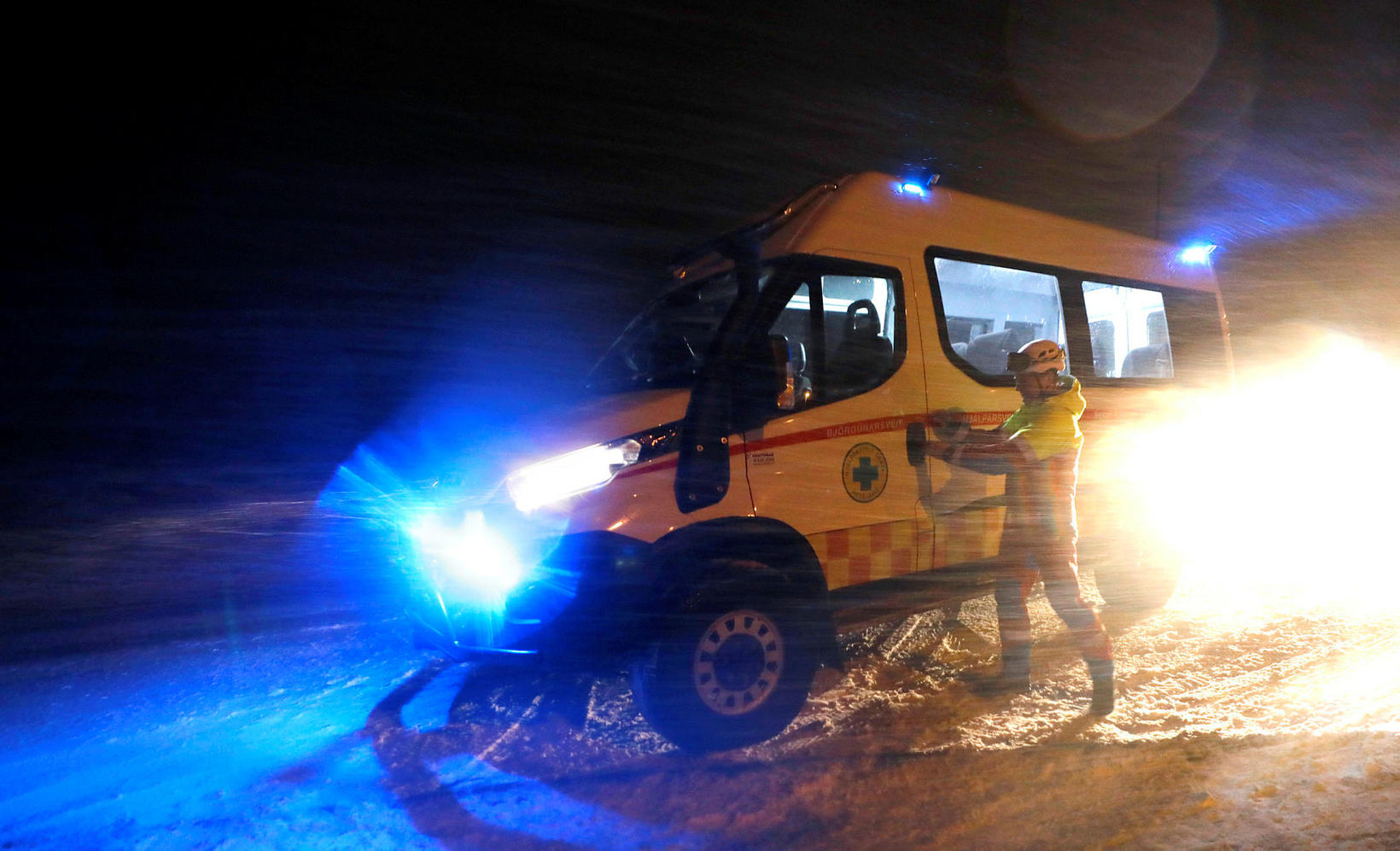 In South Iceland, a northeasterly gale is forecast, with snow and strong wind gusts near Eyjafjöll mountains. Driving conditions will be dangerous. The yellow alert will be in effect from 3 pm till 10 pm.

In Breiðafjörður, the West Fjords, Northwest Iceland and Northeast Iceland, a northeasterly gale and snow is expected tonight and into tomorrow evening. Roads may become impassable, especially mountain roads.

In the East Fjords, an easterly snowstorm is forecast for tonight and through 8 am tomorrow. Expect difficult driving conditions and the possibility of impassable roads.

For the central highlands, a northeasterly blizzard is forecast and no travel advised from 5 pm today until 6 am tomorrow.

In the northern part of the West Fjords and in the East Fjords, there is a considerable risk of avalanches , while the risk is moderate in the vicinity of Reykjavík and on the Tröllaskagi peninsula in North Iceland.

Look up travel conditions on safetravel.is or road.is .