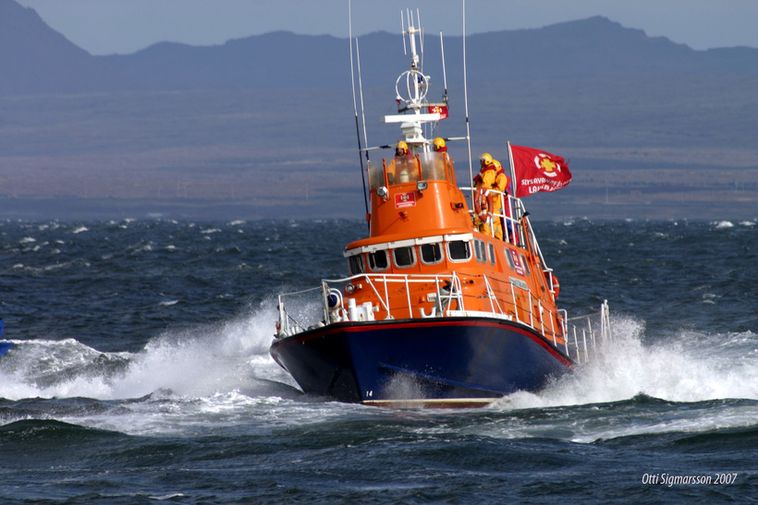 A man was rescued early this morning from a small fishing boat, just north of Vogar, Reykjanes, Southwest Iceland, after his fishing boat had suffered engine failure and drifted fast toward the shore in high winds. The fisherman requested help shortly after midnight.

Working in very windy conditions and high waves, rescue teams from Suðurnes and the crew of the trawler Sóley Sigurjóns GK succeeded in getting a line to the boat and taking it into tow.

Since the fisherman was exhausted, the team decided to send a rescue worker by an inflatable boat over to the fishing boat to assist him. The fishing boat was subsequently towed to Hafnarfjörður. Conditions were extremely difficult, and the rescue operation was not over until after 6 am.

The video below was shot by rescue workers.