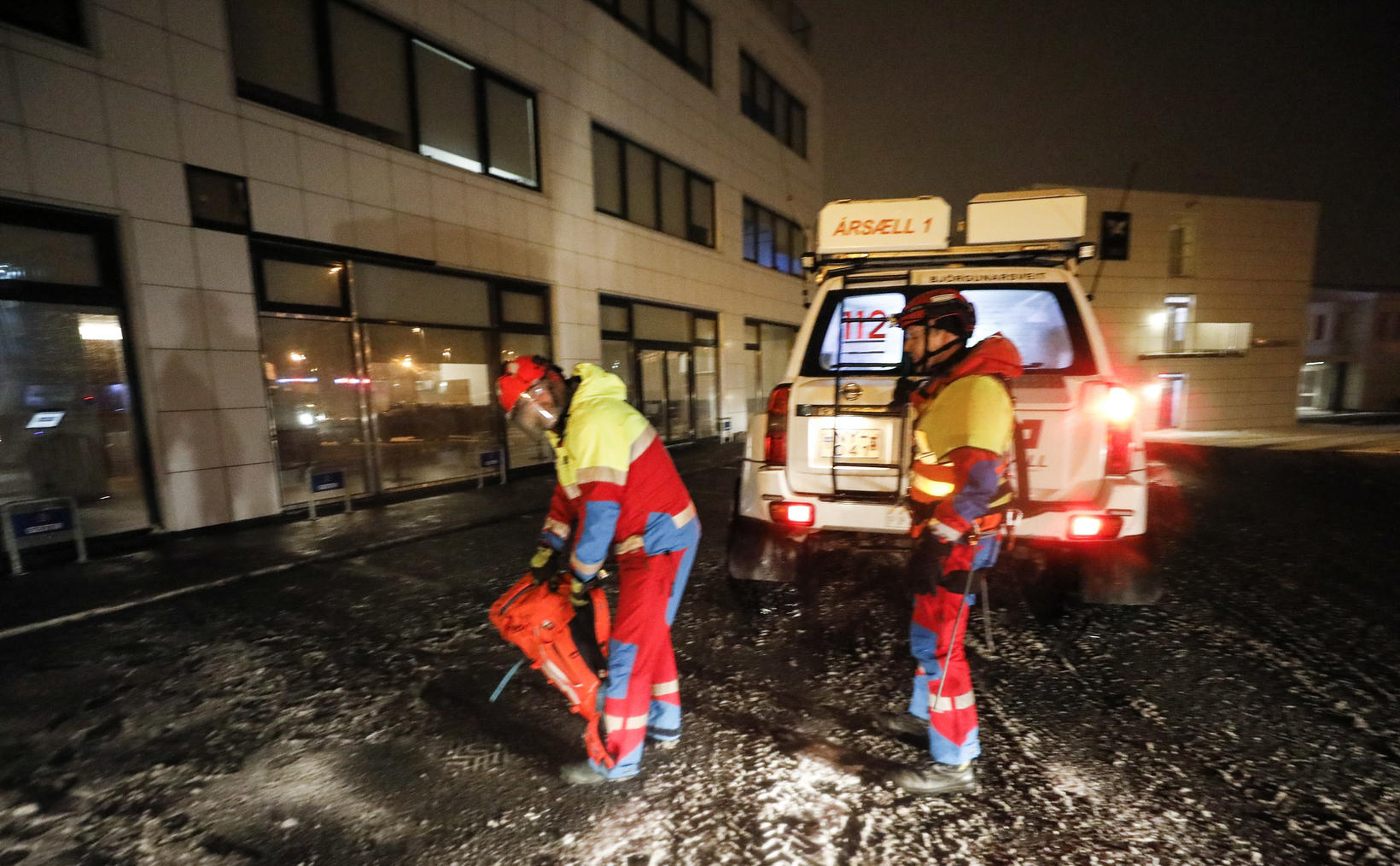 The severe weather is affecting the whole country of Iceland this morning. Rescue workers have been called out between 200 and 300 times since last night, mainly to attend to flying debris, mbl.is reports.

About one hundred rescue teams are at work throughout the country. A special armored vehicle has been moved to Kjalarnes, Southwest Iceland, where the weather has been the worst this morning. 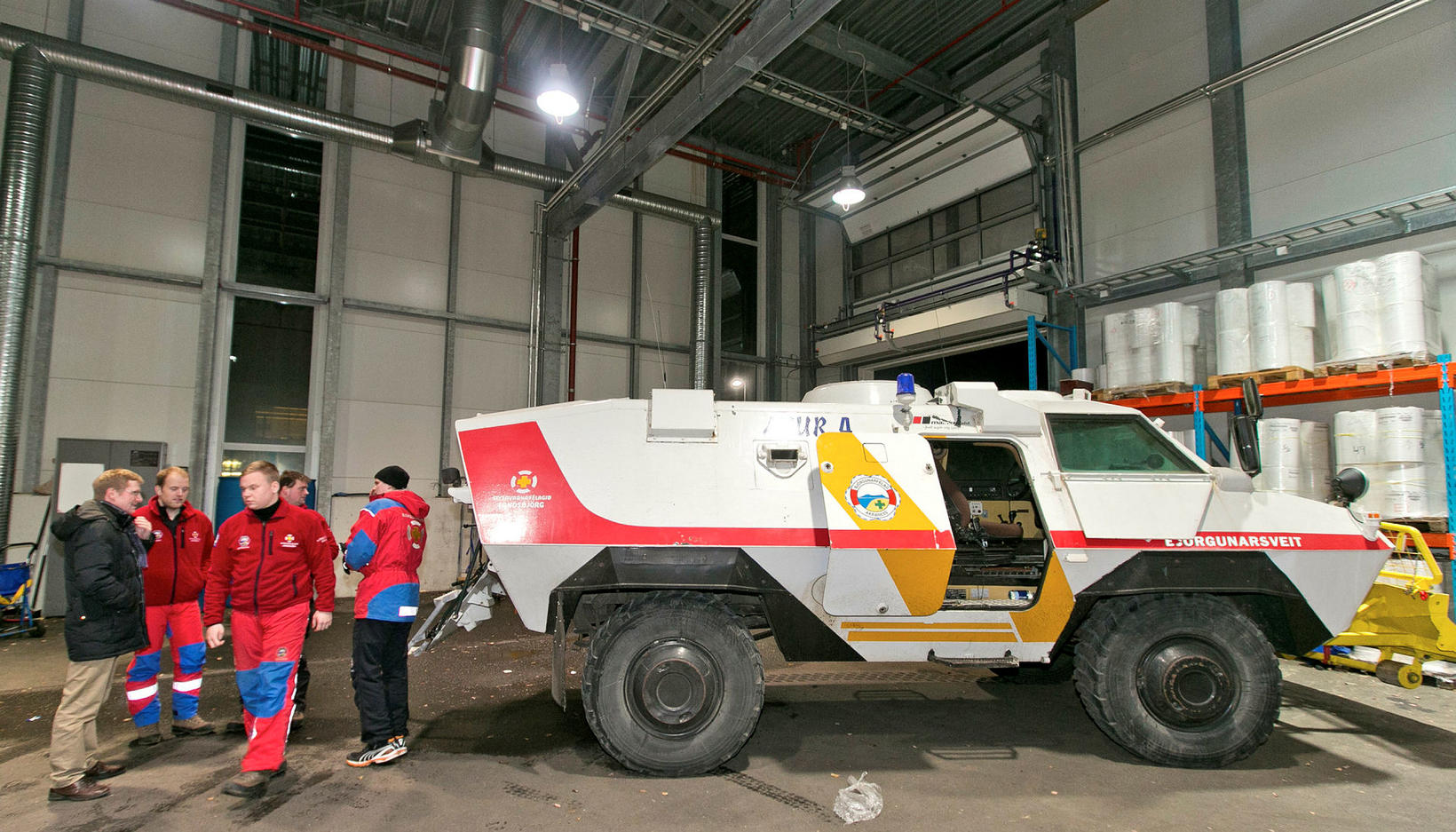 An armored vehicle was taken into use in Kjalarnes. mbl.is/Ómar Óskarsson

“This type of vehicle is very heavy and can take a lot of wind,” states Davíð Már Bjarnason, ICE-SAR media representative. Roofing sheets were blown off an apartment building in Kjalarnes, and when rescue workers have to deal with flying roofing sheets and other debris, the vehicle improves their safety, he explains.

In Vestmannaeyjar islands alone – a place known for being windier than most - police and rescue teams were called out 18 times overnight, and at 8 am, they were still busy. One of the tasks involved a house in town, the roof of which was coming off in one piece. “We’ve had a sustained wind speed of 43 m/sec,” Police Chief Páley Borgþórsdóttir tells mbl.is , “and the wind gusts have been up to 58 m/sec.” The high winds were accompanied by major precipitation, and roads are extremely icy. No injuries have been reported.

Most people on the island have remained indoors since last night, except for the 20 rescue workers and five police officers working overnight.

A motor boat was reported to have sunk in Vestmannaeyjar harbor this morning. 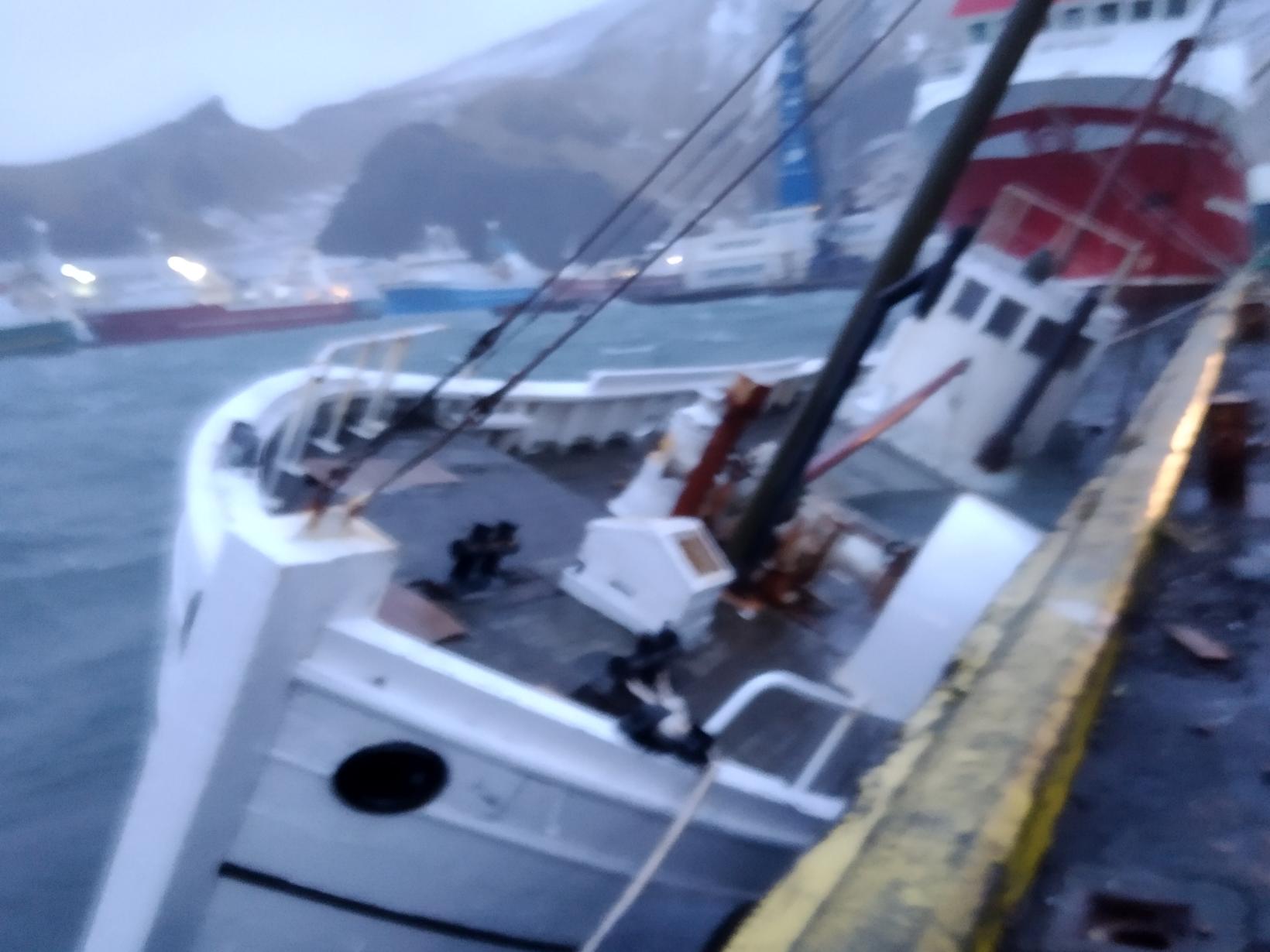 On the Reykjanes peninsula, rescue teams have been called out 50 times since last night. Reykjanesbraut road, that connects the capital area to Keflavík International Airport, was closed earlier this morning, but has been reopened. Conditions remain extremely windy, though, and the road is icy.

A roof came off one house in Vogar, Reykjanes, as well as siding. Cars in Reykjanes were blown off roads, roofing sheets hit a car, and a ship was about to lose its mooring in Njarðvík harbor.