A 23-year old man lost his life in an avalanche that fell in Esja mountain yesterday, mbl.is reports.

The Icelandic Coast Guard helicopter was called out at about 12:30 pm yesterday. Three people had been in the area, near a popular trail that leads to Móskarðshnúkar peaks, when the avalanche hit. It appears that a snowbank in a gully gave way in what specialists refer to as a terrain trap, causing one of the men to be buried in snow at the bottom of the gully.

All rescue teams in the capital area were called out, as well as ambulances, police and fire fighters. More than 100 people took part in the search and rescue effort. The man’s travel companions were able to point to the location where he fell. He was discovered by 2:25 pm, about two hours after the avalanche fell, and transported by helicopter to hospital, where he was pronounced dead. He was a resident of Hafnarfjörður. 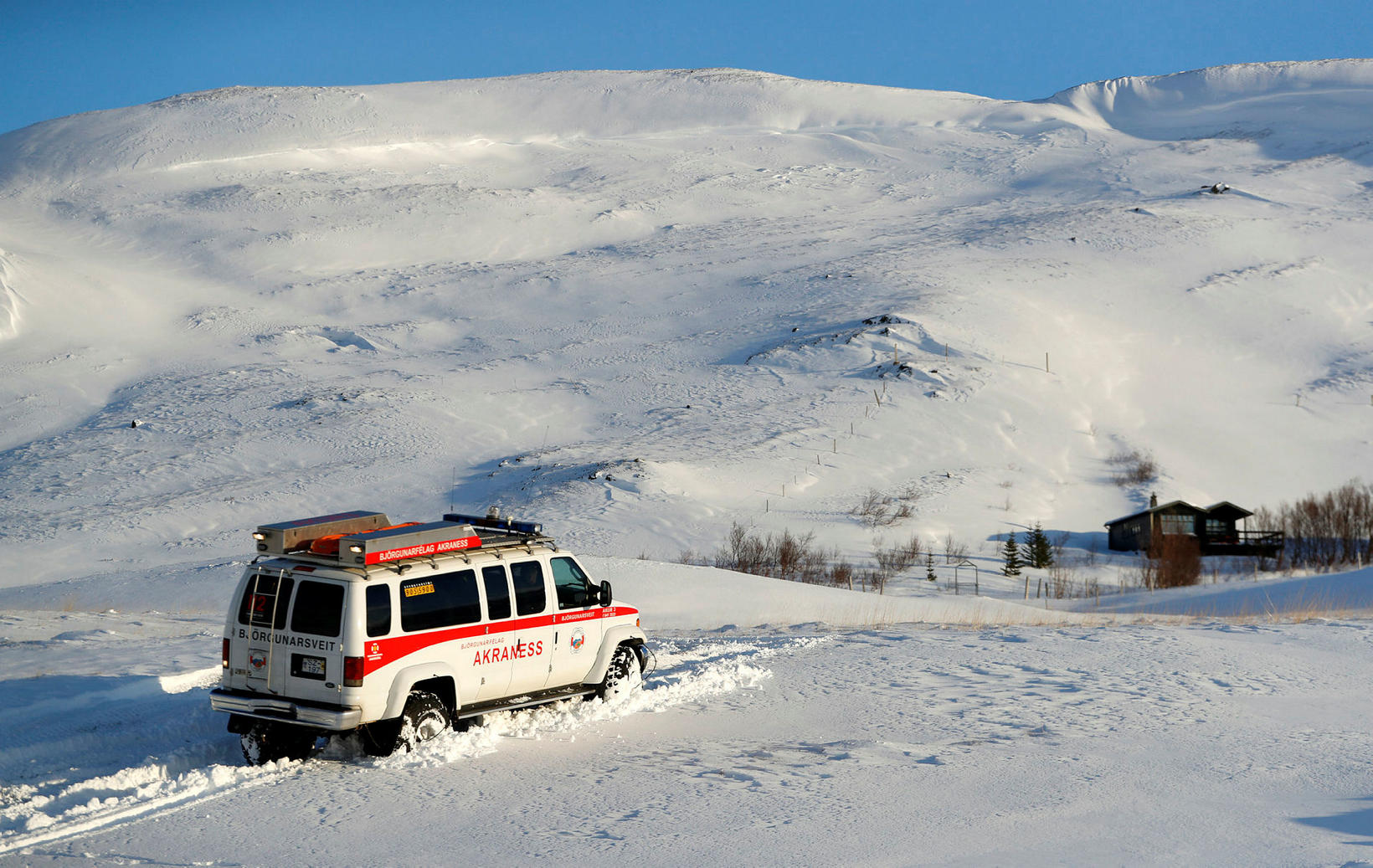 According to the Icelandic Met Office , another small avalanche fell in the same area on Tuesday. Small avalanches have fallen in Mosfell and Skálafell mountains, also in the vicinity of Reykjavík, in recent days.

Show showers earlier in the week have led to considerable new snow accumulation on top of older, mostly stable, snow pack. Drift snow has formed wind slabs that can be dangerous. Today’s avalanche danger scale for this area is orange, meaning there is considerable risk of avalanches.

Three years ago, on January 28, 2017, a young man lost his life in an avalanche in the same mountain, east of the Mógilsá hiking trail.