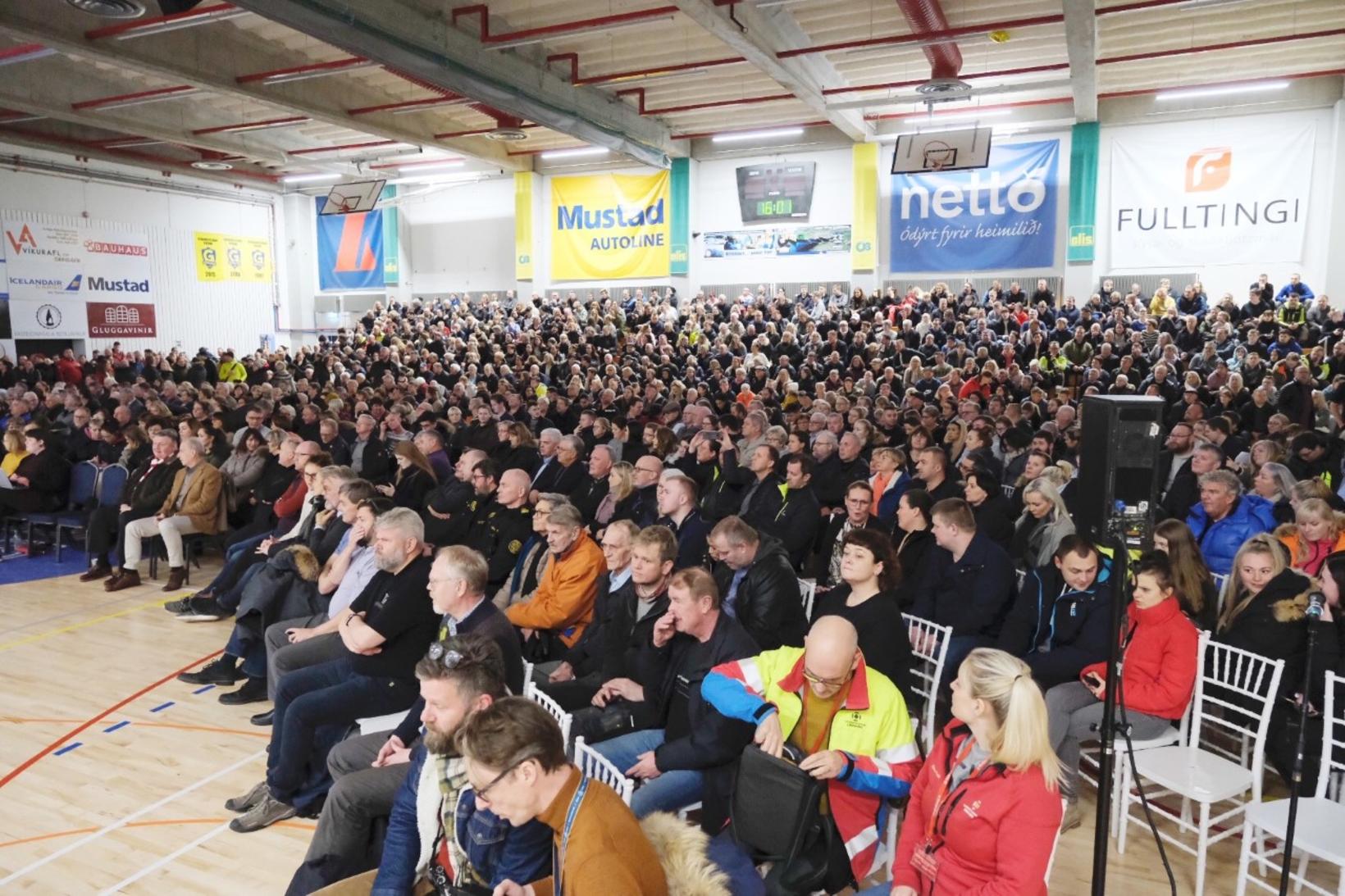 Yesterday’s town meeting in Grindavík, on the Reykjanes peninsula, was very well attended. It was held after a phase of uncertainty had been declared in Reykjanes, due to the possibility of magma accumulation west of Þorbjörn mountain, located north of the town and just south of the Blue Lagoon. 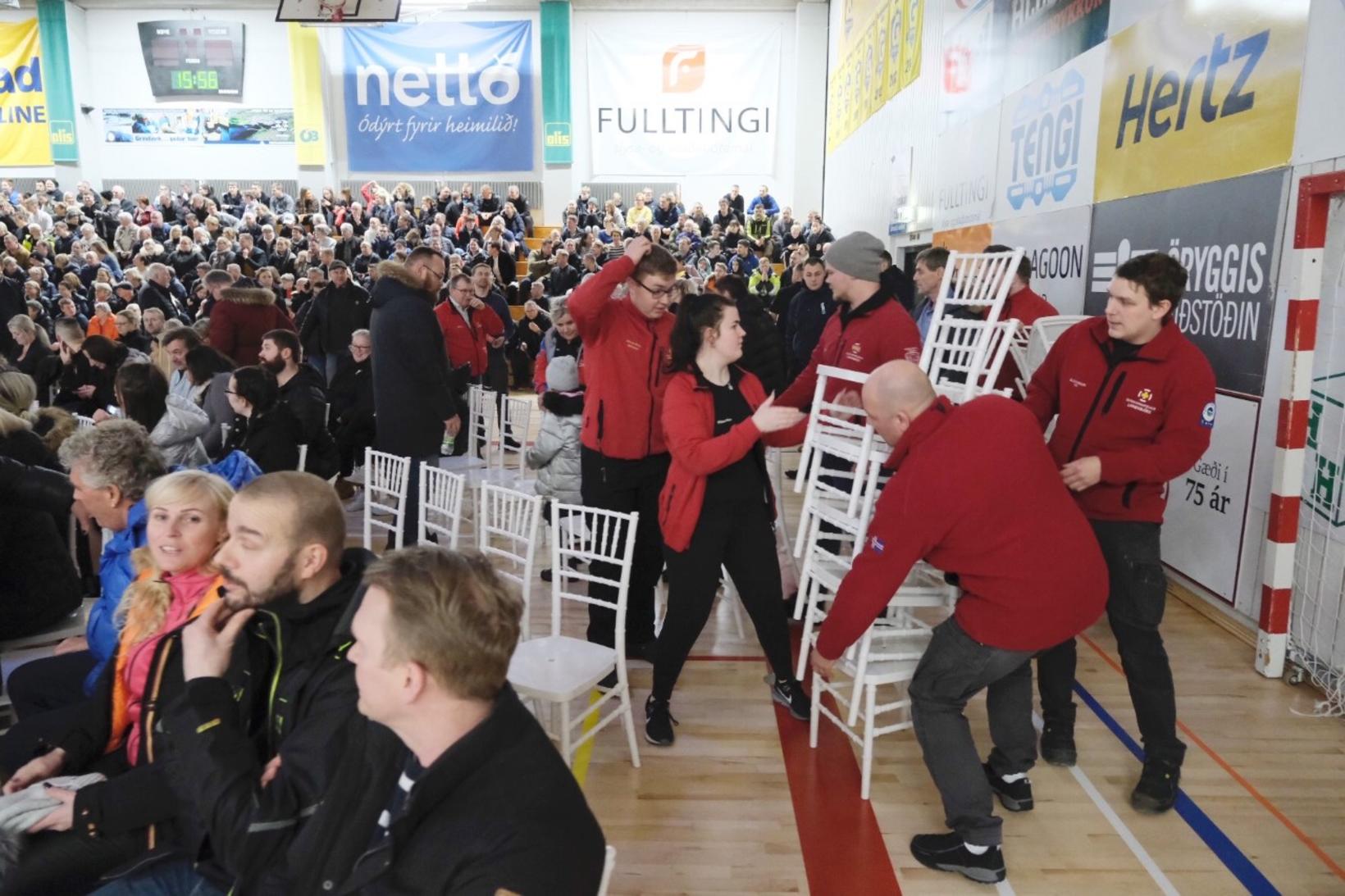 At the town meeting, scientists from the Icelandic Met Office and the University of Iceland Institute of Earth Sciences reviewed the situation, along with representatives from the Department of Civil Protection and Emergency Management and the Suðurnes chief of police.

Geophysicist Magnús Tumi Guðmundsson addressed the gathering. “The reason we have declared an alert phase is that we cannot take any chances,” he stated. “We must be prepared. We live in Iceland, and this is a land of volcanoes.” There has not been a volcanic eruption in Reykjanes since the 13 th century. 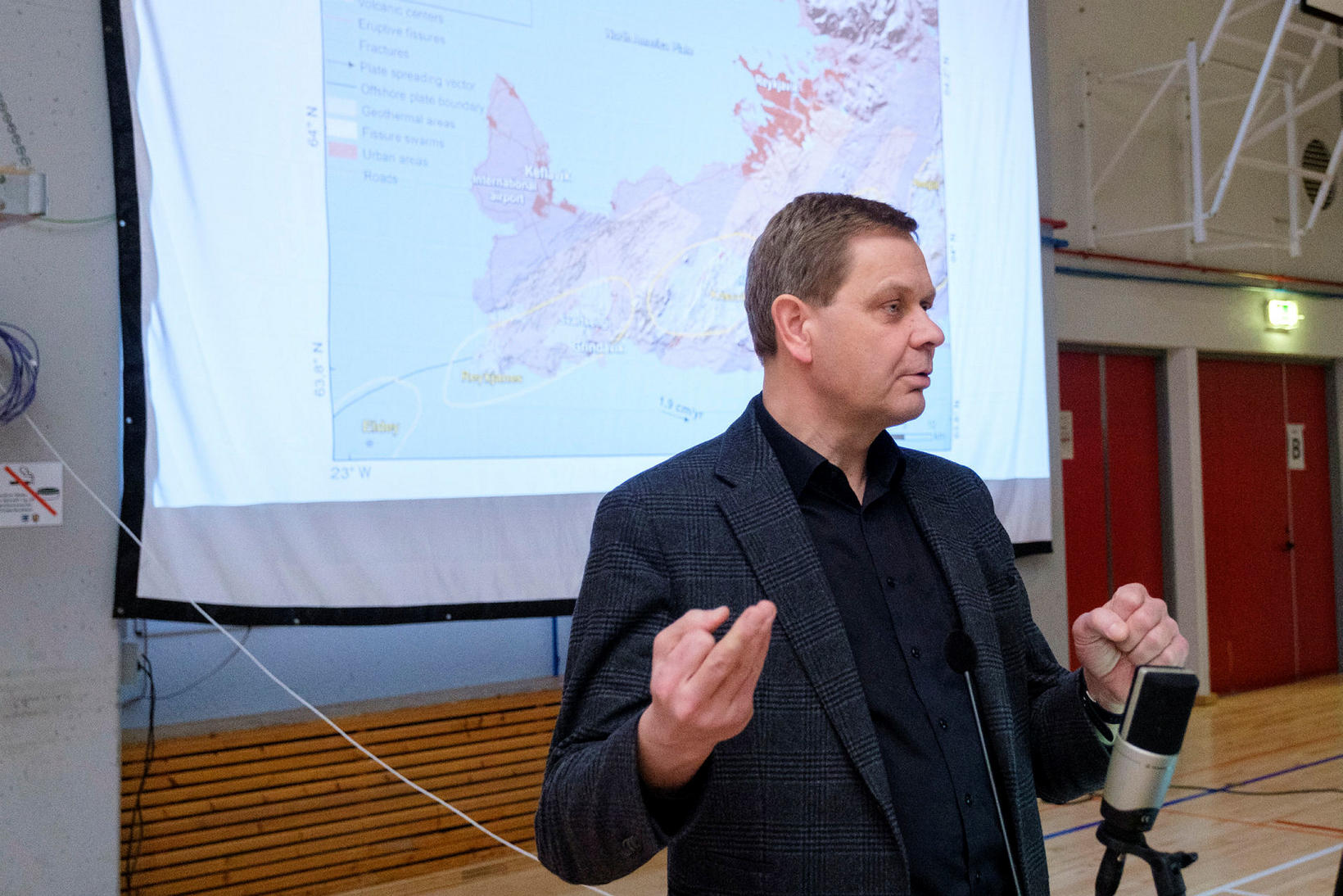 Since January 21, inflation has been detected west of Þorbjörn mountain, located just south of the Blue Lagoon. It amounts to 3-4 mm a day and had accumulated to nearly 3 cm by yesterday afternoon.

A tremor of magnitude 2.4 registered 4.3 km northwest of Grindavík shortly after 7 am this morning. It was preceded by an earthquake of magnitude 3.1 last night, shortly before 7 pm, the source of which was 5.6 km north-northeast of Grindavík. 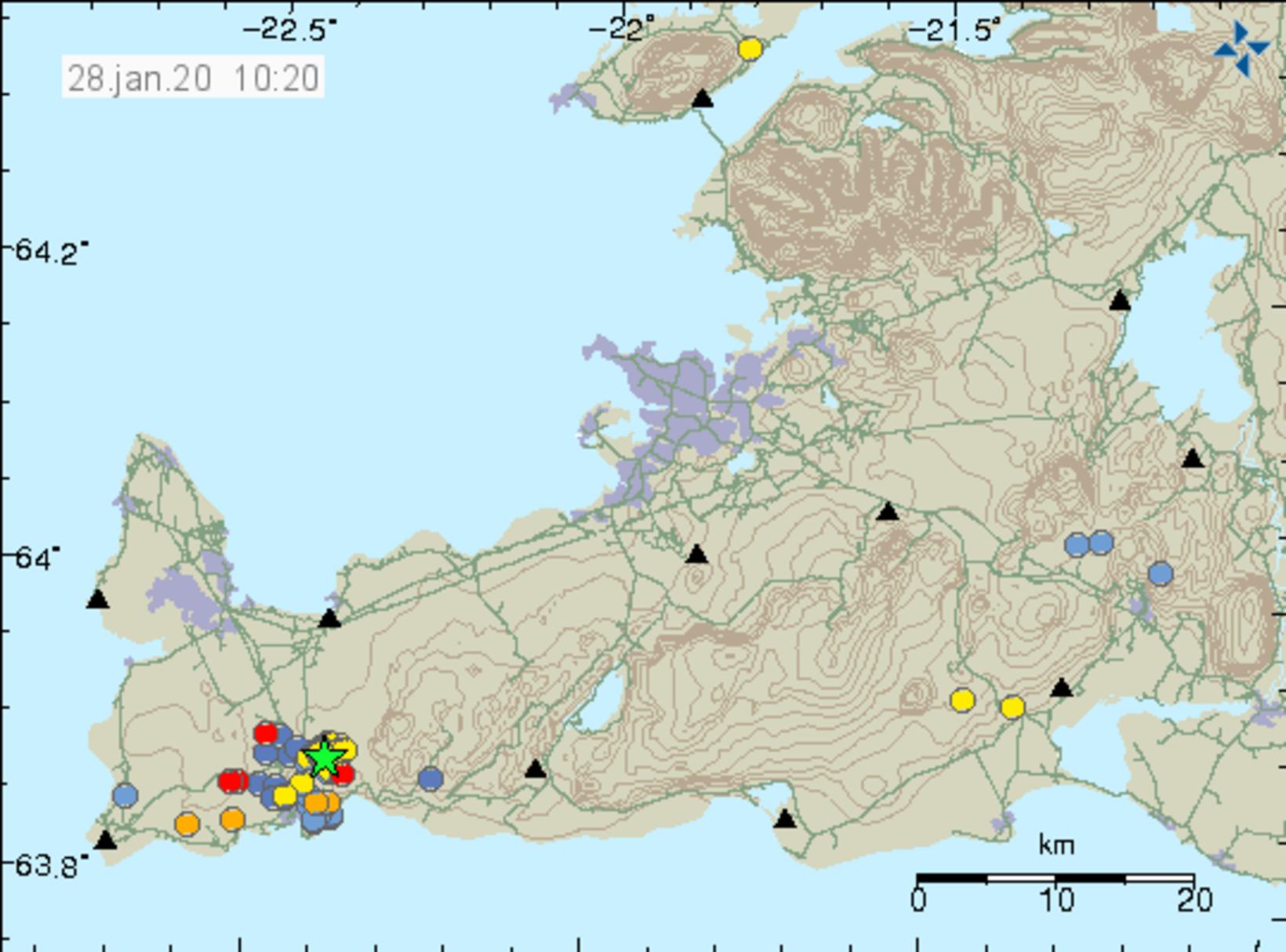 It remains unclear whether the unusually rapid inflation in recent days is due to magma accumulation, and even if that turns out to be the case, it would not necessarily lead to an eruption. Magnús Tumi explained that nine times out of ten, magma intrusion does not lead to a major event, mbl.is reports.

If this is indeed magma accumulation, it may soon cease without any event. Further seismic activity with earthquakes of up to 6 in magnitude is another possible scenario, and, finally, an eruption along a fissure, which would include a lava stream, is a possibility. If magma is not accumulating, the inflation could lead to increased seismic activity of up to 6 in magnitude.

He stressed that although no one knows what will happen, everyone must be prepared for an eruption. “In our home, we do not expect fire, but we do install a smoke detector nonetheless,” he stated.

He explained that previous eruptions in the area have created a lava field of about 20 square km. There could be much property damage, but people are usually able to escape a stream of lava, he stressed.

At the town meeting, residents were informed about evacuation plans, as well as insurance issues.