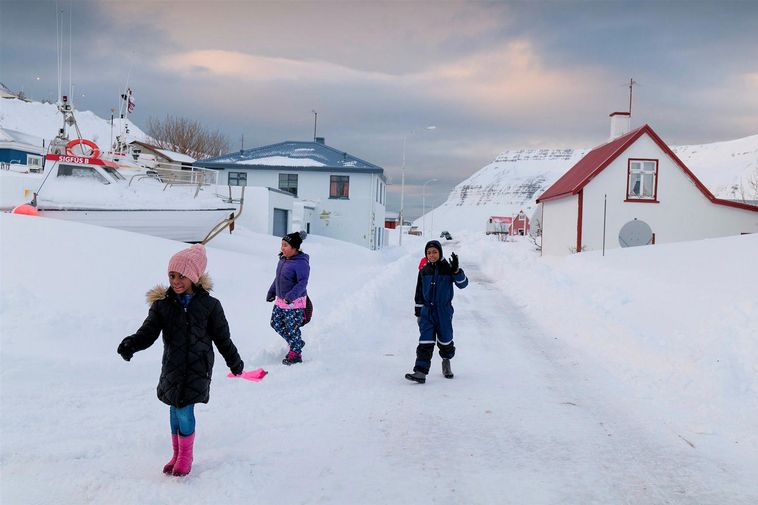 The avalanches that fell in Flateyri, the West Fjords, Tuesday night are among the largest in world to have hit deflecting dams, according to the Icelandic Met Office. Miraculously, no one was injured.

You can see a map of where they fell here.

Both avalanches overran the deflective dams, one of them burying a residential house in snow. According to Doppler radar, the speed of the larger avalanche, just before it hit the dam was 45-60 m/sec, which is the equivalent of 150-200 km/hr (93-124 mph).

Data regarding the volume of the avalanches is not yet available, but the one that hit the residential home is believed to be about as large as the one that hit Flateyri in October of 1995, claiming 20 lives.

You can take a look at the deflecting dams and signs of Tuesday’s avalanches in the pictures here.

The tsunami that hit Suðureyri , located in the fjord north of Flateyri, Tuesday night may have been as much as 6 meters (20 ft) high, Þorleifur Kristján Sigurvinsson, port manager in Suðureyri, tells Morgunblaðið. An avalanche on the north side of Súgandafjörður fjord triggered a tsunami at 11:06 pm in Suðureyri, located on the fjord’s south side. The fjord is about 600-m wide at this point.

“This happened at high tide,” Þorleifur explains. Residents were unaware of the tsunami until it hit the street in the village that is closest to the ocean, because it was dark outside and there was limited visibility. There were signs that the tsunami passed the breakwater, which is up to 3-m high at high tide.

Some moorings in Suðureyri harbor came loose, but no boat was damaged. The length as well as the height of the breakwater was increased, following a large avalanche in 1995. Þorleifur is convinced that is what protected the harbor from damage this time.