Due to a serious accident, Ring Road 1 has been temporarily closed in Southwest Iceland, between the Þingvallavegur road exit and the Grundarhverfi neighborhood in Kjalarnes. Two people have been transported to hospital, mbl.is reports.

According to Chief Inspector Valgarður Valgarðsson, it appears that a container fell off a semi-trailer truck and landed on two cars. He wouldn’t reveal how seriously injured the two people were.

Ambulances and fire trucks were sent to the scene, which is being cleared of debris from the vehicles. 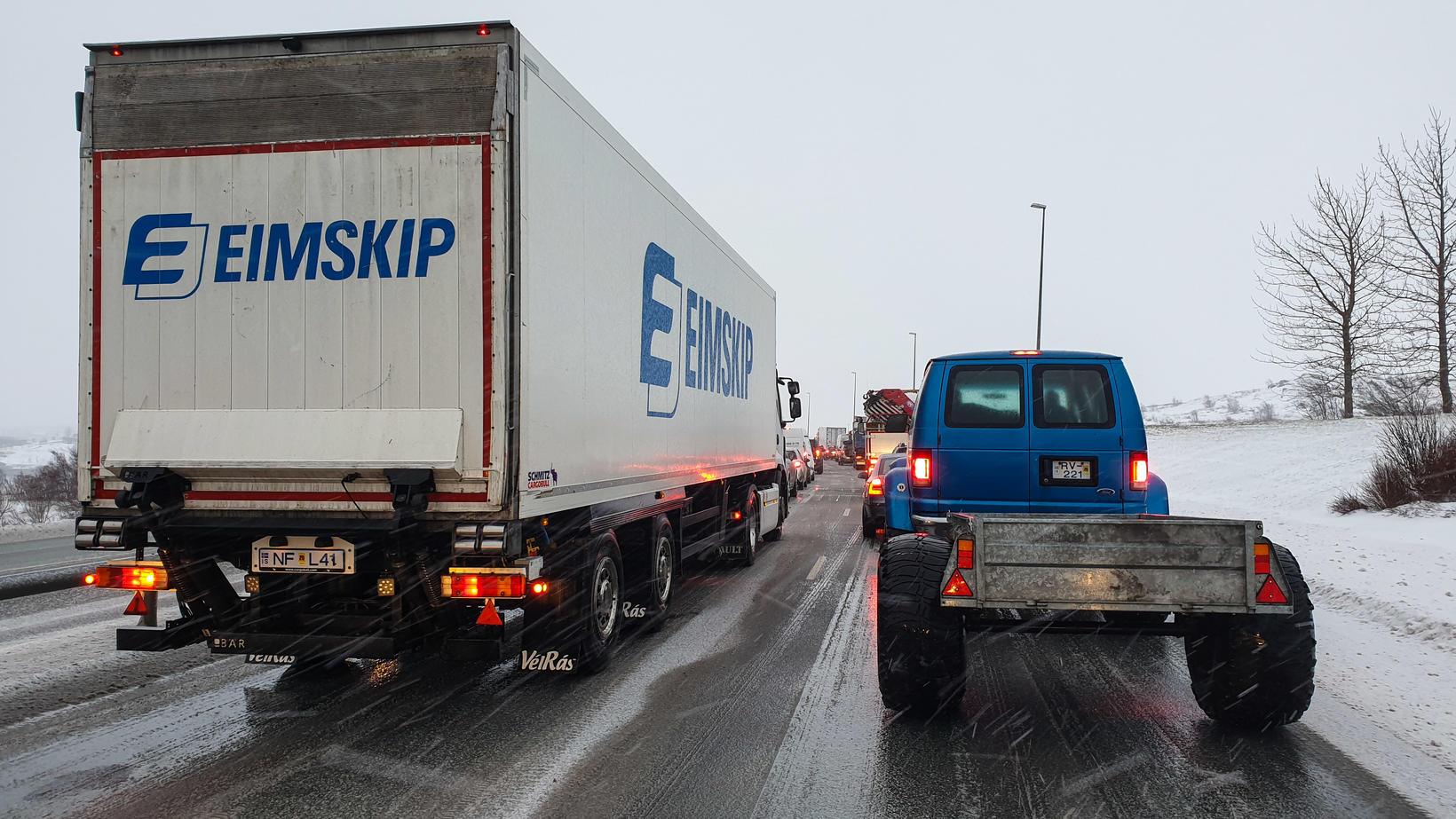 Traffic on this part of the Ring Road has come to a halt. Morgunblaðið photographer Eggert took this picture while stuck there in traffic. mbl.is/Eggert