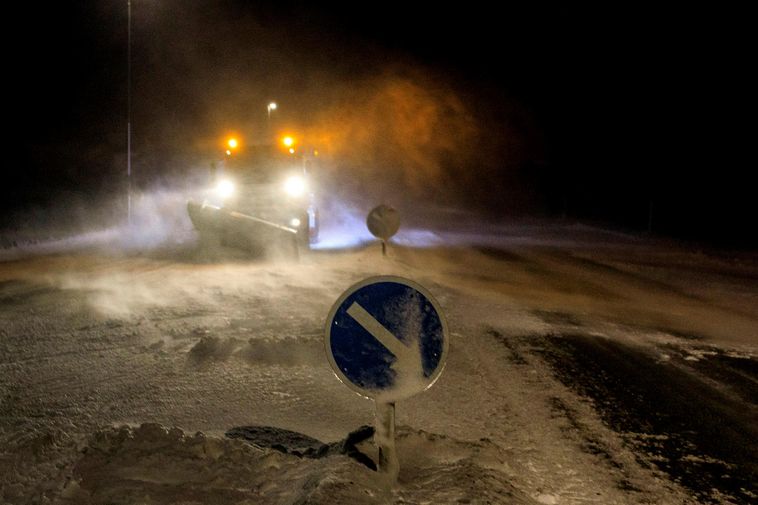 The Icelandic Met Office has issued a yellow weather alert for the whole country today. The weather is already affecting transportation and could result in power outages, especially on the Reykjanes peninsula, Southwest Iceland, but power outages are possible in the south, west and north as well, partly due to the accumulation of salt and ice on power lines, mbl.is reports.

There could be thunder and lightning in Southwest and South Iceland. Please note that strong winds create hazardous driving conditions for vehicles sensitive to wind.

The weather will affect the schedule of bus company Strætó outside the capital area. For the latest updates, go to straeto.is and click on the trumpet in the lower left corner for announcements.

The Vestmannaeyjar islands ferry Herjólfur will sail from Þorlákshöfn today, instead of Landeyjahöfn harbor.

A blizzard warning is already in effect for the West Fjords and won’t expire until 11:30 pm. There are dangerous travel conditions in the area while the warning is in effect.

A blizzard warning is in effect for Breiðafjörður until noon, followed by a severe gale warning this evening. Poor driving conditions.

A blizzard warning for the central highlands takes effect at 3 pm and expires 24 hours later. The Met Office warns of dangerous travel conditions in the area.

In the capital area, a blizzard warning will be in effect from 3 pm today until 9 am tomorrow. Expect difficult driving conditions.

For South Iceland and Faxaflói, a gale or severe gale warning takes effect at 2 pm and 3 pm, respectively, and is good until 10 am tomorrow. In Faxaflói, expect difficult driving conditions.

The weather system then moves eastward, affecting North and East Iceland after 6 pm and into the morning hours with a severe gale. It will hit Southeast Iceland and the central highlands by 3 pm. In those areas, the warnings won’t expire until tomorrow afternoon.

For a detailed forecast, visit en.vedur.is.