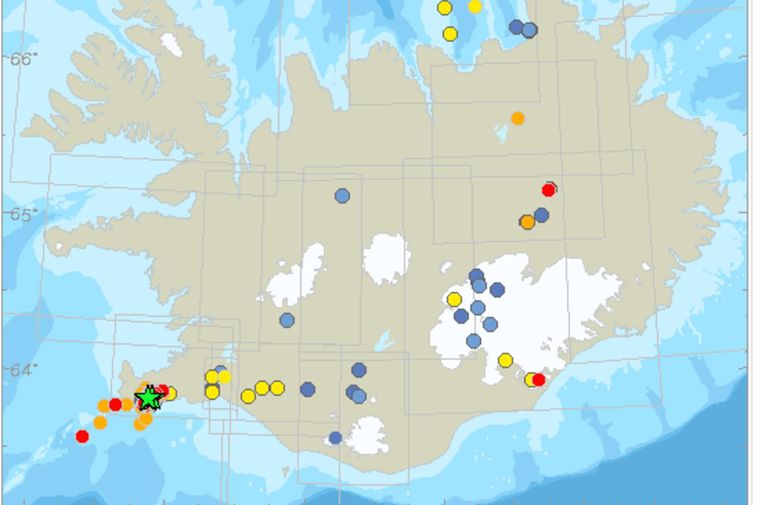 About ten earthquakes, of magnitude 3 to 3.7, have registered on the Reykjanes peninsula, Southwest Iceland, since 8 am yesterday morning, in addition to close to 900 tremors, according to mbl.is. The source of the earthquakes is  Fagradalsfjall mountain, mainly its east side.

According to the Icelandic Met Office, the first one, which hit at 7:59 yesterday morning, measured 3.5, followed by one at 7:48 pm last night and another one at 7:57 pm, both of which were of magnitude 3.6. Nearly ten more earthquakes followed, of magnitude 3 and more.

All ten quakes are believed to have been detected in Grindavík, Keflavík, the capital area, as well as Akranes. The Icelandic Met Office has received numerous reports from people who did detect them.

Earthquakes are common in this area. Here, you can see a detailed map of the location of the recent seismic activity. For more information on seismic activity in Iceland, go to en.vedur.is.